Lake City—aka, “The City of Friendly People”—could be in for a lot more people.

That’s according to mind-bogglingly ambitious development plans unveiled today for a multifaceted, multi-tower, $800-million project that aims to put Clayton County squarely on the map in terms of global travel, upscale living, and luxury business destinations.

Attended by city and county officials and hosted by veteran Atlanta news anchor Karyn Greer, a ceremonial groundbreaking took place this morning for what’s officially titled “The Roman at Clayton County Entertainment Complex”—or “The Roman at CCEC” for short, or “The Roman” for shorter. The site is a vacant shopping center about eight miles from Atlanta’s airport, or a dozen miles from the city’s center, where projects of such scale are traditionally built. 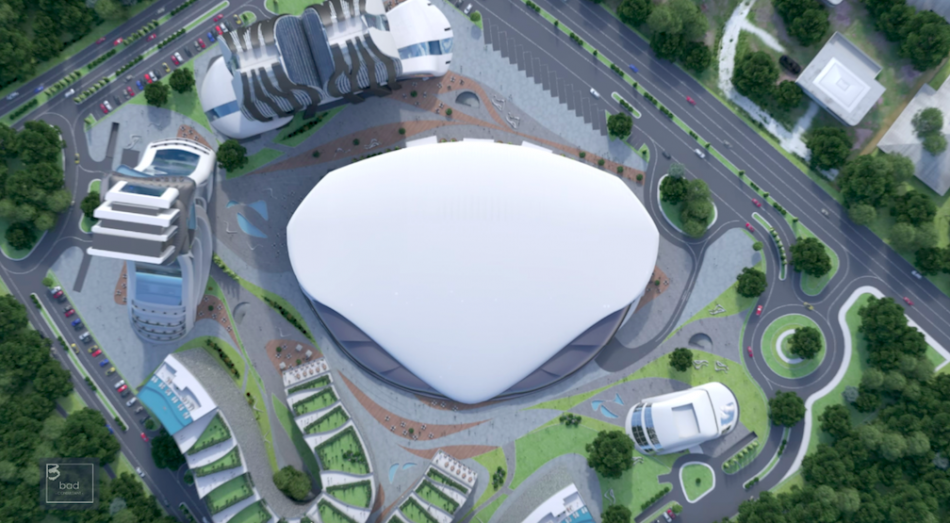 The 7,500-seat amphitheater is pictured at center, surrounded by a 25-story luxury hotel, a 25-story Class A office building, and at bottom left, two 27-story mixed-use towers where condos are planned. Courtesy of Roman United; designs, Yamasaki/Bad Consult

The developer is Roman United, described as a “leading commercial property development firm” with completed projects around the world. Company reps described the 5711 Jonesboro Road proposal as “futuristic” and “state-of-the-art” in a groundbreaking announcement earlier this week—and indeed, according to renderings, it would create daring high-rise architecture like metro Atlanta’s never seen, should plans come to fruition.

Project reps tell Urbanize Atlanta the core feature of The Roman’s 26-acre site will be a 7,500-seat amphitheater, a modernistic, low-lying, amoeba-like structure pictured in the center of renderings released today. (From certain angles, with all due respect, the proposal resembles a monstrous flapjack devouring a Frisbee.) 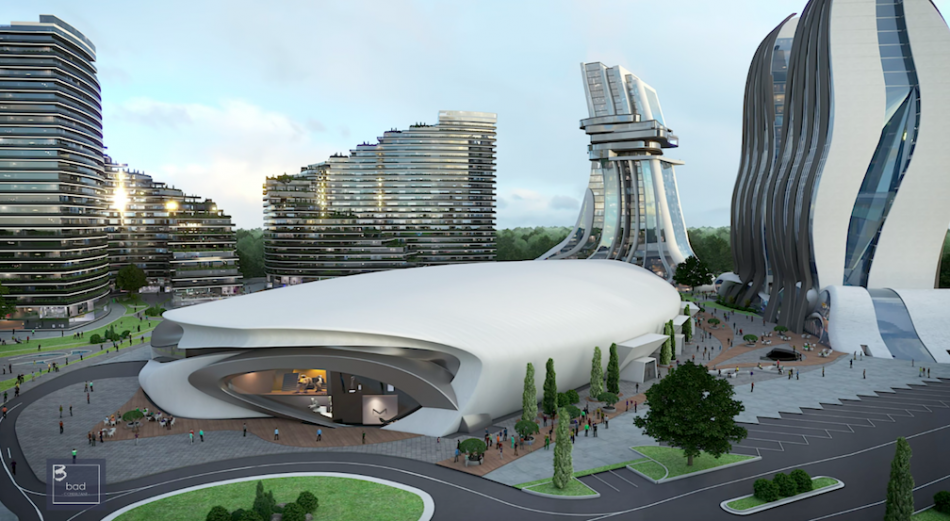 Surrounding that entertainment piece, according to the development team, will be three separate high-rise components: a 25-story luxury hotel; a 25-story Class A office development; and two mixed-use towers rising 27 stories each, with a TBD number of for-sale condos in each building.

Elsewhere on site will be a business incubator described as “world-class,” plus luxury shopping, retail, and food and beverage options. As an added perk, according to Roman United reps, Lake City’s walking trail will be woven into the project for a “complete nature and entertainment experience.”

Jacques Roman, Roman United’s CEO and founder, said he explored multiple counties for possibly building a project expected to cost more than twice the price of the Atlanta Braves’ Truist Park, but Clayton County’s “philosophy and mission aligned with our company culture” and ultimately put the south metro locale ahead.

“We are committed to giving Clayton County and its residents jobs, international flare, and attraction it deserves,” Roman said in a prepared statement today. “We will make Clayton County the most-wanted zip code not only in the U.S. but in the world.” 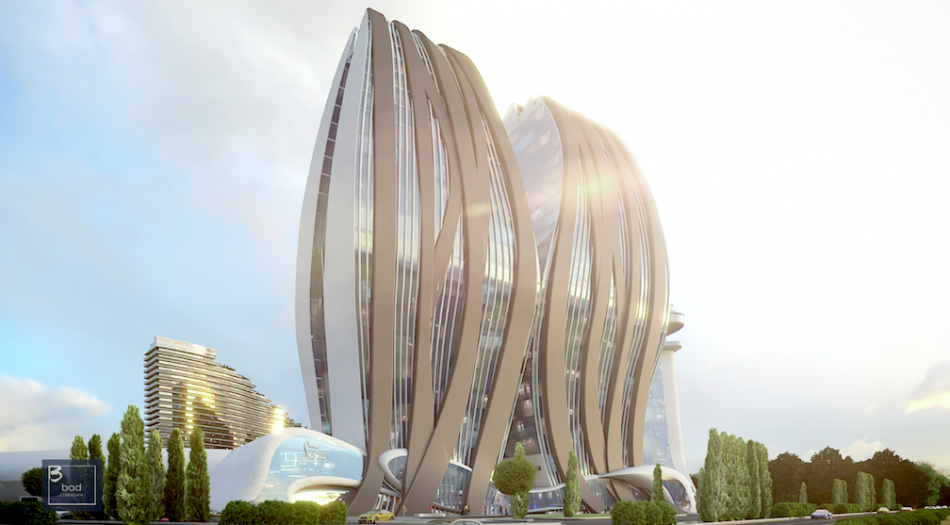 On board for designs is Yamasaki, a Detroit-based architecture firm founded in 1955 with a portfolio of projects and grand proposals around the world, including in explosive markets such as China, Dubai, Saudi Arabia, and Abu Dhabi.

According to renderings, an alliance of international and local architectural firms and engineering companies called Bad Consult is also involved. The company has seen 32 projects with $12 billion in value realized, per its website.

One goal of the complex is to address the need for more mixed-use development in Clayton County, and Roman United officials estimate it will bring close to $100 million annually in economic impact.

The site is home for now to the former Lake City Crossing shopping center on Jonesboro Road, which has been largely empty for more than a decade. The National Archives at Atlanta complex is located across the street.

Project officials said today phase one of The Roman (the amphitheatre and one high-rise building) is expected to be complete by August 2023—an ambitious timeline, at least by Atlanta standards.

Without further ado, head to the gallery above for glimpses of this Clayton County mega-proposal from virtually every angle.