Here’s a townhome perk you don’t hear about often, if ever, in Atlanta: runway views from the rooftop deck.

But that’s expected to be one feature of a unique Chamblee infill project that’s broken ground on a vacant corner lot across the street from Peachtree DeKalb Airport, a few feet from the Brookhaven border.

In another nod to aviation, Atlanta-based homebuilder and development company Roma Fine Homes is calling the modern-style, seven-townhome venture “The Foxtrot.” It’s inspired by Dutch designs, specifically the concept of a central woonerf, or the Dutch term for “living yard,” a shared space that’s meant to mingle people with vehicles, according to project officials.

The Euro-centric design style has gained traction in the U.S. (if not yet in Atlanta), with the intent to create tighter spaces that slow down vehicles and encourage people to step outside and congregate. (A concept that called for turning downtown Atlanta's signature street into its own woonerf didn't exactly fly. Because Atlanta.) 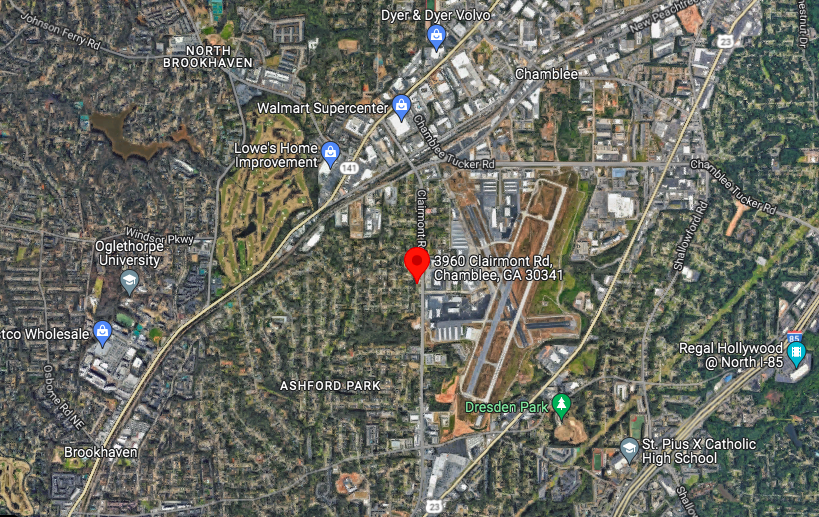 Each 3960 Clairmont Road townhome will have a roof deck overlooking the airport, arranged in what’s almost a full rectangular pattern around the central common space.

All homes will have two-car garages accessed via the courtyard. 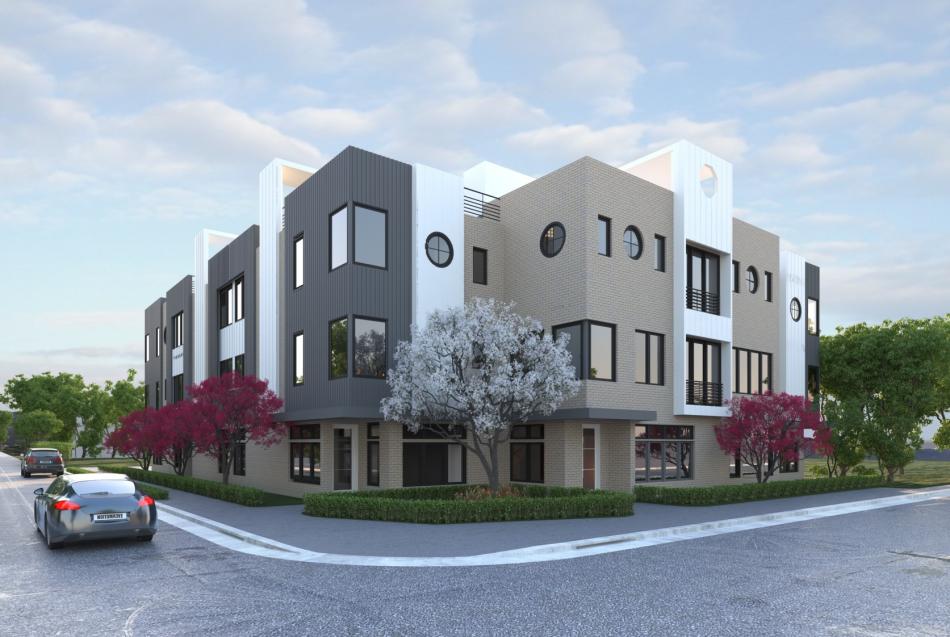 Ground floors will have live-work space in hopes of engaging the community, while upper floors will incorporate what project heads call an unusual amount of glass for natural light and views.

Homebuilders say the design will stand out enough in the Clairmont corridor to serve as a new gateway to the City of Chamblee, which is experiencing its own influx of downtown development nearby. 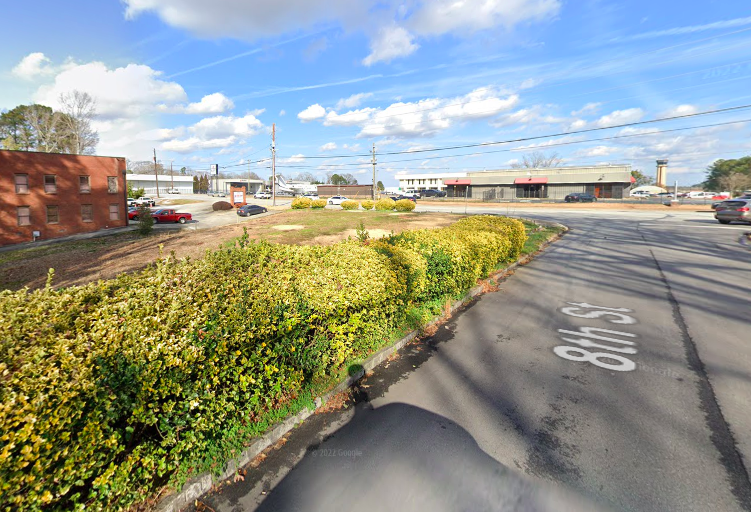 Airport views from the corner lot in question, as seen in February. Google Maps

“Pricing hasn't been determined at this time,” Kusman wrote via email, “but it’ll be a fairly broad range given the diversity in unit size and layout.”

Members of the Chamblee City Council weighed in on the project with prepared statements.

Councilmember Elmer Veith: “This project is a great example of taking a challenging parcel and turning it into a useful development that will contribute to the city, both at this site and across the area in general.” And from councilmember John Mesa: “We’re excited to provide [an] additional housing choice for new and existing residents that does not currently exist in our market. It’s my hope that this project will spur additional redevelopment along Clairmont Road.”

Designs are by Wright Gardner Architect, with civil engineering by Kaizen Collaborative.

Kusman says the project is scheduled to deliver in summer 2023. 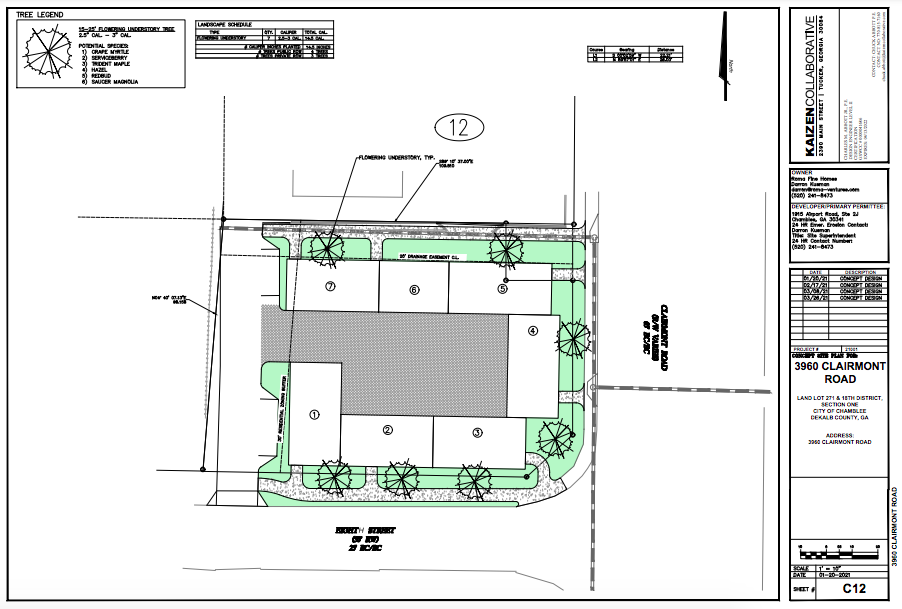 How the seven townhomes will be arranged around a central yard. Courtesy of Roma Fine Homes