An elevated bridge project is bound for the Buckhead Loop that officials say will vastly enhance safety and mobility in the area while providing a direct link to the district’s future highway-capping park.

The Buckhead Community Improvement District has kicked off planning for the third phase of the Lenox Road Complete Street Project, an effort to improve walkability and bike connections around Lenox Square mall, the Lenox Marta station, and throughout the Buckhead Loop.

Phase III includes an elevated pedestrian and bike connection over the notoriously traffic-clogged Ga. Highway 400 interchange with Lenox Road, plus links to Phipps Boulevard on the east, and Piedmont Road to the west.

Early concepts call for “a gracefully curving, elevated bridge” that will connect with the existing PATH400 greenway trail and serve as a future public access point at the north end of the planned HUB400 park, according to Buckhead CID. 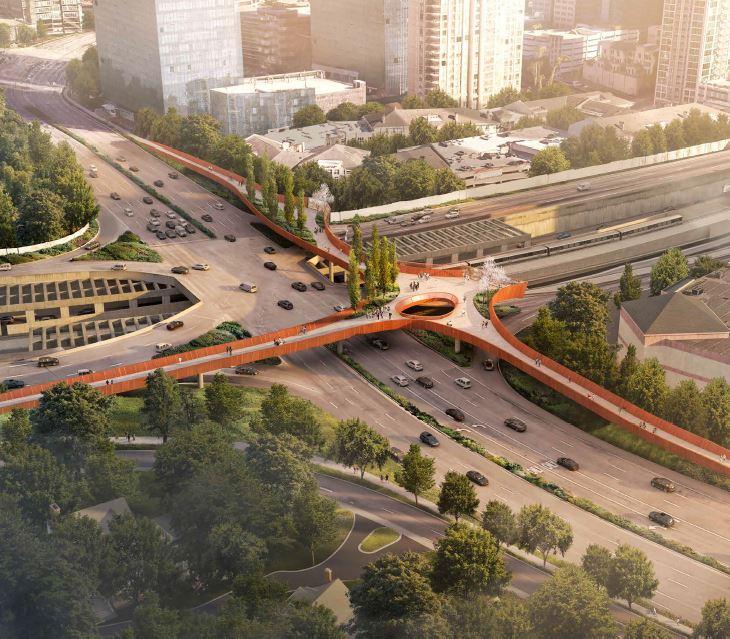 Buckhead CID officials expect to finish a concept report on the bridge project by next month, seek approval from the Georgia Department of Transportation soon after that, and then begin engineering and design work that’s already funded later this year.

The goal is begin construction in late 2024.

Federal funding secured through the Atlanta Regional Commission is in place to go toward the project’s construction phase, according to Buckhead CID. 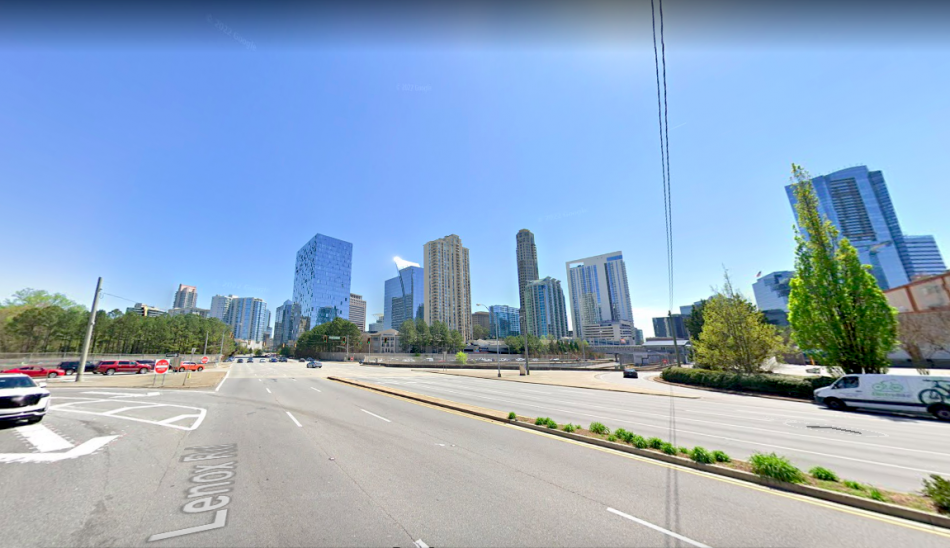 The project “addresses a crucial gap in Buckhead’s pedestrian and bike infrastructure,” Jim Durrett, Buckhead CID executive director, said in an announcement today. “Crossing the [Ga. Highway 400]/Lenox Road interchange today on foot or by bike is a challenging proposition, to say the least. This elevated bridge will create a dramatically safer and more convenient way for pedestrians and cyclists to travel across Buckhead, particularly given the bridge’s connection to PATH400 and HUB404.”

In a sign the HUB404 project had awakened from its pandemic-induced planning and fundraising slumber, the nonprofit HUB404 Conservancy announced in May it had installed its first executive director, Anthony Rodriguez, the cofounder, president, and CEO of the Aurora Theatre in Lawrenceville, the state’s second-largest nonprofit professional theater production company. Rodriguez leads a 15-member HUB404 board pursuing private fundraising and federal grants in hopes of breaking ground on the 9-acre project by 2025. (Early, pre-inflation cost estimates for HUB404 hovered around $200 million.)

Meanwhile, as part of the Lenox Road Complete Street Project’s first phase, Buckhead CID has begun right-of-way acquisitions and expects to break ground in the fourth quarter of 2022 on an urban boardwalk project along Peachtree Road outside Lenox Square. Plans call for looping the boardwalk around to the MARTA station on the flipside of the mall. 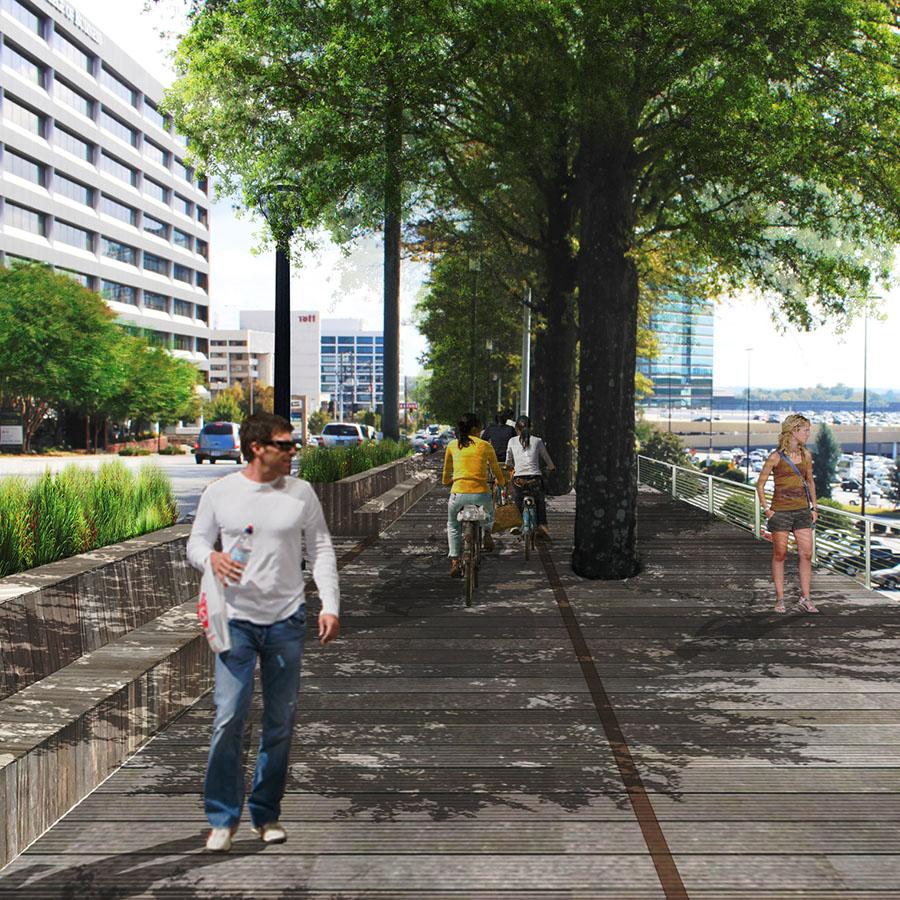 Conceptual plans for the Lenox Boardwalk. Courtesy of Buckhead CID

The goal is to eventually create a shared multi-use path on Lenox Road from that MARTA station, over Peachtree Road and Ga. Highway 400, and around to Piedmont Road.

Buckhead CID officials will be seeking public input next month to help guide the elevated bike and pedestrian bridge design process. That starts with a virtual community meeting scheduled from 6 to 7 p.m. on September 19, accessible via this Zoom link.

Expect a brief overview in the meeting from the bridge project’s team, followed by a group exercise and Q&A session geared toward gathering input on draft concepts.

Following the virtual meeting, a two-week online initiative (Sept. 20 to Oct. 4) will launch to gather more input from anyone who can’t attend the virtual conference. That will be accessible through the Lenox Road project’s website.