An infill development that’s been described as the capstone for completing a pedestrian-friendly retail and restaurant experience along Brookhaven’s Dresden Drive has officially launched.

Charlotte-based multifamily developer Terwilliger Pappas has started construction on a project under the Solis brand that’s claiming a vacant lot, a small former county building, and other structures between Brookhaven Village and the city’s MARTA station.

Now called Solis Dresden Village, the mixed-use project will feature 176 apartments and seven townhomes in the 1300 block of Dresden Drive. 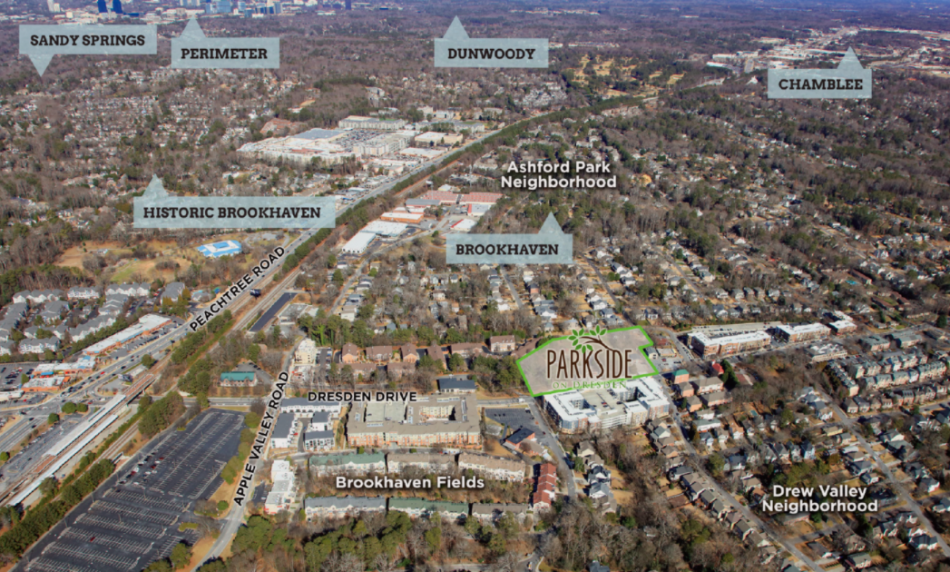 Beyond the residential portion, Terwilliger Pappas is partnering with Atlanta-based developer and investor Connolly to create 30,000 square feet of retail along the project’s sidewalks.

Connolly marketing materials obtained by Urbanize Atlanta last year indicated up to 15 restaurant and retail spaces with “unique storefronts” would be included.

Located next to Savi Provisions Market, and across the street from the @1377 apartments, the Rule Joy Trammell + Rubio-designed project would join other recent builds such as Bramley Park townhomes in Brookhaven's densifying commercial core.

Solis Dresden Village’s seven townhouses will front homes on the opposite side of Dresden Drive, lending a transition to upscale neighborhoods to the north. Plans call for all new construction to wrap a parking deck with 163 spaces included for retail customers. 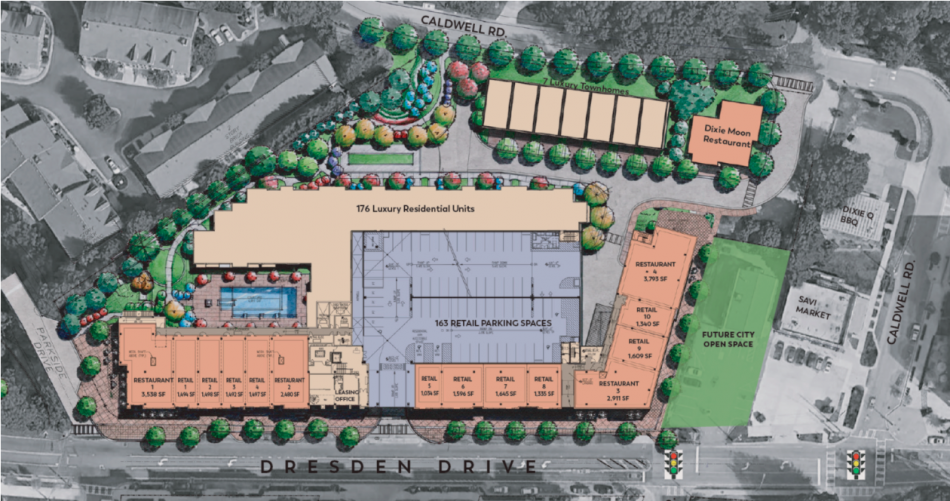 Terwilliger Pappas has completed or is building Solis properties in Decatur, at The Interlock in West Midtown, and in several suburban Atlanta cities. The developer expects the Brookhaven version to open sometime in mid-2024.

Beyond proximity to Brookhaven’s MARTA hub, perks of living there will include a wine-tasting room, private meditation room (that’s a new one), pet spa, coworking spaces, a landscaped roof deck, and a swimming pool described as “estate-style.” 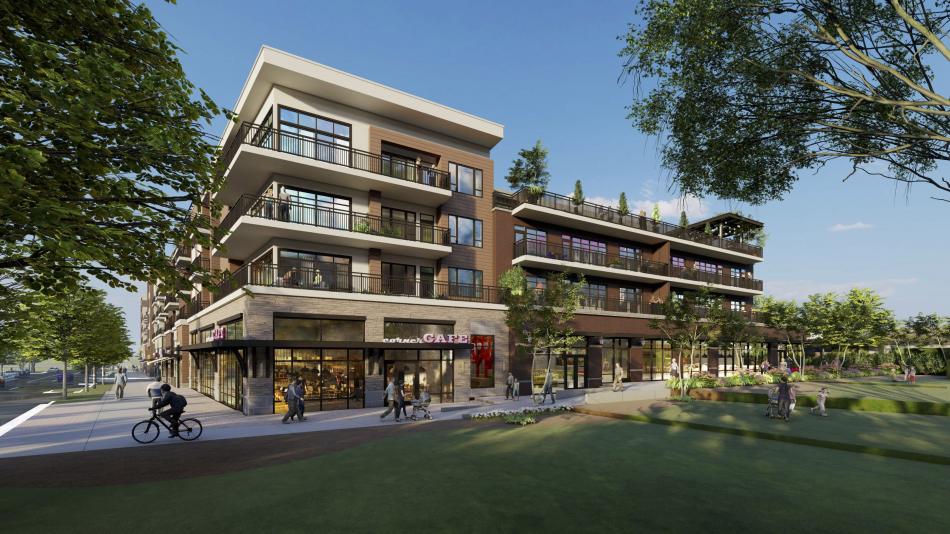 The proposed look of boutique shopping and multifamily residences next to a new communal greenspace.Courtesy of Terwilliger Pappas; designs, Rule Joy Trammell + Rubio

Five years ago, MARTA pulled out of $200-million plans to redevelop Brookhaven’s MARTA parking lots into 15 acres of transit-oriented development with a Krog Street Market-style food hall, following pushback from the community and some city officials.

Brookhaven recently finalized a deal with MARTA to instead develop a new City Hall on portions of those parking lots along Peachtree Road.

That project will join only a handful of city halls around the country at rail stations, according to MARTA.

In announcing the deal with MARTA, Brookhaven District 3 councilmember Madeleine Simmons predicted the development will “inspire future transit-oriented development around Brookhaven and improve pedestrian and cyclist connectivity all around,” which sounds like a city changing its tune.