Plans are becoming clearer for the next phase of development around The Battery Atlanta—or what Los Angeles baseball media describes as a "sterile shopping-mall." (Never forget).

According to a Braves Development Company update in late June, a 250,000-square-foot office tower will rise nine stories on the northwest side of Truist Park, away from the outfield bleachers and just up the street from the Coca-Cola Roxy music venue.

An adjoining parking deck with 750 spaces will also be built, according to the Braves’ real estate arm. 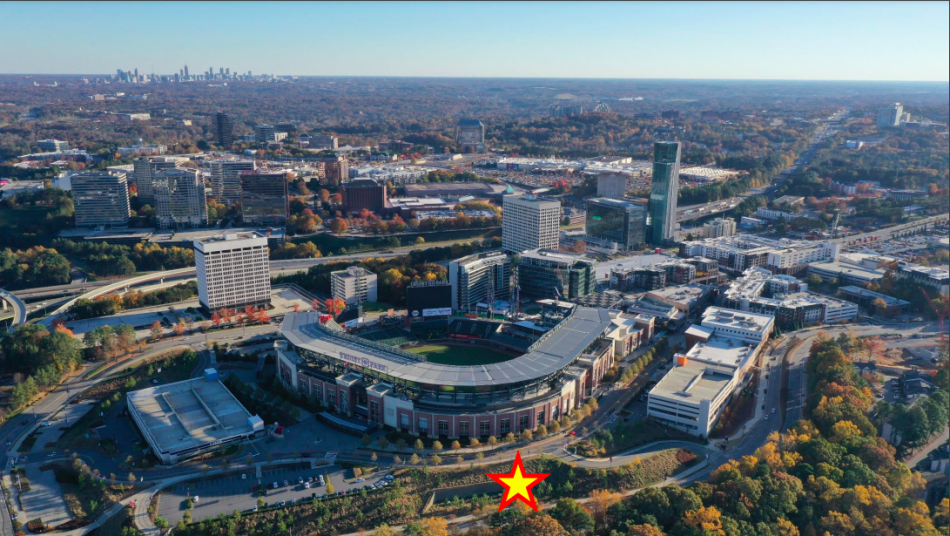 At the outset, Truist Securities employees will occupy only about half of the building, according to terms of the 15-year leasing deal. The idea is that Truist will have the option to house more employees and grow its business presence at The Battery over time.

Billed as “Atlanta’s Premiere Entertainment District,” The Battery totals more than 2.25 million square feet of development today. Its next office component is scheduled to break ground sometime in the second half of 2022 and open two years later.

Head to the gallery above for more context and renderings.