Another block-altering proposal along the BeltLine’s Westside Trail is angling to break ground in coming months, continuing an infusion of housing with quick access to the BeltLine loop in Southwest Atlanta.

Multifamily developers Vida Companies and Woodfield Development plan to build a village-like mix of commercial and residential structures on a 7-acre Oakland City site about a block west of the paved BeltLine, adjacent to the historic Murphy Crossing property.

Like other projects in the pipeline, the 840 Woodrow Street proposal would add a distinctly more residential feel to what’s now an underused industrial zone. The vacant site was most recently used for car and truck storage. 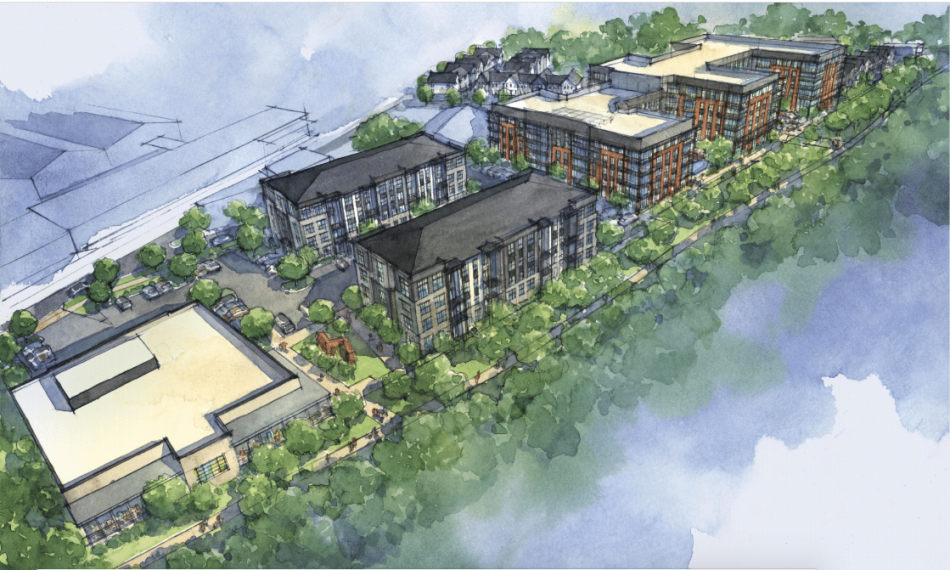 On the residential side, plans now call for 301 apartments and 25 townhomes.

About 450 parking spaces would also be included, but a large swath of surface parking at the center of the project, as depicted in initial designs, has been removed.

Another facet would be roughly 20,000 square feet of commercial spaces in two buildings—a change motivated by community feedback, Martinez said. “We’re grateful for the collaboration with Oakland City, Adair Park, and Capitol View to reimagine the project,” he wrote via email. 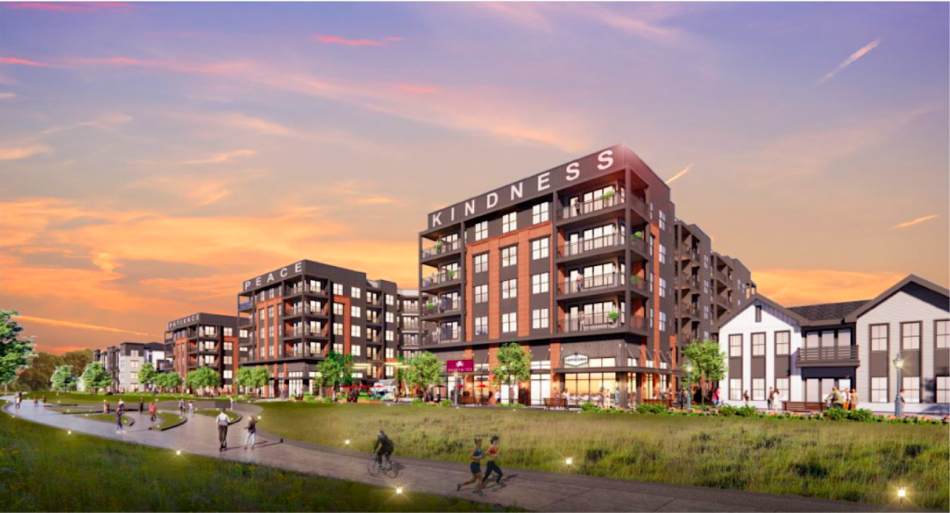 That nonresidential component would be create from an existing, adaptively reused 10,000-square-foot building where commercial and light-industrial uses are planned. Another commercial building roughly the same size would be built from the ground up.

Martinez said his team is working with the city and community to provide 20 percent of the units as inclusionary housing, more than is required by the BeltLine Overlay District. Those housing options would be capped for renters earning 80 percent of the area’s median income, per plans submitted to the BeltLine Development Review Committee.

The property has been rezoned from a light industrial to multifamily residential district, allowing for high-density housing, per the BeltLine DRC. Plans call for a BeltLine spur trail to run along the southern edge of the property, linking the Westside Trail to a planned redevelopment of the Cut Rate Box buildings.

Developers have previously said they hope to enter the project into the Georgia Brownfield Program, which helps fund cleanup of contaminated sites with federal grants. An initial analysis “flagged recognized environmental conditions on the property from historical uses,” per earlier filings.

The 840 Woodrow Street proposal would continue an influx of new and renovated housing options in surrounding blocks.

Across the street, the BeltLine unveiled plans in September for a 20-acre mix of housing, retail, and offices to be called “Murphy Crossing by Culdesac,” as drawn up by a lauded Arizona firm. That would remake the former Georgia Farmers Market, where about a dozen warehouses and other buildings stand now.

Just down the Westside Trail in Adair Park, Columbia Residential recently cut the ribbon on a $27-million renovation of 1940s apartments meant to preserve affordable housing. Meanwhile, along the nearby Southside Trail, RangeWater Real Estate is bringing a 325-unit project called The Vivian out of the ground now.

Martinez says the goal in Oakland City is to deliver the first units in December 2024.

Find a closer look at what’s in the pipeline in the gallery above.