The first condominium building to rise directly on the BeltLine’s Eastside Trail corridor since the Great Recession has reached its maximum height.

Thousands of new apartments and townhomes have cropped up along the Eastside Trail, but not since the circa-2008 Grinnell Lofts building in Inman Park have for-sale condos taken shape directly on the multi-use trail.

Now priced from the $400,000s, The Roycraft project is changing that.

Located just up the BeltLine from Ponce City Market, on a lot behind Midtown’s Home Depot, the six-story, 42-unit luxury development by Capital City Real Estate has been in the pipeline for more than three years. It broke ground in spring 2021, clearing away a single-story, formerly industrial building with live-work space and some retail on the .4-acre lot. 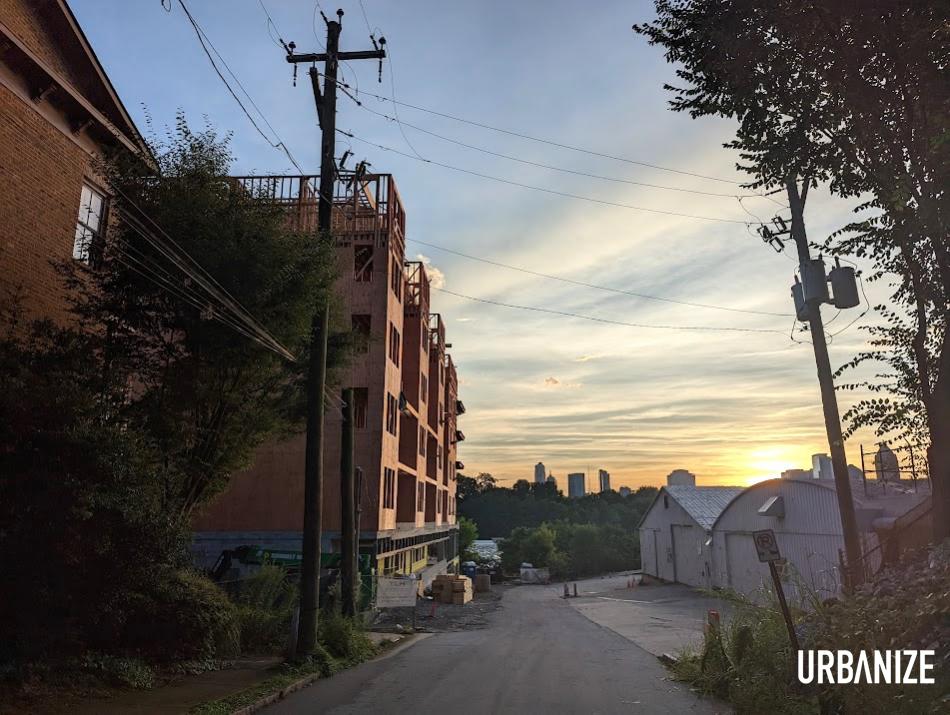 As for pricing, the cheapest options—539-square-foot studios price at $329,900—have already sold.

Ditto for the priciest unit of the bunch: a two-story penthouse with three bedrooms in 1,780 square feet, listed for $1.22 million, according to Roycraft marketing materials.

Prices for remaining units show quite a range, starting from $429,900 for a one-bedroom, one and ½-bathroom condo in 884 square feet.

The most expensive unclaimed option seeks $1.1 million (following a price increase in April) for what’s actually a two-bedroom but has a full roof terrace on a separate story.

Many units are expected to deliver sometime this fall, according to listings. (Although by the look of unfinished interiors on site, that might be a tall order.) 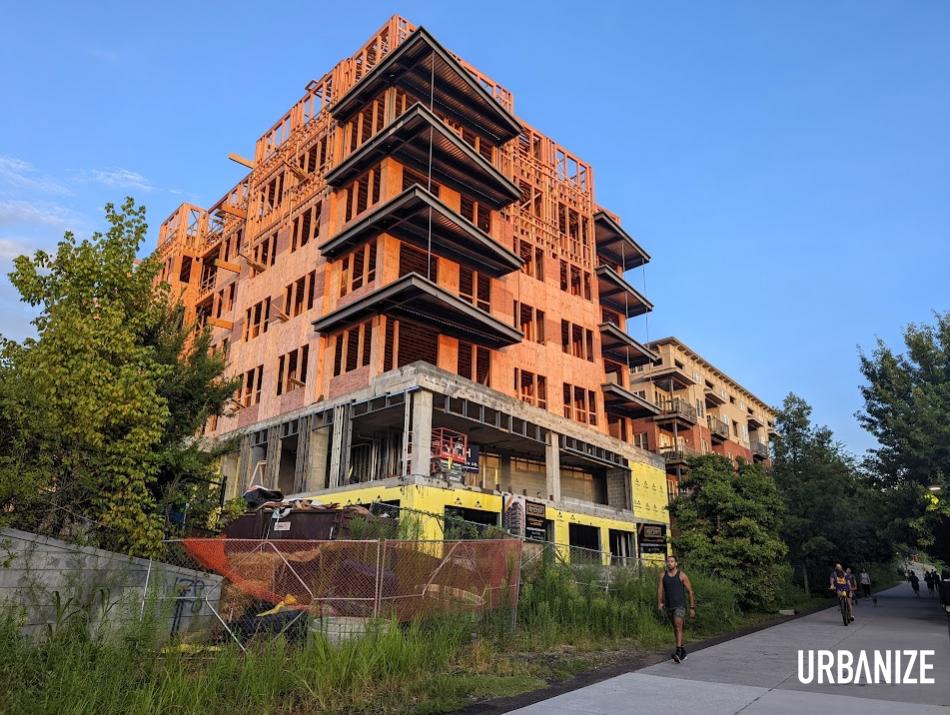 Topped with private patios, the six-story Roycraft project is shown this week over the Eastside Trail. Josh Green/Urbanize Atlanta

Listed amenities include a pet spa, bike storage, a two-story club lounge, and remote concierge services. Like many boutique buildings, the Roycraft will lack a pool, but the location’s 91 Walk Score could help atone for that, in terms of weekend leisure options. (See a nifty, virtual tour of clubroom interiors here.)

Quick history: In early 2019, Roycraft’s plans caused a kerfuffle with some Va-Hi neighbors who felt the project clashed with the goals of City of Atlanta’s Comprehensive Development Plan, the Beltline’s Subarea 6 masterplan, and the Virginia-Highland Masterplan. The city’s Zoning Review Board, however, sided with Capital City in the end.

Bullish on the BeltLine like everybody else, the Washington D.C.-based developer has also built the Flats at the Indie condo complex, situated just off the trail in Old Fourth Ward.

Next door to that project, Capital City has also topped out a 12-story venture called The Indie. Expect 91 condos with that project, lording over O4W’s Edgewood Avenue.

Hike up to the gallery for a closer look at where The Roycraft project stands, and where it's headed.