The Atlanta BeltLine’s push to activate trailside places is set to include a Reynoldstown space with a functional but scaled-down performance area where an architectural stage was once dreamed up.

In recent weeks, the BeltLine has revealed plans for a pop-up DJ and radio station, now housed in a neon-bedecked shipping container in Old Fourth Ward, and a BeltLine Marketplace concept to support Black-owned businesses with pop-up shops around the Eastside and Westside trails this year.

Another project set to move forward in coming months, just north of the Eastside Trail’s intersection with Memorial Drive, would be permanent.

Plans for transforming the grassy Reynoldstown nook of land—tucked between the BeltLine corridor and a tree-topped cliff—have been kicked around since at least 2014. That year, the Mayor’s Office of Cultural Affairs secured a $100,000 grant from the National Endowment for the Arts to help fund the project’s design, in conjunction with Georgia Tech.

What eventually came of that was a dramatic concept with tiered seating and a stage called “Bifurcations,” as led by Tristan al-Haddad and Formations Studio, which was later cancelled, to the dismay of Reynoldstown residents. BeltLine leadership, for their part, responded in 2018 that designs were merely an exercise to see what might be possible at the trailside location. 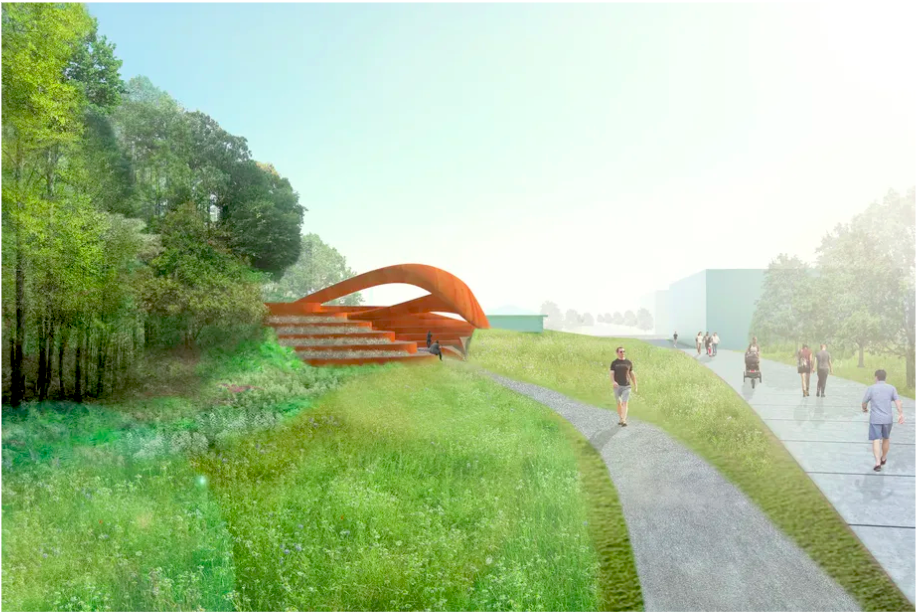 A scaled-back vision for the project—now called the Reynoldstown Community Space—made its debut at an Atlanta BeltLine Inc. meeting earlier this month.

As designed by Boston-based Make/Do Studio, plans call for installing wiring for performances that need electricity and permanent sculptures behind Muchacho restaurant, across the BeltLine from the Madison at Reynoldstown affordable-housing apartment project that recently broke ground. 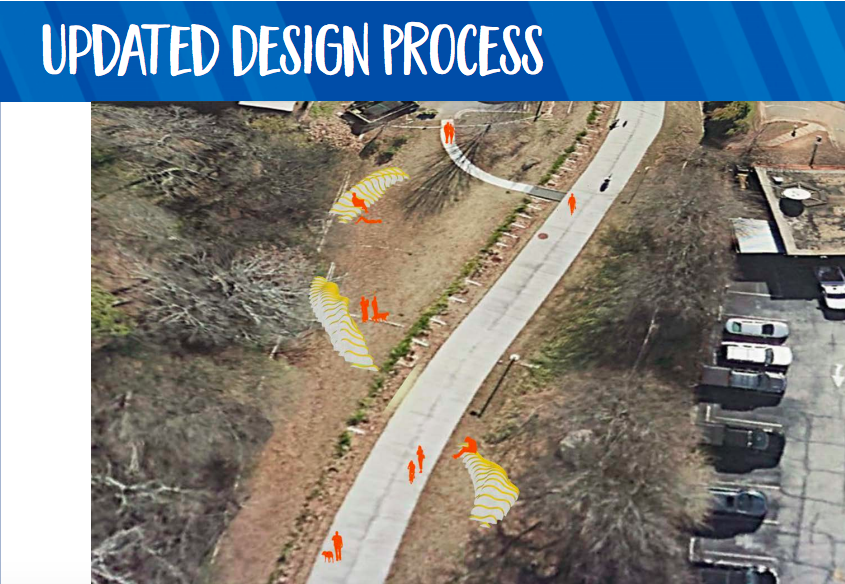 The permanent structures, per the most recent designs, would be “dune-like,” resembling “something like the humps of a mythical sea serpent sticking out of the water” on either side of the trail, as the Saporta Report recently described them.

Striped in Reynoldstown’s official color, yellow, the sculptures would frame performances and be built to playground standards for kiddos to climb them (or for tired exercisers to lean on them), creating the illusion of change as BeltLine-goers travel by, per officials.

Designs for the space are now in the home stretch, with engineering work the next step. BeltLine leaders expect to bring finalized designs back to the community soon before construction moves forward.

As of now, plans call for construction to begin in late summer. Trek up to the gallery for a closer look.