An incubator program featuring “artistic shipping containers” and possibly food trucks with a goal of helping Black-owned businesses in Atlanta is bound for the BeltLine.

Atlanta BeltLine Inc. is partnering with The Village Market, a community economic development group founded in 2016, to launch a series of pop-up storefronts called the BeltLine Marketplace.

The shipping-container eateries and storefronts will be located in two locations along the Eastside and Westside trails with a goal of giving Atlanta entrepreneurs direct access to the BeltLine’s estimated 2 million annual visitors, many of them tourists. (If renderings are any indication, one storefront location will be the shaded BeltLine underpass beneath John Lewis Freedom Parkway, near Historic Fourth Ward Park’s skatepark.) 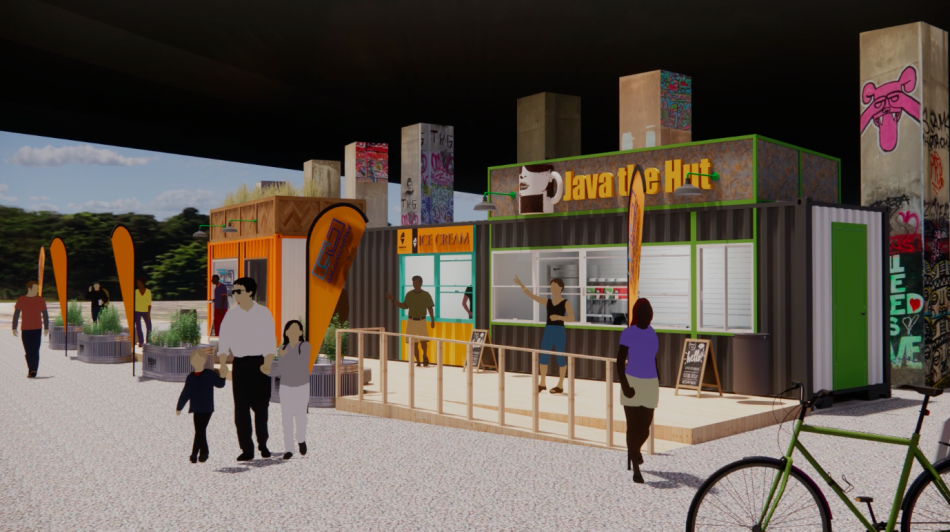 Thanks to a $750,000 grant from the philanthropic Kendeda Fund, the program will offer fully built commercial spaces and wraparound services to local Black-owned businesses at what BeltLine leadership calls affordable, below-market rates.

The program, which marks the first BeltLine incubator, will see commercial spaces open along the trails in either late spring or early summer this year, and then close sometime in November, BeltLine officials announced today.

The BeltLine’s plans call for eventually scaling up the model to include businesses of all backgrounds around the 22-mile loop, with a goal of helping close the city’s notorious wealth gap. 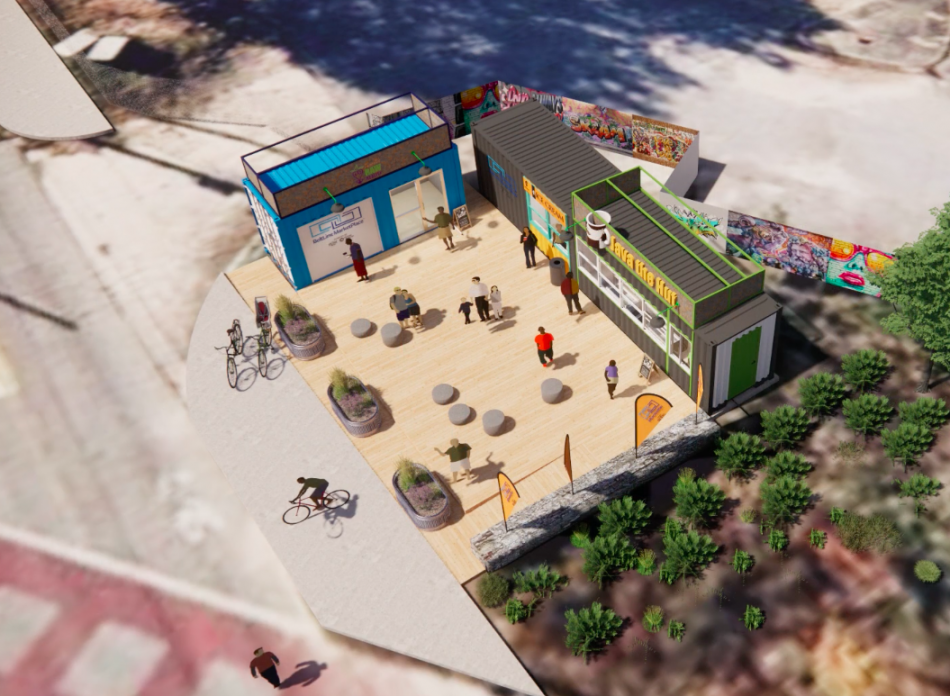 BeltLine leadership pointed to Prosperity Now statistics that show Atlanta’s Black-owned businesses are valued at $58,085 on average—far lower than Latinx businesses ($457,877) and white businesses ($658,264) in the city. More than nine of 10 Black-owned businesses have reported financial hardships since COVID-19 began, and less than half reported received all requested PPP funding, according to the Federal Reserve Bank, as BeltLine officials outlined.

The pop-up program is “aimed at stabilizing, preserving, and creating affordable spaces so that Black-owned, legacy, small, and local business can grow and flourish around the 22-mile loop,” Clyde Higgs, BeltLine president and CEO, said in a press release. 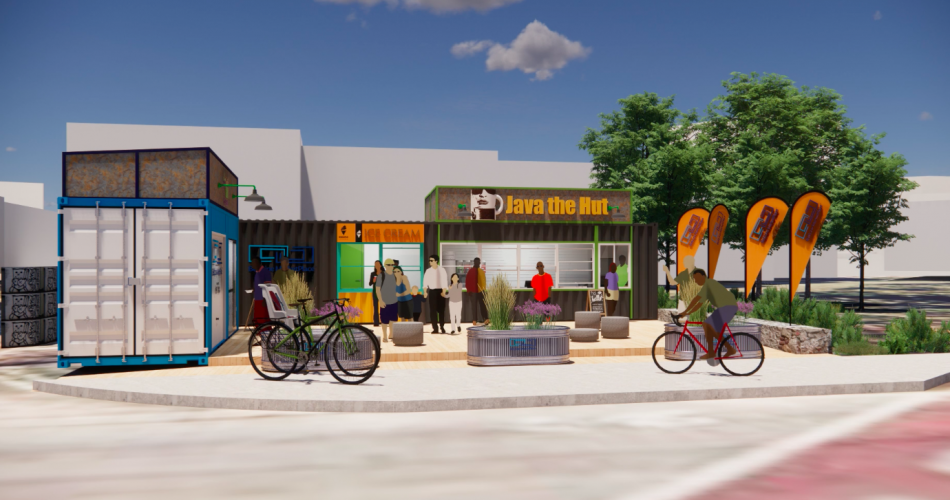 “It’s imperative that local, Black-owned businesses can stay in the communities where they have always been—sharing in economic prosperity,” added Dr. Lakeysha Hallmon, The Village Market’s founder and CEO.

Now open, the application process for the BeltLine MarketPlace can be found here. The deadline to apply is April 15.

For a closer look at commercial spaces to come, see the gallery above.