After being on the proverbial drawing board for decades, a trail system that’s planned to usher eastside residents more swiftly and safely to the BeltLine corridor—and vice versa—has a definitive start date.

Pellegrini said the trail is estimated to take about a year to complete. The foundation is working with Atlanta City Councilmember Lilianna Bakhtiari to provide more information to the community regarding the start of construction, he said.

We’ve asked for further details on the finalized route the trail will take, and we'll update this story should those come. 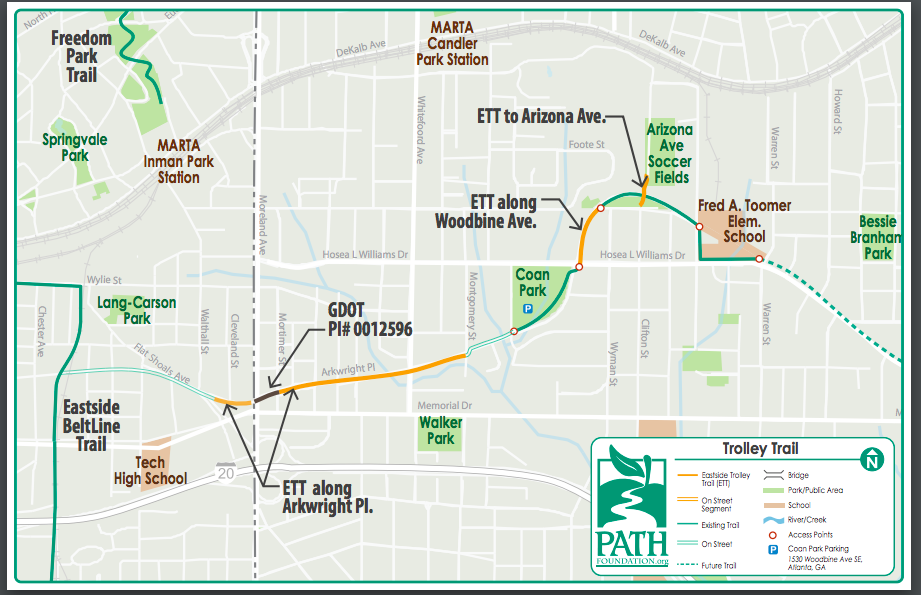 The scope of the forthcoming Eastside Trolley Trail project, with protected PATH Foundation portions shown in yellow. Other sections would be on-street. Courtesy of PATH Foundation

In an interview last year, PATH Foundation executive director Greta deMayo called the trail a crucial east-west connection but acknowledged the project is “tight” and “challenging” as it wends through a built environment.

The Eastside Trolley Trail will start in Reynoldstown near the BeltLine’s Eastside Trail, run eastward through Edgewood, and connect with existing PATH sections that were installed prior to the 1996 Olympics as the project's first phase. The finished project will provide a nearly two-mile route for non-drivers from the doorstep of the Pratt Pullman District redevelopment in Kirkwood to the BeltLine. 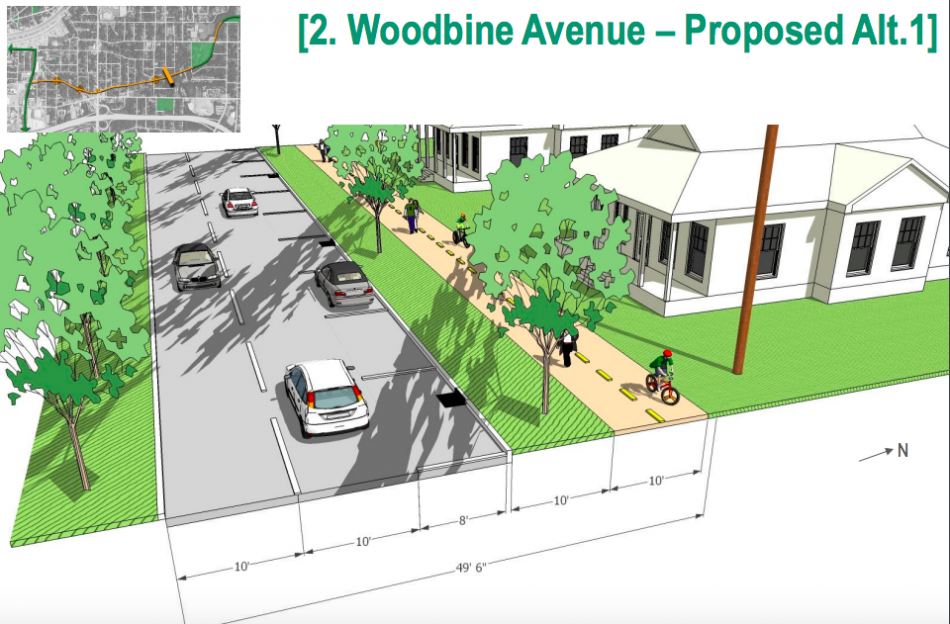 One proposal for creating the trail from an existing street lane in Kirkwood, connecting with a wooded PATH section near Gilliam Park and the Pratt Pullman District. PATH Foundation; designs, Perez Planning + Design

Where the trail crosses busy Moreland Avenue, the Georgia Department of Transportation plans to install a dedicated signal for pedestrians and cyclists. Sections of the trail in Reynoldstown will remain on-street, and elsewhere the new trail will be protected with grass strips where possible. Along Arkwright Place in Edgewood, designs have called for implementing the trail in front of popular El Tesoro restaurant, with on-street parking installed just to the east toward Kirkwood, PATH officials said last year.

The Eastside Trolley Trail made the cut for the Moving Atlanta Forward infrastructure project list approved by voters during last month’s primary election.

Its $2.85 million in funding is part of a $28-million package for the PATH Foundation that agency leaders have called unprecedented. PATH expects to channel that money into 11 projects, or roughly 10 miles of new trails in the city.