Alongside the PATH Foundation and Atlanta BeltLine Partnership, the agency announced today a $30-million donation from the James M. Cox Foundation that’s expected to provide all remaining philanthropic cash required to build out the crucial—but complicated—Northwest quadrant of trails.

The gift also means the BeltLine has now secured all philanthropic funding needed to complete the full 22-mile loop by the target date of 2030, following an $80-million contribution last year from the Robert W. Woodruff Foundation, officials said.

The James M. Cox Foundation and its chairman, Jim Kennedy, have helped build Atlanta’s existing trail network for more than 30 years by supporting the PATH Foundation. Kennedy also co-chaired the BeltLine’s first fundraising campaign in 2007 and contributed an early donation that paid for the Eastside Trail’s development.

Atlanta Mayor Andre Dickens called the Cox Foundation’s $30-million contribution to the Northwest Trail cause “a truly transformative gift that will benefit generations of Atlantans to come,” according to a press release. 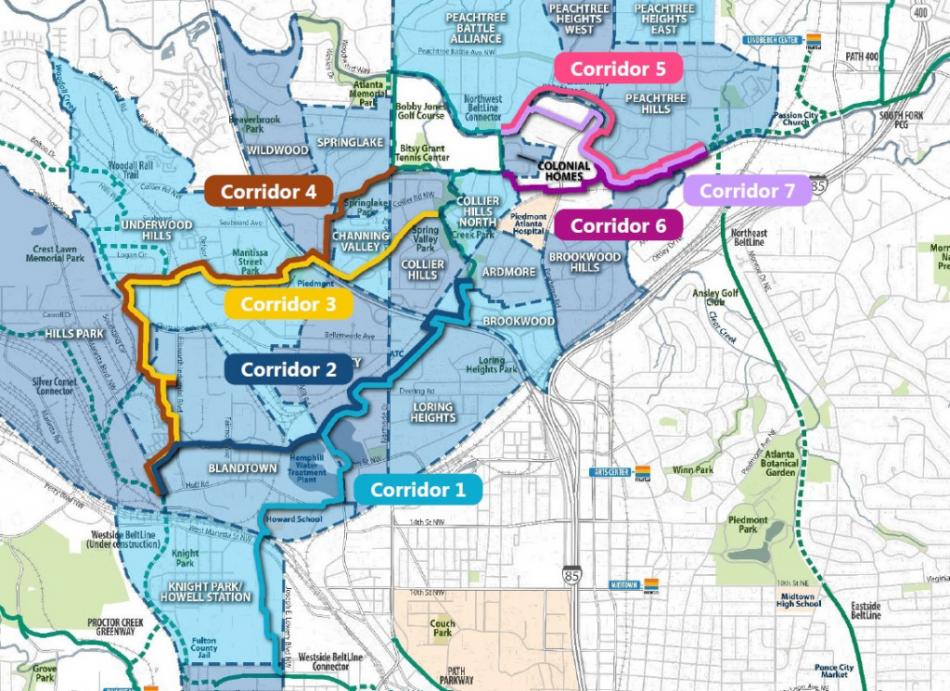 Corridors being considered as part of the broader Northwest Trail's feasibility study. One of three routes in the northernmost section (top right) is expected to be picked this week. Atlanta BeltLine Inc.

Several routes the Northwest Trail might take are currently being studied by BeltLine real estate and engineering teams, in partnership with the PATH Foundation.

In general, the trail system will branch off the northernmost section of the Westside Trail near Huff Road, and then rainbow around through Buckhead to the BeltLine’s Northeast Trail and Lindbergh MARTA station.

“From our experience building the PATH trails,” added Kennedy, “we know what a difference it makes for people to be able to be outside, exercising, meeting neighbors, and building the sense of community we all need.” 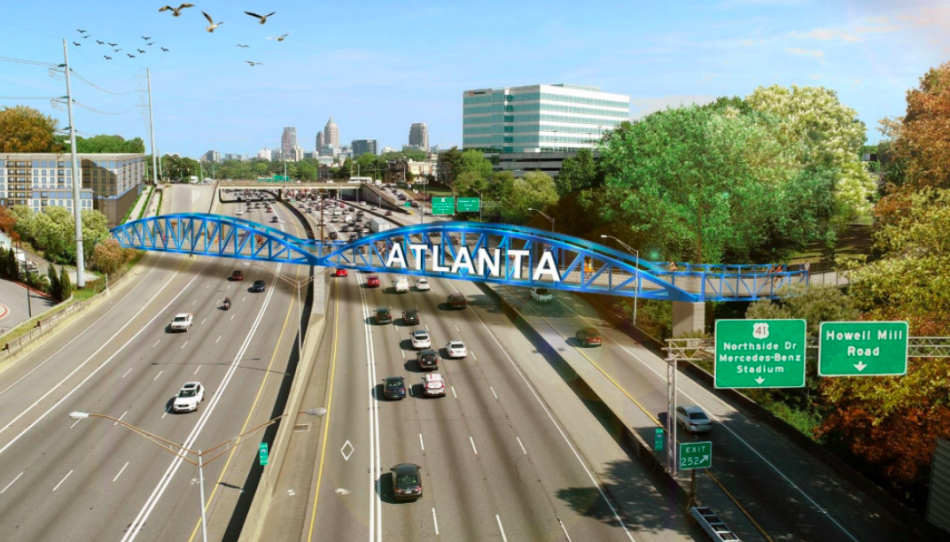 One proposal for bringing the BeltLine's Northwest Trail across Interstate 75, as floated in community meetings last year. Atlanta BeltLine Inc.

The BeltLine’s 25-year redevelopment plan—like the project’s dedicated Tax Allocation District, or TOD—is scheduled to end by the final quarter of 2030. The goal is to reconnect 45 neighborhoods across the city and provide viable transportation and recreation alternatives, new jobs, and affordable housing.

Another win for BeltLine financing was passed by the Atlanta City Council in March last year. The new BeltLine Special Service District levied a tax that’s responsible for a large part of what BeltLine leaders described as a “major funding milestone” reached around Christmastime: $300 million. The tax increase applies to commercial property owners in areas with BeltLine trails both finished and not.

Bonds financed by the SSD tax provided an immediate cash infusion when they closed in early December. 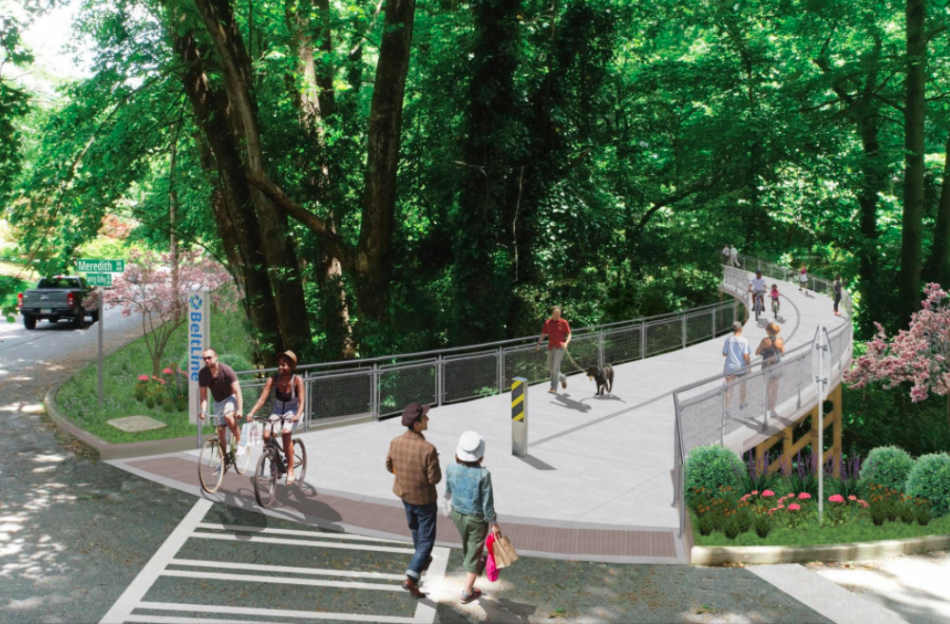 A rendering of a Northwest Trail segment north of I-75 near Collier Road. Atlanta BeltLine Inc.

The BeltLine also landed $16.5 million in federal funding last year as part of the U.S. Department of Transportation’s RAISE Grant program to help build the Southside Trail segment; that was followed by another $5 million celebrated last month during a Southside Trail walking tour with U.S. Senator Jon Ossoff.

BeltLine leaders have described 2021 as a banner year, with new trail segments opening across Atlanta, from behind Ansley Mall, to English Avenue, and the Pittsburgh neighborhood south of downtown.