Just as the first section of the BeltLine’s Southside Trail is officially unveiled this week, two older segments have seen recent additions that could make for a more pleasurable visiting experience.

The first, as previewed on these pages in July, is making the popular Eastside Trail four feet wider between Monroe Drive near Piedmont Park and Irwin Street in Old Fourth Ward, near Krog Street Market.

As part of its capital improvements checklist, the BeltLine is adding a soft, two-foot-wide shoulder to both sides of the trail, using a material called Flexi-Pave, or a flexible, porous pavement. A short section of similar surfaces was installed near the John Lewis Freedom Parkway bridge a few years ago.

Recent visits show walkers, joggers, and their four-legged counterparts making use of the wider pathway as it's grown from 14 to 18 feet wide. 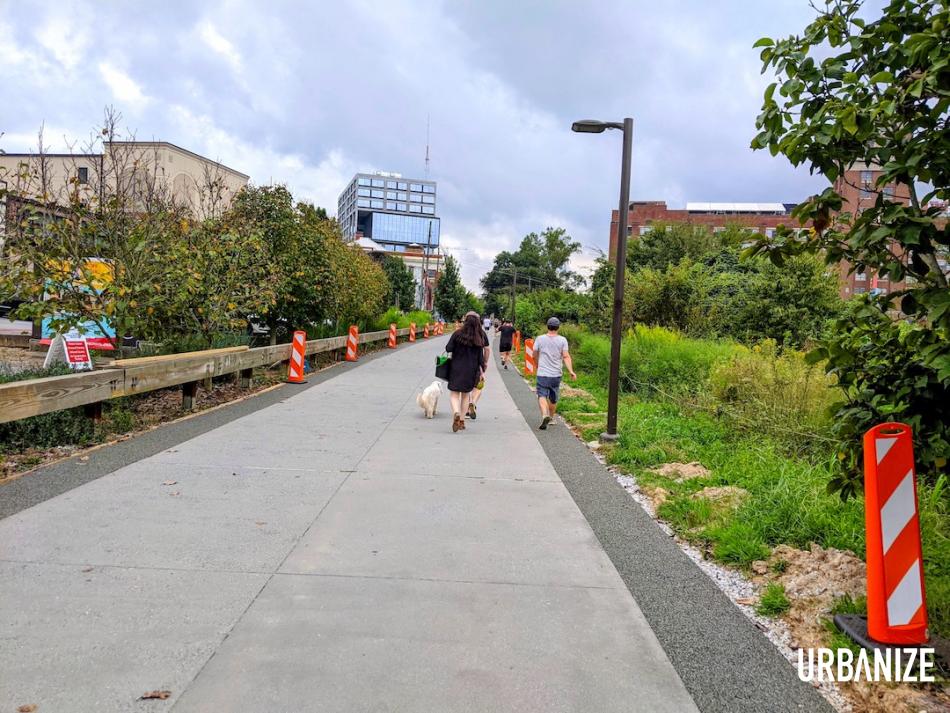 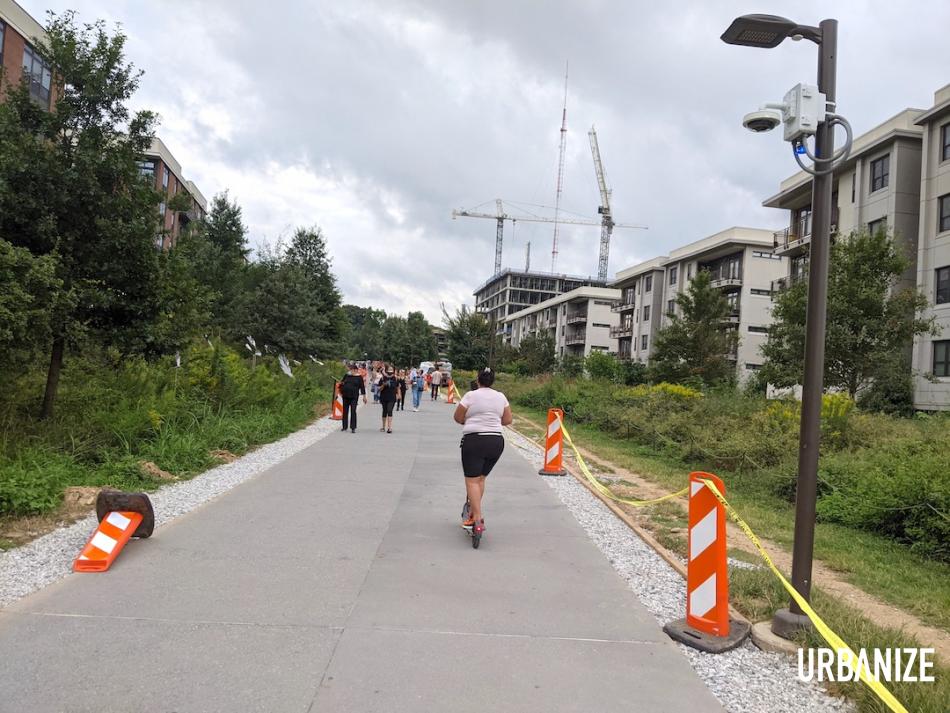 The BeltLine reported in September the widening project is expected to finish within a few months. (Although word on the street is that a multifamily complex fronting the Eastside Trail is challenging plat boundary lines and contending the BeltLine doesn’t control the two feet required for the soft shoulder in one specific section, which could complicate matters.)

Meanwhile, along the Westside Trail on the flipside of town, Trees Atlanta unveiled a can’t-miss sculptural addition last week.

Described as an “undulating arc of jewel-colored creatures” made with three tons of metal, a large sculpture called “The ConNectar" now spans the trail near Murphy Avenue. 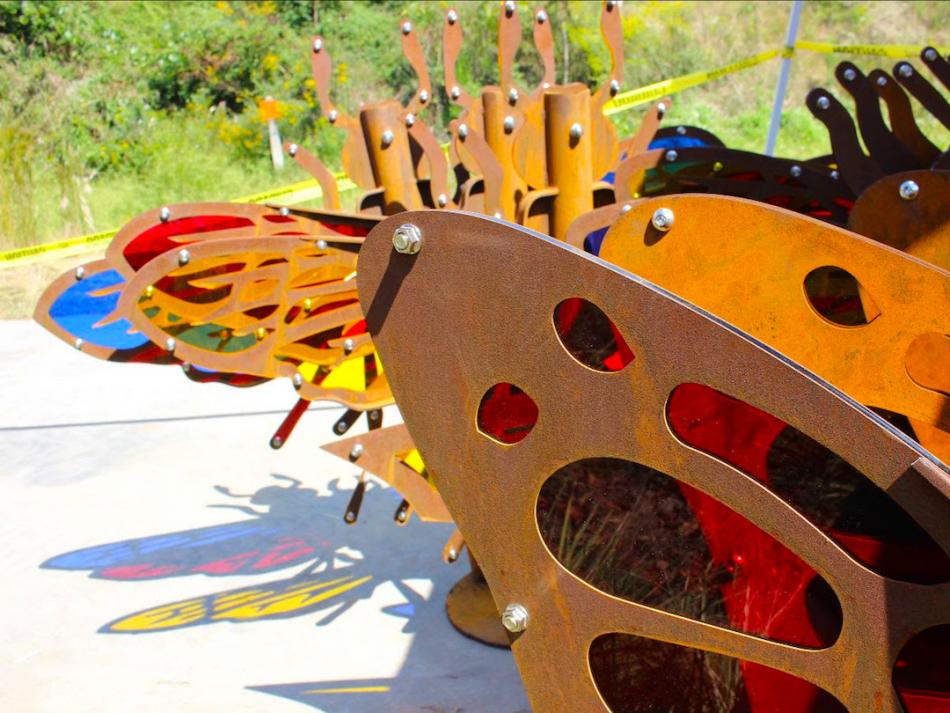 The three-ton metal sculpture during installation. Courtesy of Trees Atlanta

The sculpture is located near Trees Atlanta’s future headquarters at 825 Warner Street SW, which is scheduled to finish construction in fall 2022. 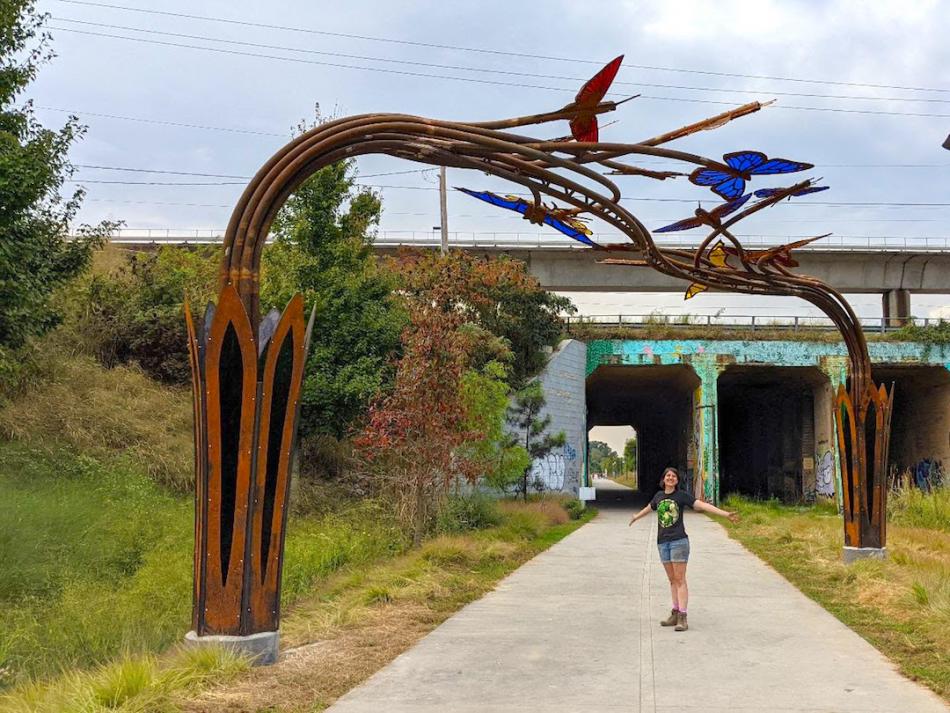 The ConNectar spans 40 feet across the Westside Trail. Courtesy of Trees Atlanta.

According to Trees Atlanta, more than 30 acres of native meadows have been planted as part of the BeltLine Arboretum to date.

The majority, or 18 acres, have been planted on the Westside Trail, with more than 11 acres also on the Eastside Trail. In coming weeks, officials say another 6 acres will be added on the Southside Trail’s initial segment.