A Southwest Atlanta apartment project is set to begin construction soon that will provide affordable housing in the area for several generations to come, officials announced today.

Located near a MARTA station and the point where the BeltLine’s Westside and Southside trails meet, the Capitol View development is a joint venture between Prestwick Development Company and Atlanta Neighborhood Development Partnership.

All but 10 of the 1055 Arden Avenue project’s 58 rentals are scheduled to be locked in as affordable housing for 65 years. 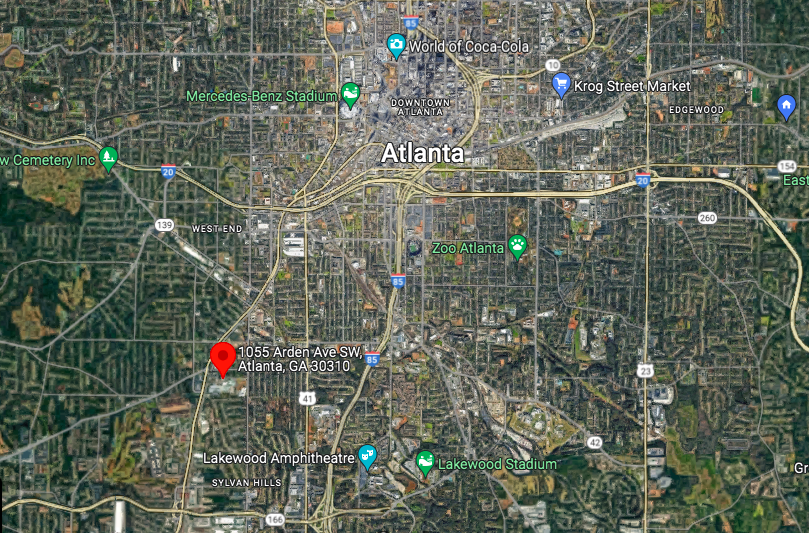 The 1055 Arden Avenue site in Capitol View, in relation to downtown Atlanta and other southside landmarks. Google Maps

ANDP will continue to own the underlying land. BeltLine officials say Low-Income Housing Tax Credit developments such as this require only 30 years of affordability, but that an “innovative land-lease model” will allow the development team to more than double that affordability timeframe.

Twenty-eight of the apartments will be reserved for families or singles earning 50 percent of the area’s median income or less; six of those are being reserved as permanent supportive housing for people experiencing homelessness through an Atlanta Housing/Partners for Home program.

Twenty units, meanwhile, will be capped at 60 percent AMI, and the remaining 10 will rent at market rate. All apartments will have either one or two bedrooms.

According to LoopNet, a vacant warehouse built in 1986 occupies the 1.7-acre site on Arden Avenue now.

The property is positioned between Sylvan Middle School and MARTA’s Oakland City station, with an entry to the transit hub across the street, at the end of the block. A historic Nabisco factory that’s been the subject of redevelopment talks is also located on 32 acres across the street. 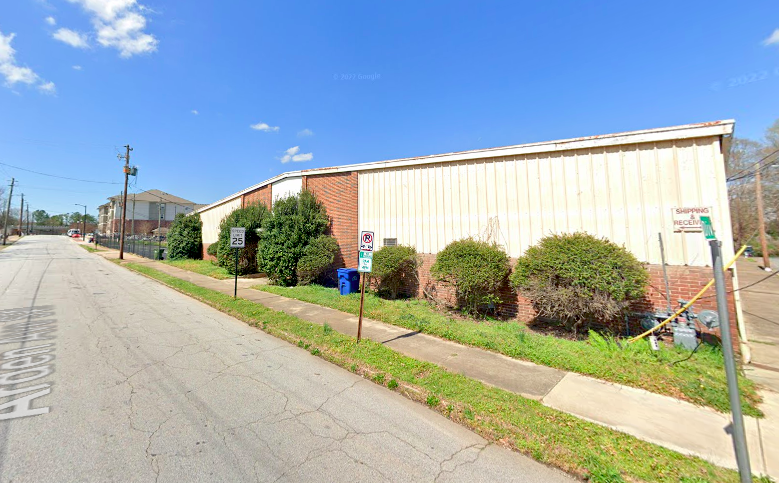 A vacant industrial building from the 1980s on site today, with a newer senior housing complex shown at the corner. Google Maps

It will rise adjacent to a senior housing project, 162-unit Gateway Capitol View, that opened in 2018. That was also the work of Prestwick Companies, Invest Atlanta, and the BeltLine Affordable Housing Trust Fund, alongside the Georgia Department of Community Affairs and Atlanta Housing.

At street level, the new Arden Avenue community will also feature 2,000 square feet of commercial space that BeltLine officials say could function as a restaurant or community grocery.

Amenities might not be Midtown posh, but they’ll include a fitness center, kitchen, business center with computers, a community garden, gazebo, picnic area, an arts and crafts room, and more.

Dwell Design Studio has signed on as architect, and J.M. Wilkerson Construction will serve as general contractor. 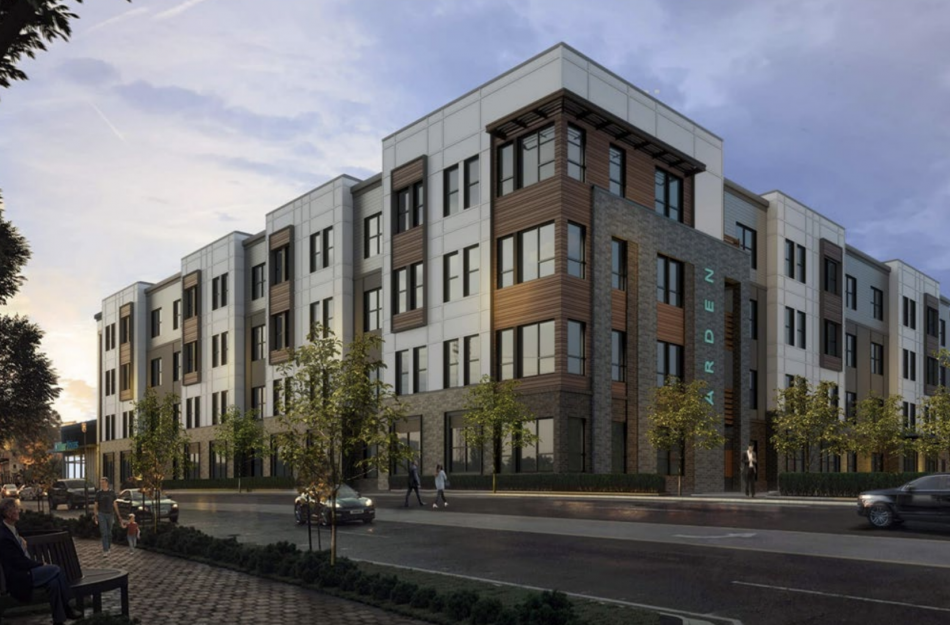 Plans for the 58 apartments and commercial spaces along Arden Avenue. via Invest Atlanta

BeltLine officials say the apartments are scheduled to break ground “in a few weeks” and be completed in roughly 18 months.

Clyde Higgs, BeltLine president and CEO, said the Capitol View project will put the agency at 56.2 percent of the way toward its goal of creating 5,600 affordable housing units by 2030, when the BeltLine loop is scheduled to be finished.

“We are exceeding our affordable housing goals this year,” Higgs said in a press release, “[and] we’re so excited about this new development that will provide needed housing and long-term affordability to people in this BeltLine-adjacent community, just steps from the Oakland City MARTA station.”