Five years ago this month, Avondale Estates’ Board of Mayor and Commissioners selected a design concept for redeveloping four acres of parking lots and low-rise commercial buildings just east of the city’s recognizable, Tudor-style downtown.

Sometime in the next three weeks, construction fencing is expected to come down around the first phase of what those redevelopment efforts have become: a multifunctional greenspace called the Town Green.

The new park—located along the DeKalb County city’s main thoroughfare, North Avondale Road—has been temporarily open on Sundays this month for city-operated events called the Weekend Wind Down Concert Series. (A Juneteenth celebration is planned prior to a jazz/blues act this weekend, followed by Atlanta Pride’s Family Fun Day and other performances next weekend.) 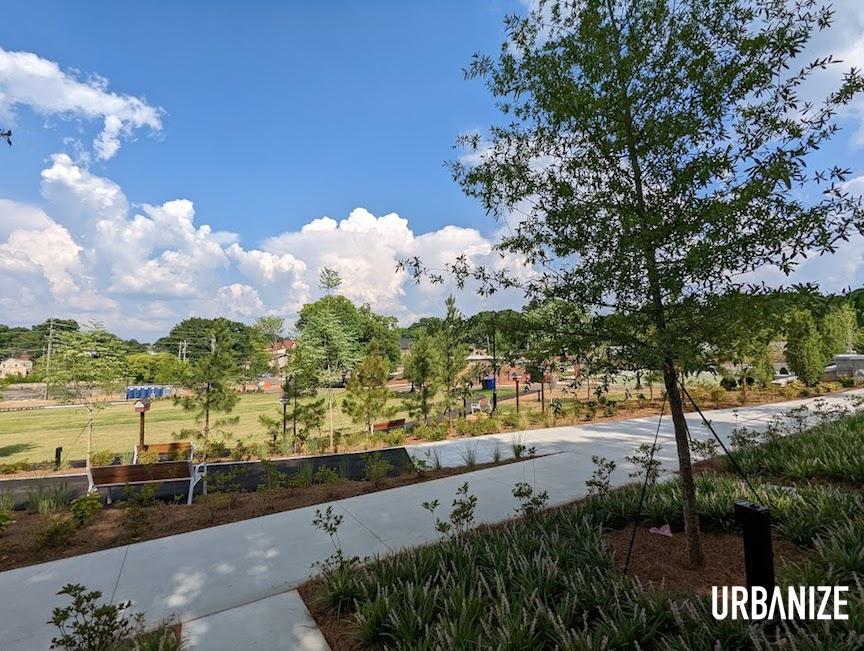 Ellen Powell, Avondale Estates Downtown Development Authority spokesperson, said fencing around the park is expected to be permanently removed prior to the Fourth of July, allowing access to open greenspace, a performance area, a playground, dog park, and other facets of the park.

At the corner of North Avondale Road and Oak Street, an open-air pavilion is expected to finish construction by late summer or early fall and feature additional space for events and farmers markets, Powell said.

But the park space, as is, covers only half of those original acres city leaders had hoped to enliven, broadening Avondale Estates’ downtown cachet and connecting to the city’s burgeoning brewery district. 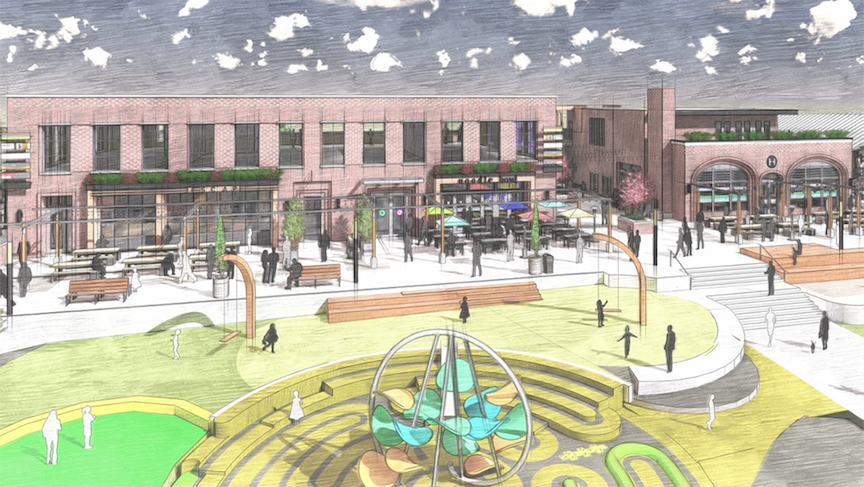 How the Town Green Market would front the park. Courtesy of Avondale Estates Downtown Development Authority

On Tuesday, the DDA approved three MOUs, or memoranda of understanding, pertaining to mixed-use developments that would be built around the new park. It’s a significant step forward, though all three proposals remain in concept phases and are undergoing due diligence, according to the city.

Those facets include: an 80-key boutique hotel with ground-floor retail and a rooftop bar or restaurant. Eleven live-work townhomes (up to 3,000 square feet each) that would wrap a new 185-space parking deck. And a two-story Town Green Market Development fronting the main road, with a mix of retail, offices, and restaurants overlooking the park.

If that’s a lot to digest, head to the gallery above for a breakdown of park progress and visual explainers that should help paint the picture.