Like Vine City’s Cook Park and Westside Park last year, another multifunctional ITP greenspace has debuted on what used to be underused if not empty land, albeit on the flipside of town. 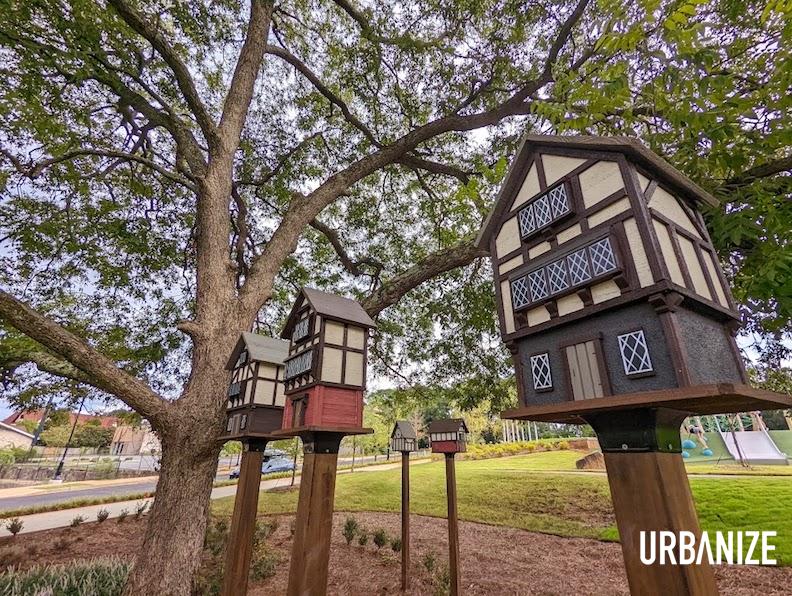 In June, Avondale’s Downtown Development Authority approved three MOUs, or memoranda of understanding, pertaining to mixed-use developments that would be built around the new park. All three proposals remain in concept phases and are undergoing due diligence, according to the city.

Those facets include: an 80-key boutique hotel with ground-floor retail and a rooftop bar or restaurant. Eleven live-work townhomes (up to 3,000 square feet each) that would wrap a new 185-space parking deck. And a two-story Town Green Market Development fronting the main road, with a mix of retail, offices, and restaurants overlooking the park.

On a related note, Avondale Estates was shortlisted this week on Opendoor’s rundown of the top 15 family friendly towns and cities across the U.S., earning the No. 15 spot behind Mission, Kansas. (Cambridge, Massachusetts took first place in the rankings, which weighed criteria such as “academic excellence,” “the great outdoors,” and “small-town feel.”)

Head to the gallery for a look at what the buzz is about—and a preview of how subsequent phases could transform spaces around the new park.