The team behind Olive and Pine, an Avondale Estates adaptive-reuse project with a food hall at its core, had hoped to start welcoming patrons into reimagined, 1950s warehouse spaces this past spring. But like most aspects of society since 2020, the construction industry and its schedules are a bit out-of-whack. 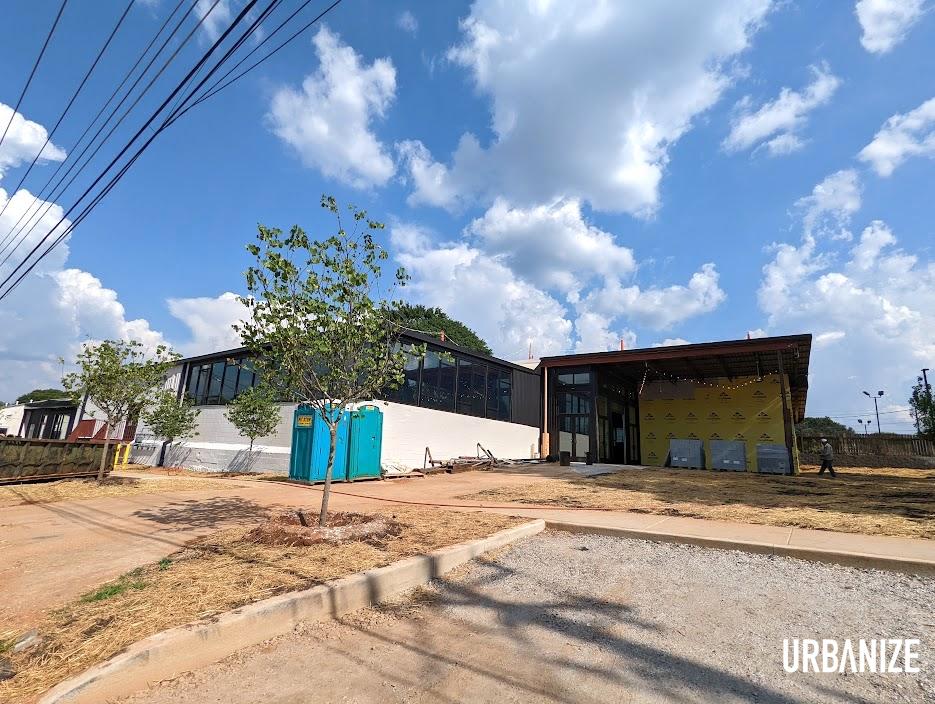 How the 25,000-square-foot project is fusing new design elements into the 1950s warehouse on site. Josh Green/Urbanize Atlanta

Not coincidentally, the city implemented an Open Container Entertainment District in June that stretches from Sam’s Crossing near Decatur to Avondale Estates’ Tudor-style downtown. That allows visitors to carry specially marked, 12-ounce plastic cups of booze throughout the district. 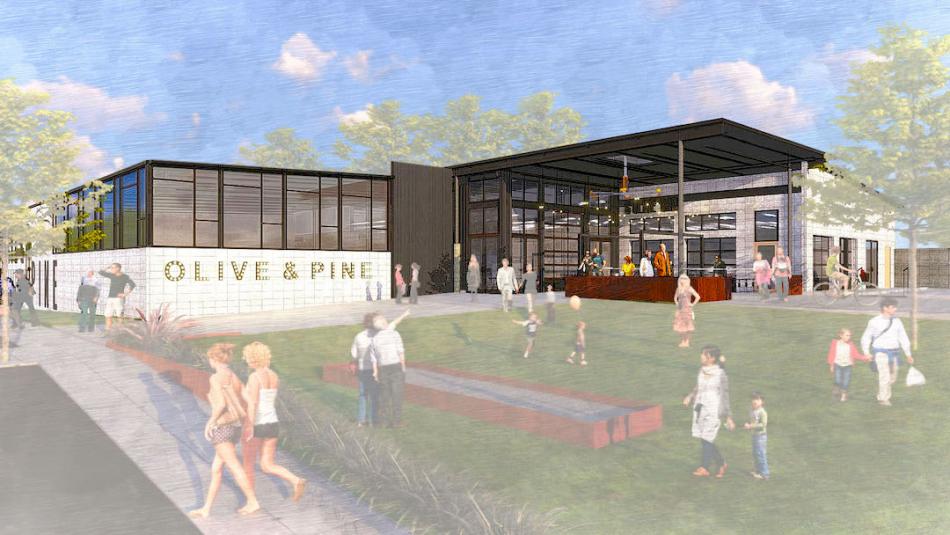 An updated rendering of the Olive and Pine project's active lawn and covered outdoor seating near Little Cottage Brewery. Courtesy of 6 Olive Development

Beyond the brewers, attractions in surrounding blocks include Little Tree Art Studios (across the street from Olive and Pine) and Pine Street Market.

Roughly three blocks east of the Olive and Pine project, Avondale Estates is also applying finishing touches on a new four-acre town green that’s scheduled to open before the Fourth of July.

The city plans to upgrade Franklin Street, which borders the food hall project and will connect with the new greenspace, with enhanced landscaping and lighting to create a grander, more walkable boulevard feel, officials have said.

Marketers have stressed that Olive and Pine’s proximity to hundreds of new apartments—with several hundred more in the pipeline—will be a boon for businesses. Chan told Urbanize Atlanta last year he was initially drawn to the area because it’s underserved—and primed for a communal hub with a food scene at its core.

Head to the above gallery for more context and a look at construction progress. For a rundown of Olive and Pine tenants announced so far, see below:

This bakery and sandwich shop will offer a globally inspired menu rooted in traditional techniques, to include scratch-made pastries for breakfast and craft sandwiches for lunch, plus brunch on the weekends. Lee, who also works with Kinship in Virginia-Highland, studied at the French Culinary Institute in New York City and previously worked at Osteria Mattone and Table and Main in Roswell.

POP UP by Vivian Lee

POP UP will supply a space equipped with a full kitchen and a “proper dining experience” to pop-up chefs and other cooking enthusiasts. The goal is to provide “young talents and small businesses a platform and mentorship to thrive, to work toward opening their own restaurants, or earning extra income,” as overseen by Lee, according to business leaders. 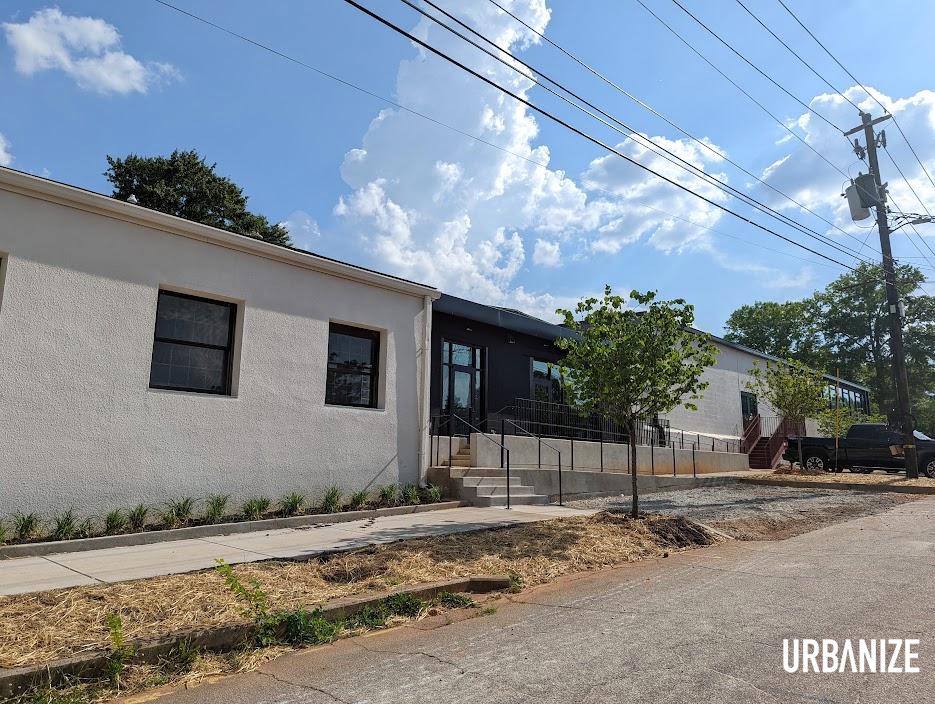 An entrance along Franklin Street that faces art studios in the district. Josh Green/Urbanize Atlanta

The full-service hair salon with independent stylists was started in 2014 and has locations in Old Forth Ward, Grant Park, and soon, Avondale Estates. Akasa will also sell local goods, CBD, and hair products from Evo and Davines.

An architecture firm headed by Andy Rutledge and Danny England that was founded in 2004 and counts projects across Decatur and Atlanta.

It’s a multi-disciplinary design studio specializes in the hospitality and building industry.

Loosely inspired by the work of English musician, writer, and artist David Sylvian, room WW will be “a space for word, sound, and image,” with a mission “to explore contemporary subjects and issues through various forms of medium.” Bookings of room WW will be managed by the aforementioned coffee and tea house.