Since way back in 2016, plans have been bandied about for filling Atlantic Station’s most visible gap with a stack of apartments where the Atlanta Open tennis tournament had been played for years.

At long last, those plans have been set in motion.

The building’s “dramatic stepped form creates terraces with a one-of-kind vista of Atlanta’s sweep from downtown to Midtown,” as designers Smith Dalia Architects put it, while expanding Atlantic Station’s live-work-play footprint across more of its 138 acres. 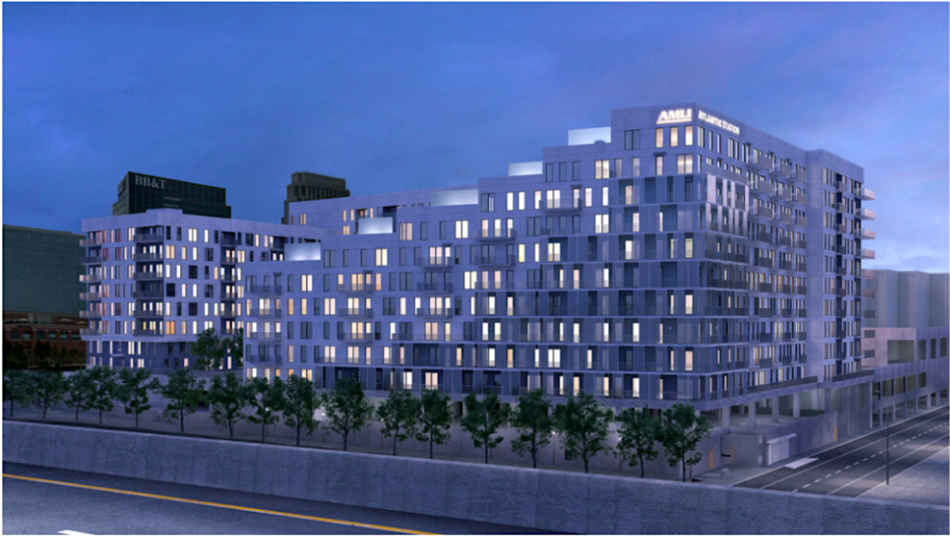 Formerly called AMLI Market Street, the 360-unit project will include about 25,000 square feet of shops and restaurants at street level (on the side opposite the Connector, facing Market Street) while plugging a prominent hole in the district’s streetscape, officials have said.

A deep, centralized courtyard is also planned on the side facing Midtown.

Currently, AMLI operates apartment communities the company built to the east and west of Atlantic Station, with AMLI Arts Center in the heart of Midtown and AMLI Westside on Howell Mill Road. AMLI bought the 2.3-acre site next to Atlantic Station’s Dillard’s for $10.5 million in 2016. 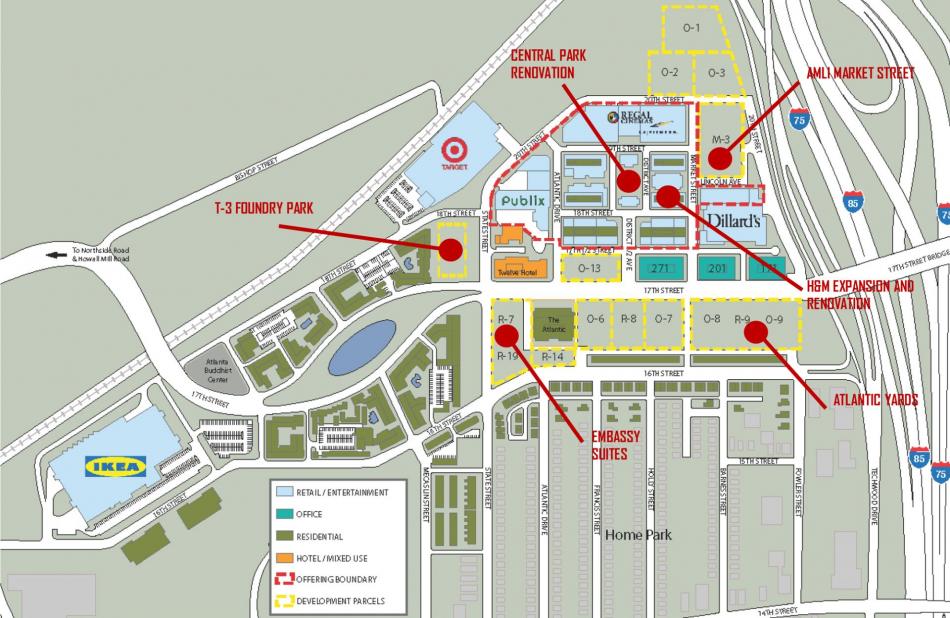 A Hines illustration from 2018 showing areas of the 138-acre property recently filled with new construction. Hines

The apartments mark the final piece of void-filling new construction promised over the years by Houston-based Hines, which acquired Atlantic Station for $200 million in 2015 and forecasted an overhaul in terms of aesthetics and functionality.

A half-dozen vacant acres around the private property have yet to be developed, however, and sources have indicated a huge, shed-like basketball facility built last year along 17th Street isn’t technically permanent.

Now spanning nearly 3 million square feet, Atlantic Station opened 17 years ago this month and has since been heralded as one of the country’s largest brownfield redevelopments—big enough to have its own zip code. 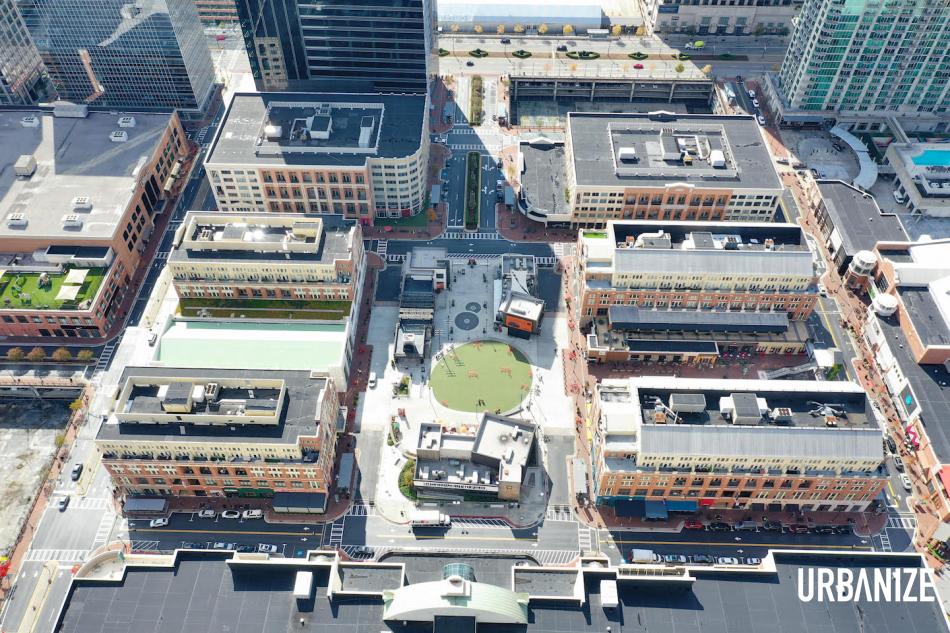 This aerial over the Atlantic Green shows the beginnings of apartment groundwork (at left) this week. Josh Green/Urbanize Atlanta

Find more renderings and additional context for Atlantic Station’s next growth spurt in the gallery above.