OLD FOURTH WARD—Atlanta Housing’s board of commissioners made a decision this week that could finally set in motion a long-planned, long-sputtering redevelopment of the Boisfeuillet Jones Atlanta Civic Center, a strategically located, 19-acre property where Old Fourth Ward meets downtown, as Atlanta Civic Circle reports this week.

The housing authority selected a joint venture of New York-based Tishman Speyer and Atlanta’s H.J. Russel & Co. to transform the moldering property—empty since 2014—into a sort of mini city that hasn’t been clearly defined yet, except that some 1,300 new residences would be included (430 of those deemed “affordable” by AH standards). The next step involves finalizing a master development agreement and finding project financing before a timeline is established. The scope of this redevelopment would cover all but 5 acres at the site. 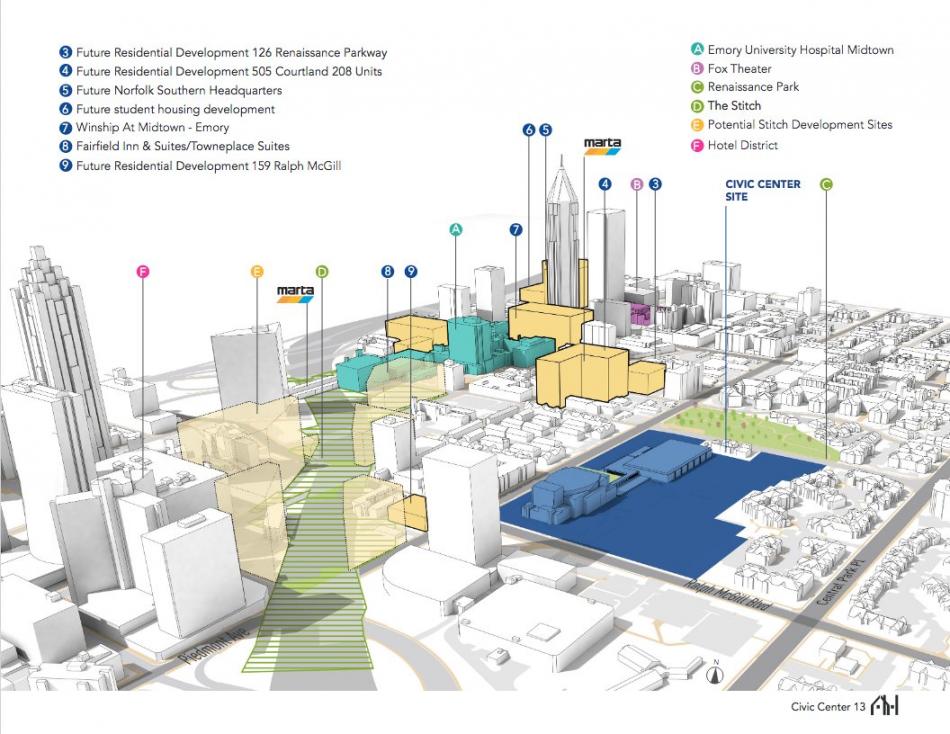 A job of this magnitude, so close to downtown, could help explain why Tishman Speyer didn’t exactly kick and scream when leaving a potential deal to redevelop 12-acre The Mall West End last year. The real estate giant—apparently champing at the bit to reenter the Atlanta development hustle—also has really tall ambitions for warehouse properties on the flipside of town that include the longstanding Compound nightclub.

CITYWIDE—Advocates for light rail around the ballyhooed BeltLine loop were dealt encouraging news this week—to an extent.

In interviews with Saporta Report, both Atlanta Mayor Andre Dickens and Clyde Higgs, BeltLine president and CEO, said BeltLine rail remains a crucial part of the overall project—and mobility in the city—moving forward. Dickens said he’s “definitely committed” to seeing rails beside the paved multi-use path. Higgs called transit “a vital part of our DNA” and said the BeltLine will remain committed to that transportation mode unless a more compelling option is presented. Matthew Rao, BeltLine Rail Now’s chair, called Dickens’ input encouraging but added that MARTA’s inactivity when it comes to building rail projects outlined in the More MARTA program has been a disappointment in his grassroots agency’s eyes. Other cities, Rao noted, are using federal funding—more abundant now than ever, he said—to make “world-class transit” a reality. 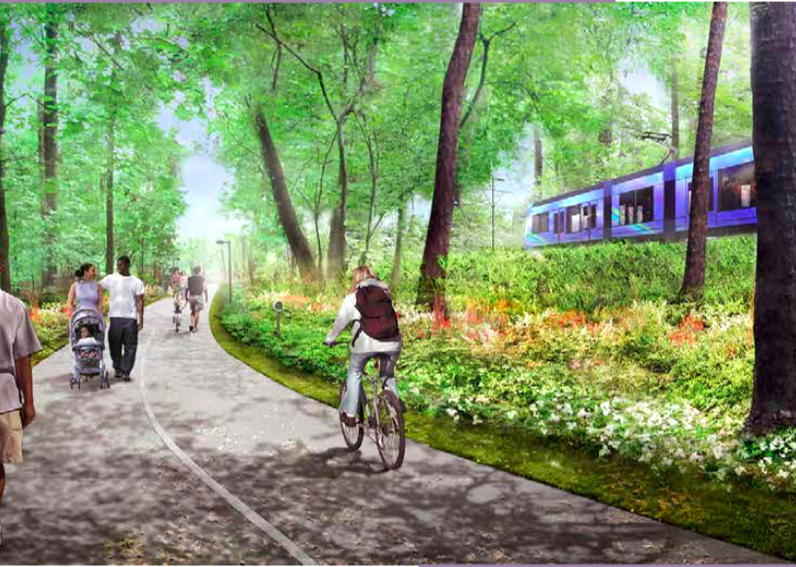 How the trail and train might commingle in more forested BeltLine sections.Atlanta BeltLine Inc.

More MARTA half-penny sales taxes—approved by Atlanta voters six years ago—have been racking up roughly $70 million per year, or $400 million total, the website relayed. Nonetheless, action related to final designs and construction of rail in the BeltLine corridor has been molasses-slow. (In an interview last year, BeltLine Rail Now leadership told Urbanize Atlanta this era of federally funded opportunities and population growth has put Atlanta at a crossroads that can lead to either “tremendous rebirth or demographic meltdown.” In February, MARTA heads released a study that showed light-rail construction on the BeltLine could cost twice as much as previously estimated.

TUCKER—The AJC reports the Tucker Planning Commission likes the idea of converting an empty AT&T office building in the DeKalb County city into 200 apartments, following a national trend given the state of the office market. The mid-rise structure—built in 2001 at nine stories—is located about a half-mile from moribund Northlake Mall, which is undergoing renovations.

The commission unanimously voted in favor of the project this week; now it heads to the Tucker City Council for review in June. Involved in the adaptive-reuse deal are a subsidiary of SDM Partners (SDM Northlake), real estate firm JLL, and intown developer Third and Urban.