Editor’s note: In the wake of a recent three-part AJC investigative series, the deplorable condition of some apartment complexes around the City of Atlanta has been a hot topic. The story of two neighboring rental communities in the Glenrose Heights neighborhood, located about six miles directly south of downtown Atlanta near the airport, could serve as a source of hope and model for viable affordable housing born from wretched conditions.

Audrea Rease, a partner with TriStar Real Estate Investment, helped lead the transformation of living conditions for nearly 800 people on the city’s southside. In the following Letter to the Editor supplied to Urbanize Atlanta, she describes the daunting challenges her team faced and how they ultimately succeeded in making two dangerous communities, as she tells it, both desirable and affordable.

Much news recently has rightly focused on the deplorable conditions of some multifamily communities around this city. Indeed, the ongoing conversation about affordable housing in Atlanta is crucial.

Thankfully, there are affordable housing success stories, which are important to share on their own, but also because they may serve as a catalyst for other leaders, be they in the public, private, or nonprofit arena.

In June 2018, our real estate investment firm purchased Springview and Summerdale apartments, located off Cleveland Avenue in Atlanta. Previously owned by an absentee landlord residing out of the country, the properties were in an appalling state of disrepair and neglect. They were the epitome of “dangerous dwellings.”

At Springview, 92 of 144 units were offline and unlivable, although a number of squatters were living in some of the dilapidated units. Many buildings had collapsed roofs and had been completely overgrown by kudzu and weeds. They had been vandalized and damaged severely by theft and exposure to the elements. The property also was littered heavily with trash and debris. 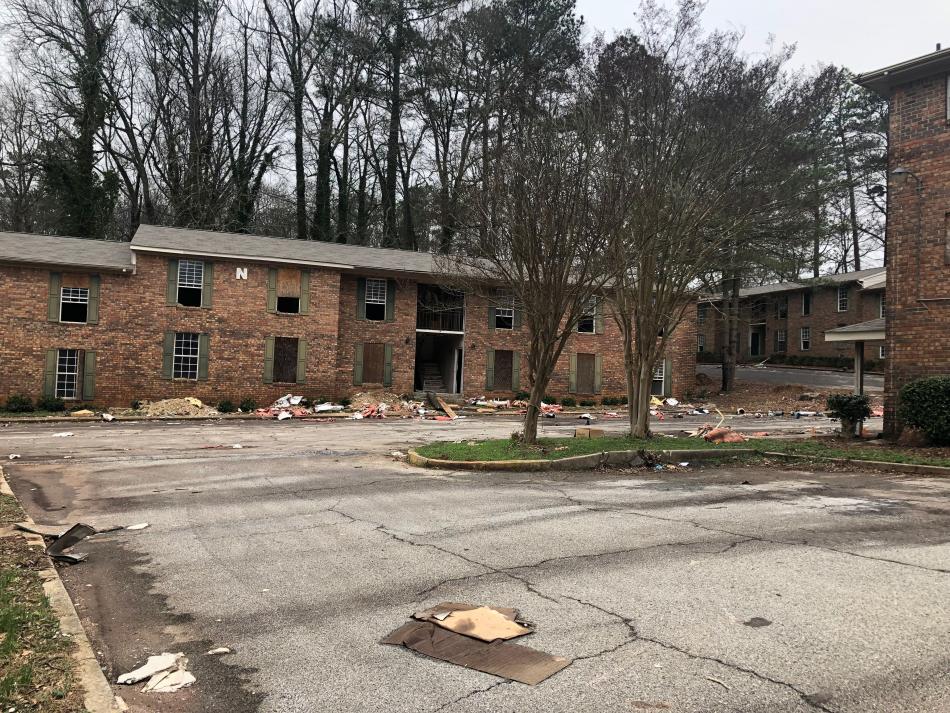 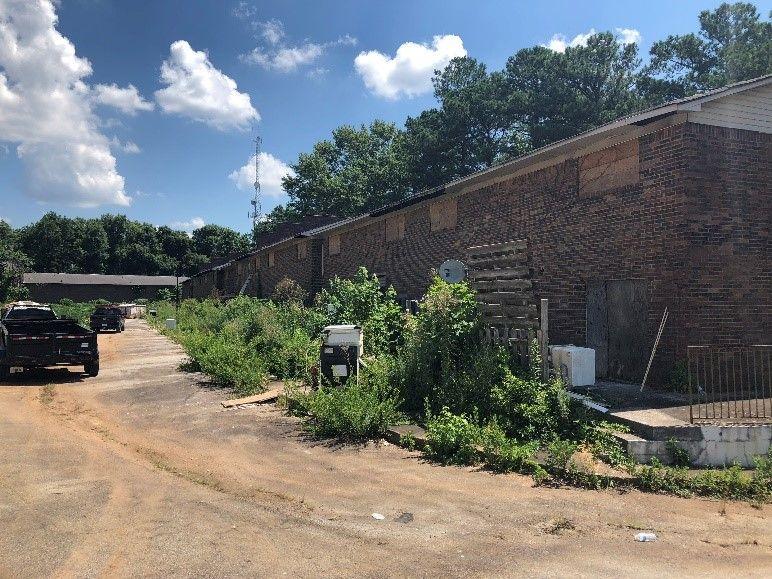 The entrance gates were inoperable, and perimeter fencing had been torn down in various places, allowing unrestricted access to all vehicular and foot traffic. And that traffic came in droves to buy drugs and participate in other illegal activities. In fact, Springview—and Summerdale, its sister property across the street—had a notorious reputation as a regional hub for drugs and crime.

For its part, Summerdale was 100 units that were mostly leased as of June 2018, but barely livable. Some tenants had been living without working air-conditioning for years and dealt with other serious maintenance concerns that had never been addressed. 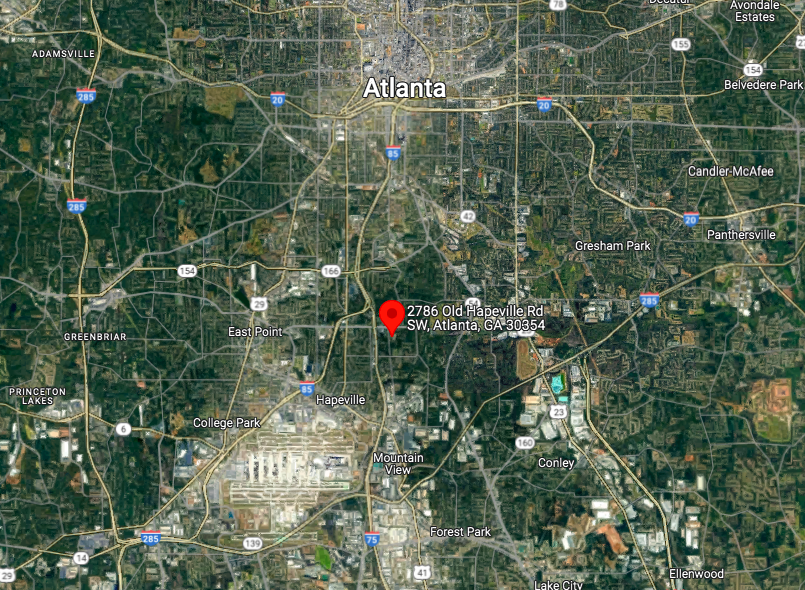 The location of Springview and Summerdale apartments, just east of the downtown Connector. Google Maps

Both Summerdale and Springview had entrenched roach and rodent infestations, with bedbugs in some units. The crime that characterized Springview and Summerdale resulted in 490 calls to 911 in the year 2017 alone, of which 275 were for violent crime. Gunfire was rampant, and when not going to school, children were sequestered indoors for safety.

The crime from these communities spilled out into the surrounding neighborhood and fed into other hotspots, causing frequent lockdowns at Cleveland Avenue Elementary. Needless to say, Summerdale and Springview were well-known by the Atlanta Police Department.

Today, Summerdale and Springview apartments are much different places than before we bought and rehabilitated them. Crime has been reduced by more than 90 percent. Following a multi-million-dollar renovation, all offline and dilapidated units have been renovated and leased. 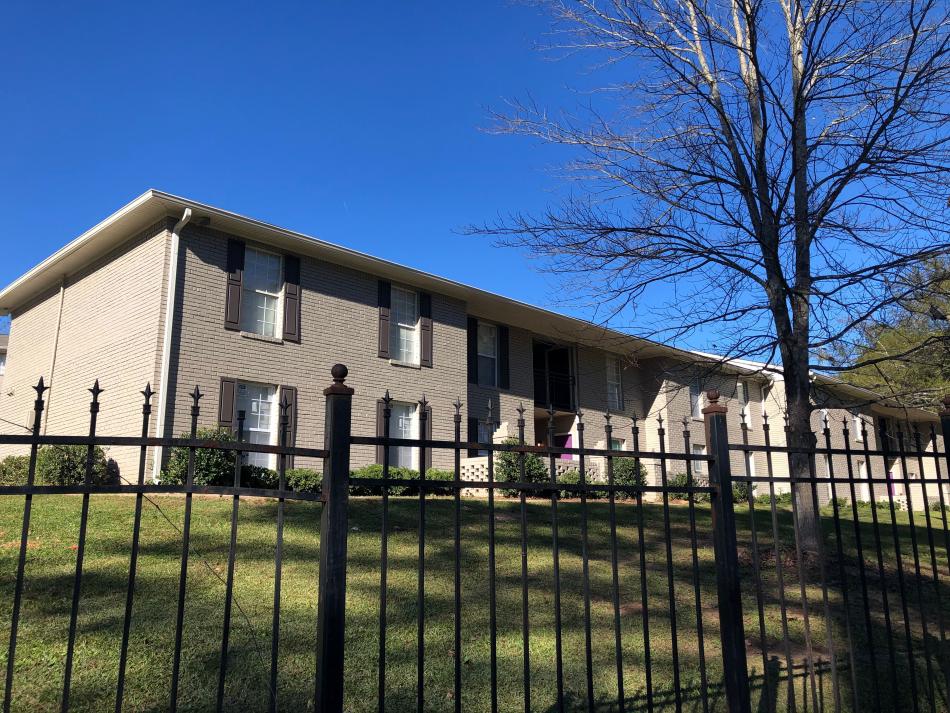 Maintenance work orders are current at both properties. The street approaching the properties has trees planted by volunteers from Trees Atlanta. Children play outside at a playground built in partnership with nonprofits Star-C and KaBoom and the CarMax Foundation. (Star-C provides wraparound services, including community events, free onsite afterschool, and a summer camp that’s operating right now.)

All the while, rents have been kept at rates that are affordable for people earning around 45 percent of the Area Median Income, with 74 offered in Atlanta Housing’s HomeFlex program. Nowhere is a utopia, but the transformation of these communities has been so dramatic that they were featured recently in a five-part series by a local news broadcast.

So, how did we do it? A commitment to well-maintained affordable housing, partnerships and, of course, capital.

Our goal is to provide well-maintained affordable housing where families want to live. This commitment kept us going through obstacles during acquisition, roadblocks with the city’s permitting process during renovation, and challenges from criminals who didn’t want the properties to change.

These criminals tried to maintain a robust flow of their customers, and they would damage the gates and fences constantly to keep them in an open position for people to drive or walk through. They continued to operate flagrantly between our properties and the nearby gas stations, until we were able to get them off our premises. In some instances, they remained as phantom tenants, where the lease was in someone else’s name, but a drug dealer was living there.

If landlords lack commitment and begin to neglect their properties like this, they should be dealt with through strong code enforcement.

It has taken a proverbial village of business, municipal, and nonprofit partners. Our affiliated property management company has been on the front lines of our effort to transform the properties. After acquisition, we hired 24/7 armed security at the properties, installed security cameras, and formed a partnership with APD for community meetings. 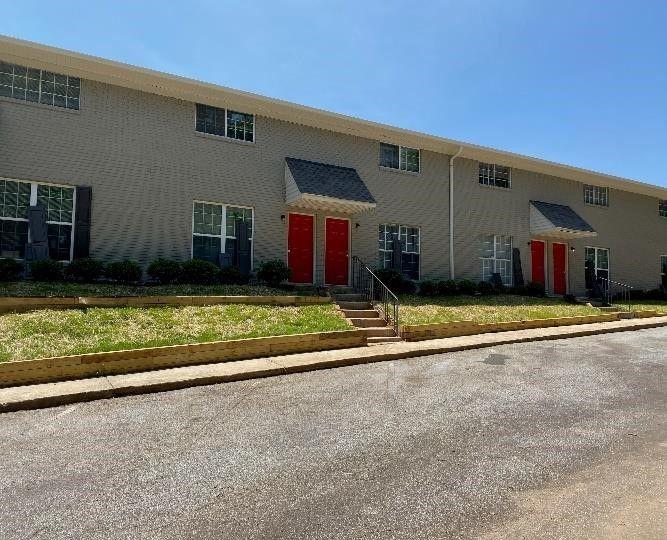 Now, there are three police officers living onsite. In step with Star-C’s wraparound services, we’ve partnered with the nearby school. And, again, HomeFlex units from Atlanta Housing help us maintain affordability. Numerous other nonprofits and businesses have had a part in this story. We cannot underscore the value of private-public-nonprofit partnerships enough.

And none of this was free. Our real estate investment firm has used social impact funds, conventional bank loans, Invest Atlanta’s Housing Opportunity Bond, a 0 percent interest loan from a local foundation, and a Fannie Mae loan as financing on these deals.

Today, about 760 people live at these properties, in 244 renovated units combined. We consider every unit to be one family, and there are some units with multi-generational families living in them.

The renovations for these communities were done with tenants in place.  There was no process where the tenants had to be relocated, moved out, and then allowed to return to the property. (Remember that 92 of 144 units at Springview were unoccupied.) We embarked on the renovation process with a guiding principle of trying to retain as many “legacy tenants” as possible, and we were able to do so. Legit working families were not displaced. 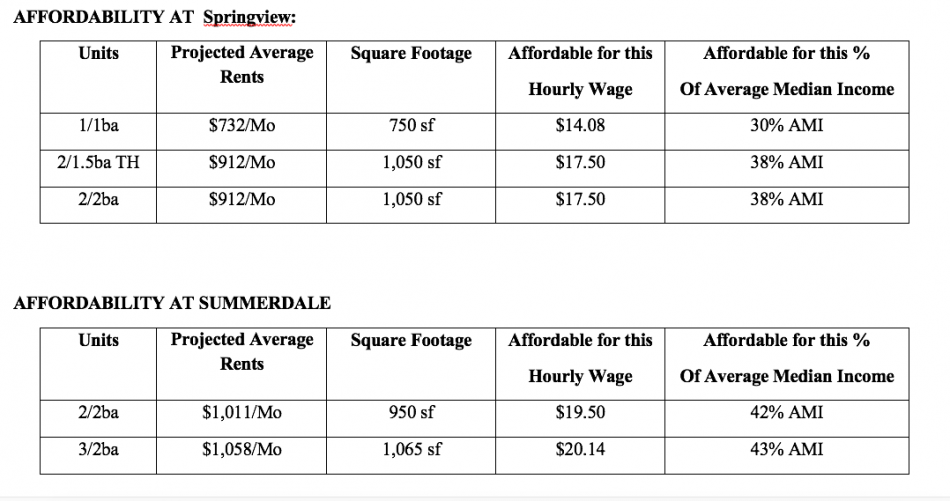 Rehabbing these formerly dangerous dwellings has been a long and arduous road, with many unforeseen challenges along the way. But our story shows that community transformation is possible with commitment, partnership, and capital. We hope that other landlords, municipalities, businesses, and nonprofits will use our example to create change.

Audrea Rease is a partner in TriStar Real Estate Investment, a commercial real estate investment company, which has a Social Impact Fund that improves education through affordable housing by addressing transiency. She also is the executive director of Star-C, a nonprofit sustainable education model with an affordable housing solution.