Developers and city government officials are expected to officially open a Westside apartment project this month that’s being marketed as “stylish, refined urban living within a charming garden community” at affordable rates.

Atlanta Mayor Andre Dickens is scheduled to lead a ribbon-cutting ceremony Wednesday at the new Canopy community, alongside Columbia Residential and Grove Park Foundation officials, among others.

A project rep tells Urbanize Atlanta the Canopy apartments are currently leasing, though it wasn’t clear at press time how many units remain available. [UPDATE:  3 p.m., June 23: We're told all Canopy units are currently leased. Please see the comments section below for a rundown of rates, including affordable housing reserves not publicly advertised.] 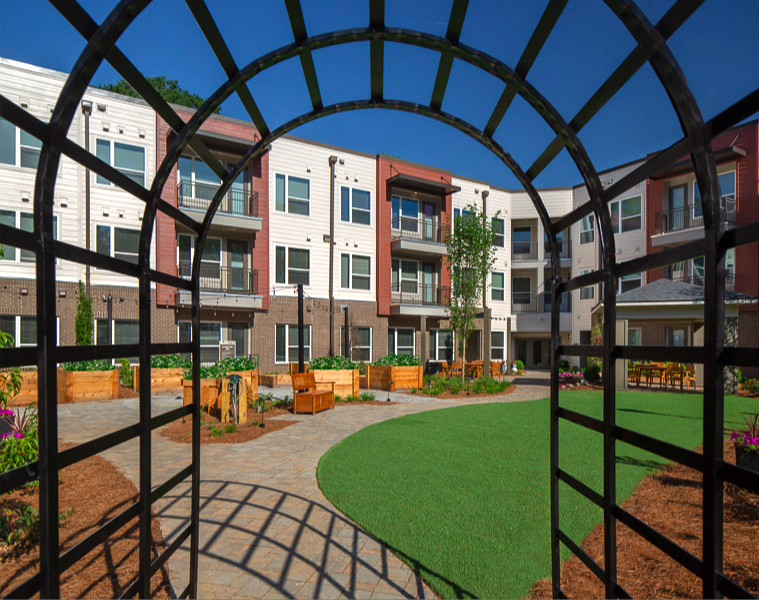 The Columbia Residential project’s goal is to provide homes at permanently affordable rates in an area where residents are at higher risk of displacement as housing prices and the cost of living escalates, officials have said.

According to Apartments.com, monthly rents at the Canopy community range from $1,450 to $1,650.

Columbia, an Atlanta-based affordable housing developer, currently has eight projects in the pipeline, including the final multifamily component at the mixed-use, transit-oriented redo of the Edgewood/Candler Park MARTA station. Other partners in the Grove Park project include JHP Architecture & Urban Design and Long Engineering. 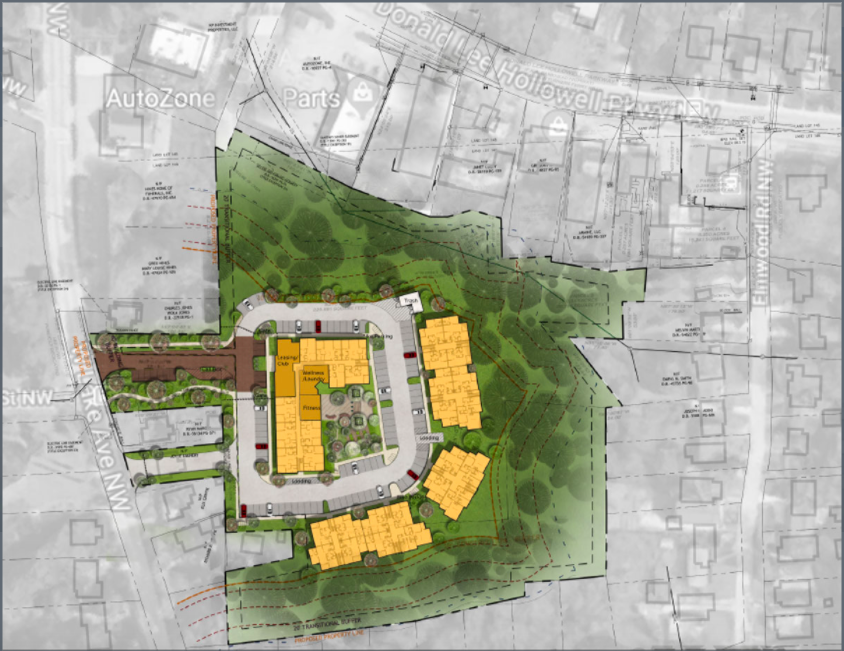 The Grove Park build isn’t the only affordable-housing initiative moving forward near scenic Westside Park, which has proven a popular destination for recreation, exercise, and events after debuting its $44-million first phase in August.

In nearby Bankhead, the Parkside apartment community has finished construction with an affordability component, across the street from Microsoft's future campus.

Swing up to the Gallery for a closer look at Canopy’s grounds, buildings, and floorplans.