The redevelopment of a nine-story eyesore into a more purposeful use is set to continue investment aimed at making downtown East Point more walkable, vibrant, and inclusive.

Construction has begun to turn the former Nelms House at 1600 Connally Drive into an 88-unit building offering exclusively affordable housing, according to UnitedHealth Group, which has partnered with national affordable housing agencies to contribute more than $100 million recently to projects dotted around the U.S. 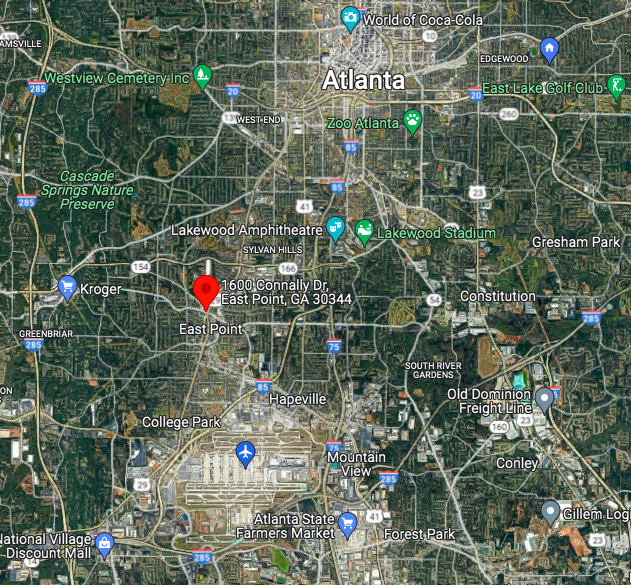 A UnitedHealth spokesperson tells Urbanize Atlanta the East Point project, once renovated, will provide 72 one-bedroom and 16 two-bedroom units for older adults and families earning 60 percent or less of the area’s median income.

The building—formerly used as senior housing and the Housing Authority of East Point’s offices—has been vacant for more than a decade. Its redevelopment into affordable housing is scheduled to be complete in March, according to UnitedHealth. 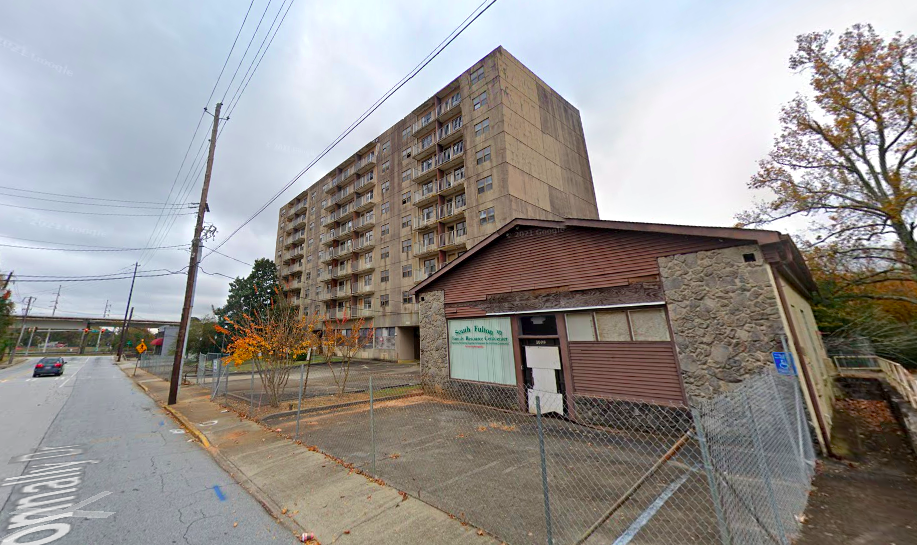 The property's condition as of last year. Google Maps

East Point Housing Authority officials have said the revived building will be called Aya Tower, and that the bulk of construction will be funded with state tax credits and bonds. Only the exterior bones of the building are expected to remain.

Directly across the MARTA tracks, on a site linked to downtown via the city’s pedestrian bridge, a Kairos Development Corporation venture called East Atlanta Exchange envisions 21 acres of apartments, greenspaces, and retail meshed with landmark buildings.