Between downtown Atlanta and the city’s bustling airport, another mixed-use development is moving forward with hopes of reshaping and enlivening blocks around East Point’s historic core.

The East Point City Council and Mynd Match Development Group are expected to formally unveil plans for an $111-million venture called “The Commons” at a Tuesday morning ceremony.

The project would consume about 9 acres along Main Street and extend the city’s walkable appeal northward toward downtown Atlanta. 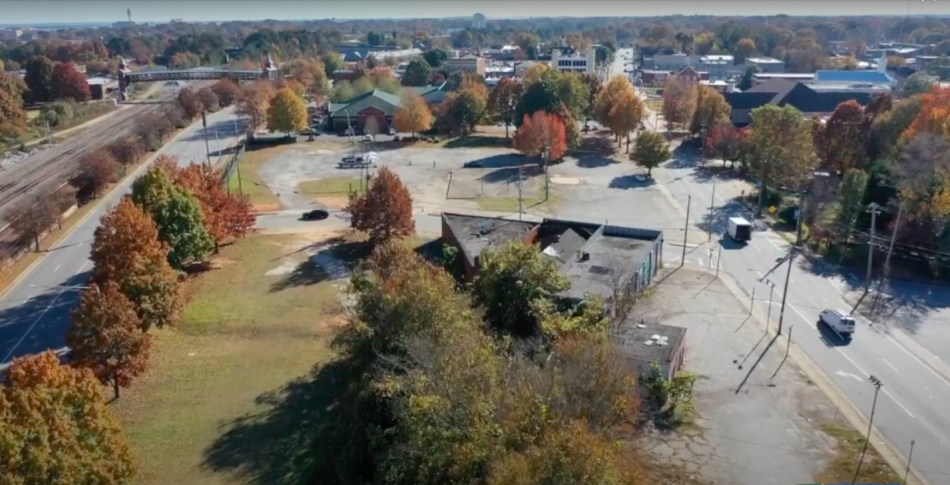 Overview of the 9 acres East Point leaders say will become an equitable development. City of East Point, via YouTube

It’s early in the design process, but according to East Lake officials, The Commons will see a mix of commercial, retail, and residential properties alongside greenspace and public art.

The urban planning and development team also includes TVS, an Atlanta-based architecture firm with projects dotted around the world. The firm is also currently designing a Midtown residential tower that would be Atlanta’s tallest in about three decades.

“This is a long-awaited announcement for our residents,” said the mayor in an announcement. “I look forward to a more equitable housing strategy, continuous community engagement, and a placemaking destination that will be catalytic to revitalizing our downtown.” 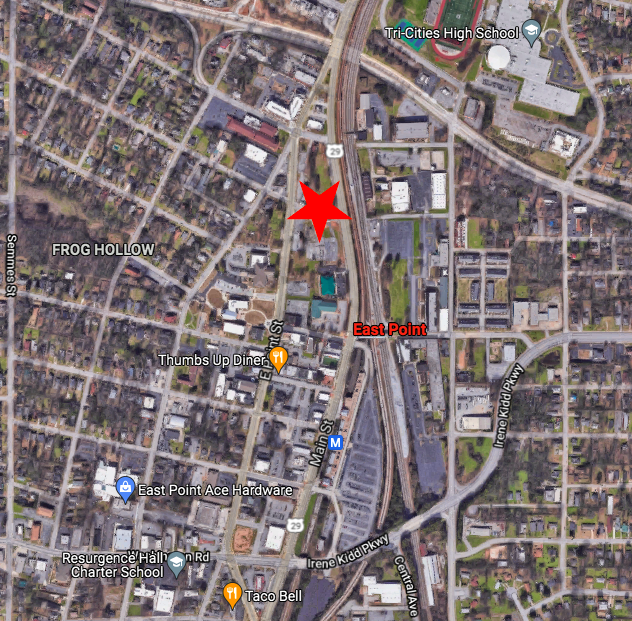 Excell Lewis, Mynd Match’s chairman and CEO, expects the project will create 1,500 jobs, including work for local contractors during the building process.

City leaders are vowing to accept public input regarding The Commons’ architectural design and features in forthcoming public meetings. One goal is for the project to complement the East Point Library next door, and adjacent downtown buildings beyond that.

The Commons isn’t the only big idea brewing near East Point’s downtown and MARTA hub.

Directly across the MARTA tracks, on a site linked to downtown via the city’s pedestrian bridge, a Kairos Development Corporation project called East Atlanta Exchange envisions 21 acres of apartments, greenspaces, and retail meshed with landmark buildings. 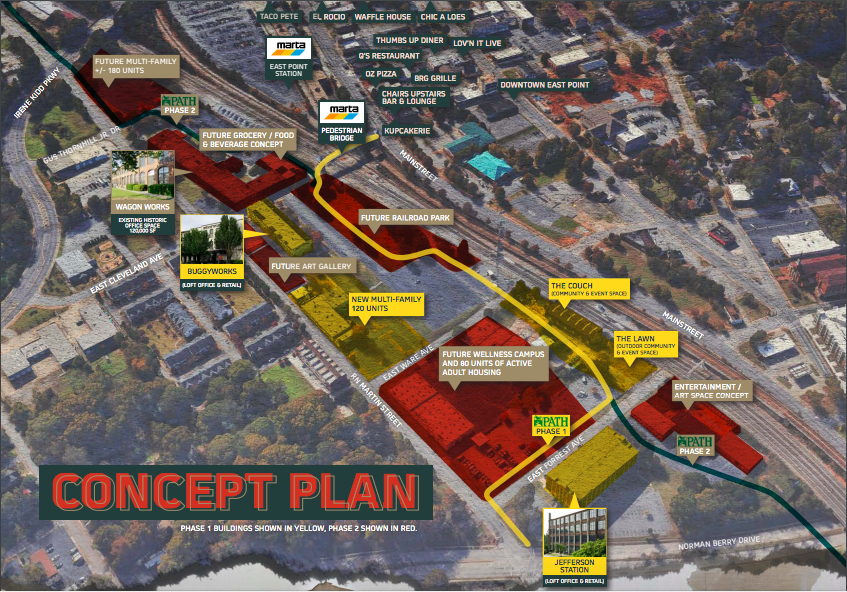