Much has been written lately, on these pages and by scribes like the AJC’s Bill Torpy, about what’s happening in pandemic-era Pittsburgh—a hardscrabble Atlanta neighborhood for generations that could now be classified as hot real estate.

Depending on your perspective, Pittsburgh is either caught in the perfect gentrification storm or is sitting at the confluence of many blessings, in terms of outsider investment. Restricted housing supply, a brand-new slice of Atlanta BeltLine, and a jobs hub like Pittsburgh Yards have become the recipe for a simmering stew of buyer interest.

Case in point: A pair of new Pittsburgh homes the sales team has dubbed the “Yin and Yang farmhouse moderns.” 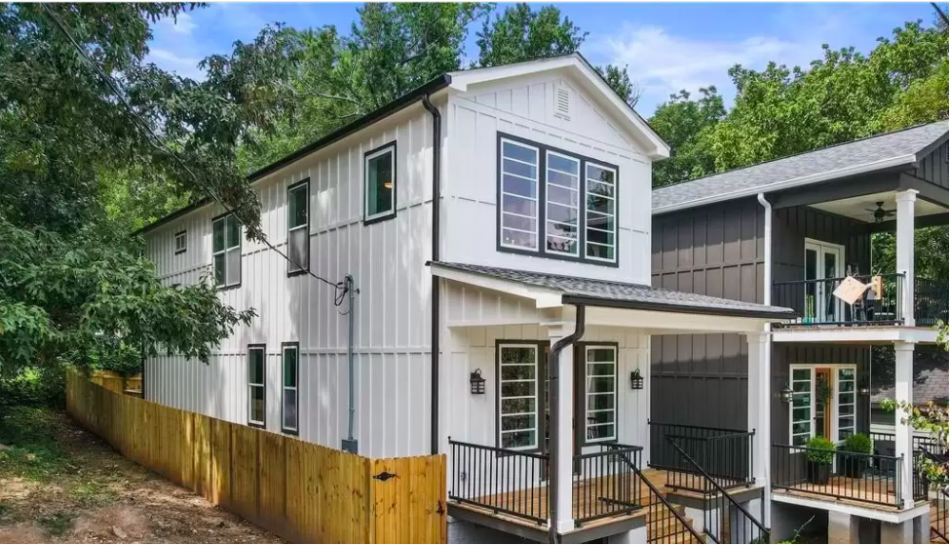 Tucked off Metropolitan Parkway, just south of downtown and roughly six blocks from the BeltLine’s Westside Trail, these detached houses maximized an empty corner lot. And in doing so, they’re exemplifying where Pittsburgh’s residential real estate has come.

The one that’s for sale, painted white at left, is priced at $429,000. According to listing agent Bryan Gates, a Realtor with PalmerHouse Properties, its charcoal-painted counterpart sold before it could even reach the market.

It’s the sort of deal that would've raised eyebrows as recently as last year in Pittsburgh—where home prices had ballooned by 70 percent between August 2020 and last month, according to Redfin—but is now becoming commonplace.

The property is more about efficient intown living than McMansion proportions. That means three bedrooms, two and ½ bathrooms, a parking pad out front, and what’s probably the defining feature: a two-story main living space that greets people as they walk in.

“No builder-grade finishes here, from exterior to interior,” Gates noted in an email. “You walk up to customized iron railings, and from there it just gets better.” 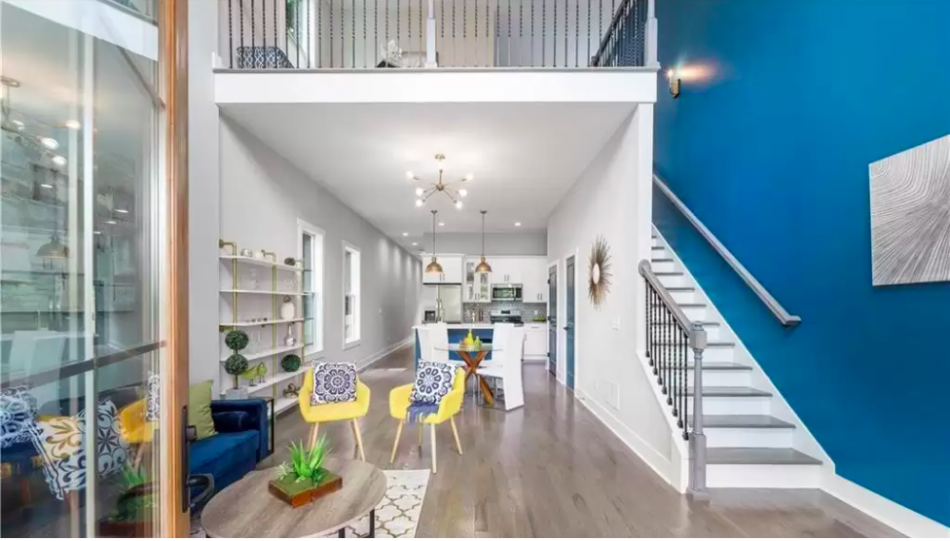 Other perks include a main-floor master bedroom connected via French doors to a functional back deck and low-maintenance, fenced yard. In the kitchen, the glass mosaic backsplash in a herringbone pattern is a nice touch, while the upstairs loft space might strike some as versatile—and others as annoyingly open.

Not that it’s a prerequisite, but the overall style jibes with the street’s existing housing. 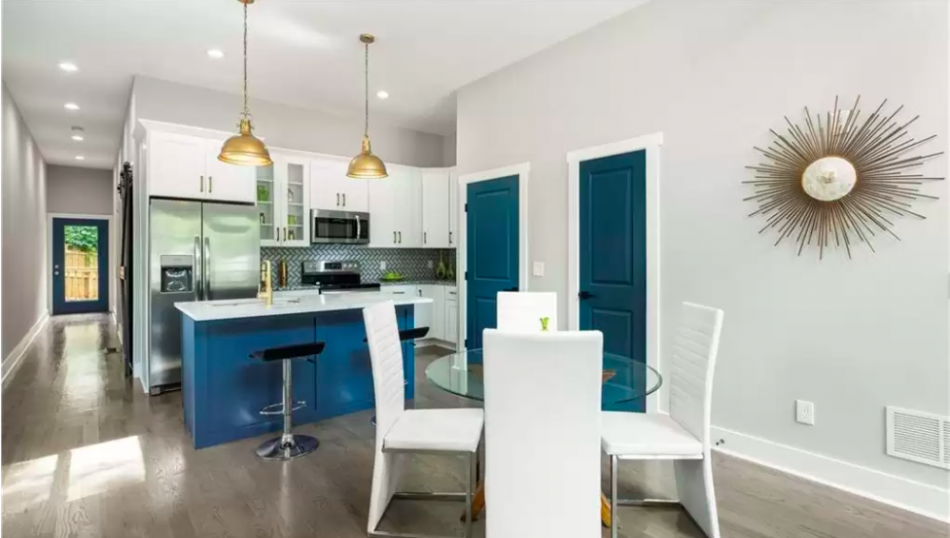 Kitchen and dining at the heart of the main floor. Building Exquisite Homes; courtesy of The Gates Group

Gates says the LLC behind this Yin and Yang, a company called Building Exquisite Homes, is planning to build more housing in two different parts of Pittsburgh, off both Rockwell and Arthur streets.

At this rate, who could blame them?