Bypassing those annoying social logjams on the BeltLine’s most popular segment should be easier soon.

As walkers, runners, and riders on the Eastside Trail may have noticed this summer, Atlanta BeltLine Inc. has launched a capital campaign in hopes of providing fixes and a better overall user experience on the stretch of trail between Piedmont Park and Krog Street Market.

Beginning this month, that includes an upgrade that will effectively make the usable portion of the Eastside Trail four feet wider in a high-traffic area.

The BeltLine is adding a relatively soft, two-foot-wide shoulder to both sides of the trail, using a material called Flexi-Pave, or a flexible, porous pavement. (A short section of similar surfaces was installed near the John Lewis Freedom Parkway bridge a few years ago.)

The new shoulders will run from Monroe Drive to Irwin Street. Installing them is expected to take five months, and lane closures similar to those during last year’s lighting-installation project are expected, according to BeltLine officials. 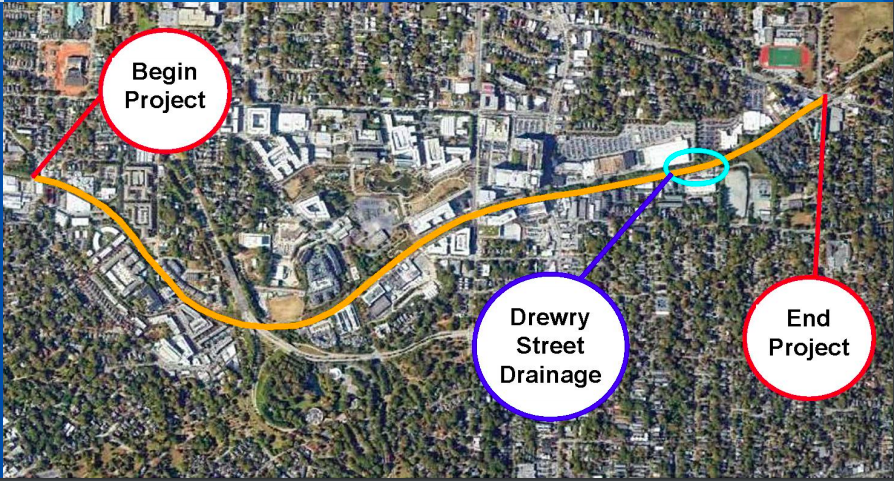 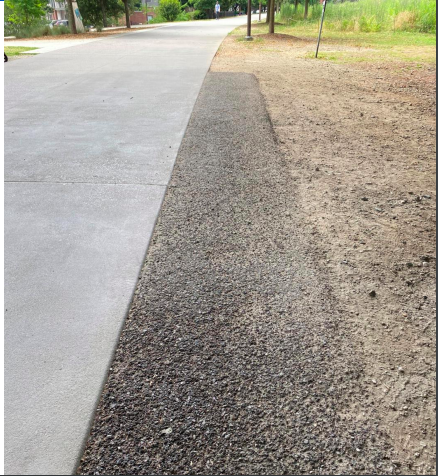 An example of the Flexi-Pave shoulder installed a few years ago on the Eastside Trail. Courtesy of Atlanta BeltLine Inc.

Meanwhile, work has been underway for several weeks to fix drainage issues that have caused water to flood off the BeltLine corridor into the Midtown Promenade shopping center parking lot.

The installation of new drainage pipes, ditches, and a junction box has been ongoing at Drewry Street, where the Eastside Trail divides Virginia-Highland and Midtown. 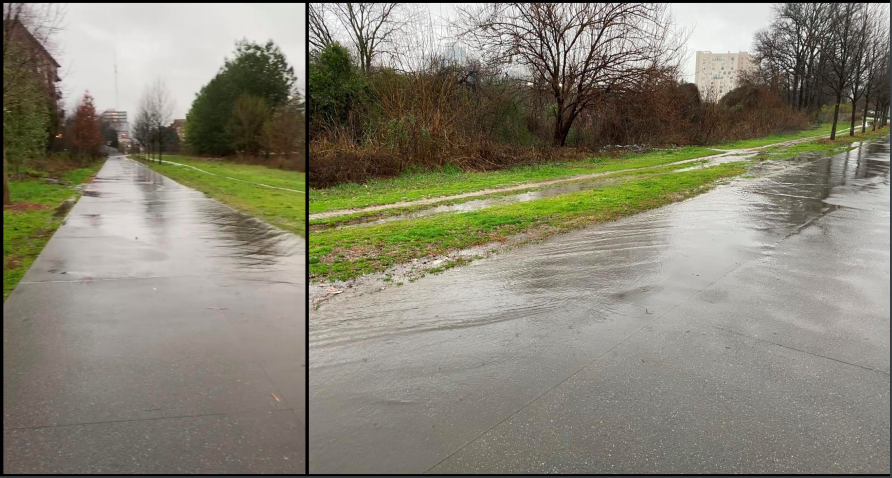 As is, that interim trail section varies from surfaces of dirt to large pieces of teeth-jarring rock.

BeltLine leaders expect to install the new 14-foot-wide gravel path by summer’s end. It’s being funded by a donation from the Speedwell Foundation.

• Fresh renderings: BeltLine eatery to be made from relocated factory building (Urbanize Atlanta)