But the 32-acre, mostly vacant shopping center site where Moreland Avenue meets Custer Avenue isn’t expected to be idle for long. And new plans by another active intown developer, Empire Communities, could be even more ambitious.

Alliance made waves last year with the scope of plans for Broadstone Moreland—the latest in the company’s Broadstone portfolio across metro Atlanta—that would have included 354 multifamily units near Moreland, with a whopping 188 townhomes spread elsewhere around the property. An outbuilding along Custer Avenue with 11,000 square feet of retail was also in the works.

Following up on questions submitted earlier this month, a company spokesperson said today that Alliance never owned the property. The owner, instead, has been an affiliate of commercial real estate company Stream Realty Partners, the AJC has reported. “[Alliance was] doing their due diligence and exploring the opportunity,” said the spokesperson, “but never ultimately closed on the property and are no longer pursuing it.”

Overview of the site, with Moreland Avenue at left. City of Atlanta Planning Department

Bisnow Atlanta reports that Empire is taking over redevelopment of the shopping center, which at last check was home to Value Village thrift store, Dollar Tree, numerous vacant storefronts, and vast parking lots. It’s directly south of East Atlanta Village, next to Gresham Park. Records indicate it’s been annexed into the City of Atlanta from DeKalb County.

According to a filing with the Georgia Department of Community Affairs, Empire is planning to build 681 residential units at the 1296 Moreland Avenue SE site. That would be joined by 12,000 square feet of retail.

Empire expects to complete the full project sometime in 2024, per the state-level filing. 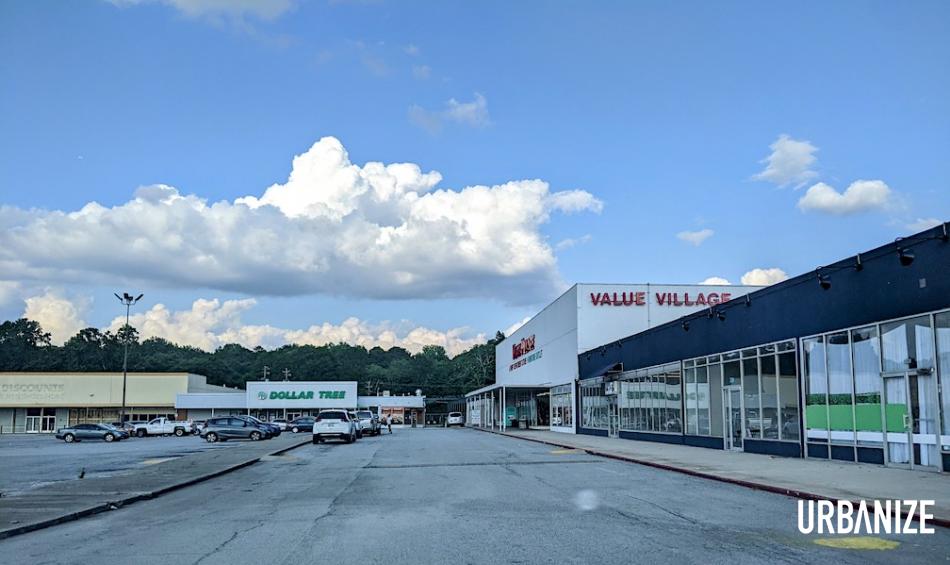 It's another sign that developers have become bullish on this section of southeast Atlanta.

Just to the north, another mixed-use venture called Halidom on Moreland is under construction as the national headquarters of IST Management Services. Multifamily and retail components are expected to follow, all situated on the banks of Intrenchment Creek.

Just west of the Moreland Avenue site, Empire continues to build out The Swift townhome community near the BeltLine’s Southside Trail corridor. The company also counts active intown projects in Reynoldstown, Buckhead, and Kirkwood, among other places.