’Tis the season for honoring old traditions, and Atlanta just isn’t Atlanta without a friendly, year-end, random competition to determine which neighborhood was most wonderful of all this year.

So without further ado, for the next Best of Atlanta 2021 tournament, we’re putting the age-old, criteria-free question to the people again: What’s the city’s top neighborhood of the year?

But first—we need you to nominate the neighborhood you believe is 2021’s best, for whatever reasons. (Speaking from experience, Atlantans get Grinch-grumpy when tourney operators just arbitrarily pick neighborhoods and slot them in.)

Did your neighborhood show exceptional resilience and togetherness during challenging times? Did it up its restaurant game in 2021? Were marvelous old homes restored on your street, or new ones built? Did an amazing building or park finally open this year? You get the idea. 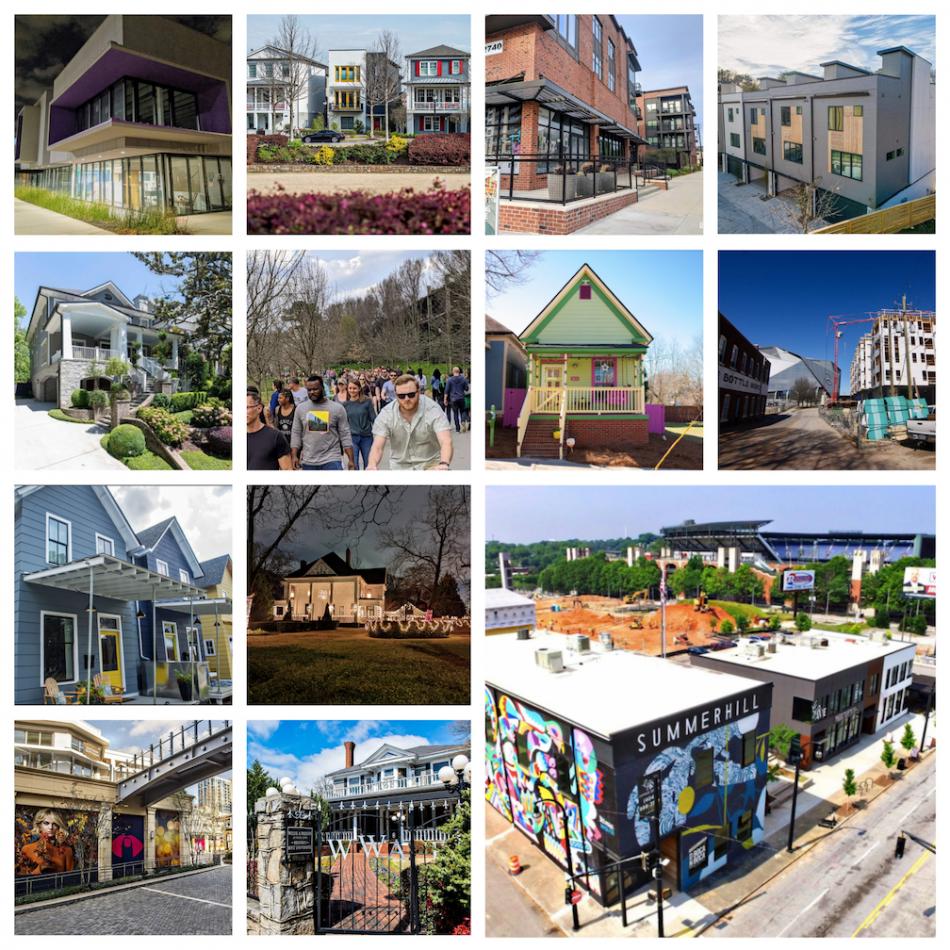 A collage of photos collected or submitted from neighborhoods around this promising, imperfect city in recent years.

The goal is to keep the nomination process as simple, transparent, and democratic as possible. Please follow these easy steps: [UPDATE: NOMINATIONS HAVE CLOSED. THANKS TO ALL WHO PARTICIPATED. TOURNEY BEGINS SOON.]

Depending on the number of nominations received, either the top eight or 16 Atlanta neighborhoods with the most nominations will qualify for the tournament.

Seeding will be determined by number of nominations below. In the event of a tie, we’ll film a coin flip and post it to our social media channels. Heads = higher seeding.

The winning Atlanta neighborhood, to be crowned in about two weeks, will receive the boundless prestige of showing an entire city that it truly cares. And just maybe a special surprise.

Now, let’s have fun with this, let’s keep it positive, and let’s call attention to the inimitable places that make Atlanta special!