A subdivision planned to replace a pocket of woods beside a prestigious golf course wants to grant the north OTP version of champagne wishes and caviar dreams soon.

The Manor Estates project is being marketed as a “luxurious oasis” in bucolic (but quickly growing) Milton that will redefine upscale living in suburban Atlanta, while also setting the bar for estate pricing.

The SitePoint Development Group venture will entail six lots across 3 acres, along the backside of holes 11 and 12 at the Manor Golf and Country Club, located about 38 miles north of downtown Atlanta.

It goes without saying the community will be gated, but being a homeowner here will also entail concierge services and access to the Tom Watson-designed 18-hole course. The club next door has tennis courts and pools (indoor and outdoor options, in both cases), a fitness center, and dining areas.

All homes are being designed and built by Neal Chahwala of Alpha Fine Homes. Atlanta Fine Homes Sotheby’s International Realty is marketing the project.

"From the walls of glass to the architectural feats of both indoor and outdoor living," reads the marketing materials, "each home is adorned with sumptuous appointments and superb design components." 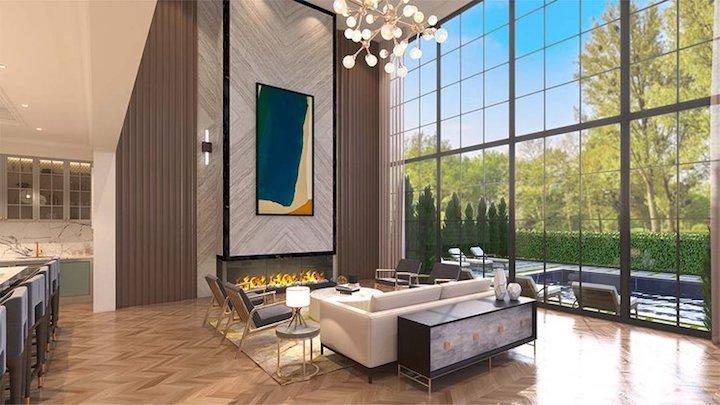 Elsewhere in Milton, an entire golf course—the Trophy Club of Atlanta—is being replaced with estate housing. Prices at that Vision Development Partners venture begin around $2.5 million.

Sales records indicate that no homes have recently traded for north of $5 million in Milton or Alpharetta next door, though a 13,000-square-foot sprawler listed at $6.25 million (also built by Alpha Fine Homes) is under contract in Milton.

Kaba says he hopes to break ground on Manor Estates this spring. Swing up to the gallery for a glimpse at what’s expected to set the new 1-percenter bar in one of suburban Atlanta’s most coveted areas.