Billed as a Cape Dutch-style home with European influences to rival Alys Beach on Florida’s 30A, this Serenbe dwelling brings an approach to residential design you don’t see every day around metro Atlanta.

Not only is it inspired by the Mediterranean—it could actually be in Greece, at least in areas like the courtyard, with its abundance of stacked stone and rambling vines.

According to a Compass rep, the same sales team notched the highest price per square foot ($578) at Serenbe in 2020, along with the priciest overall home sale ($2.9 million) in 2015. 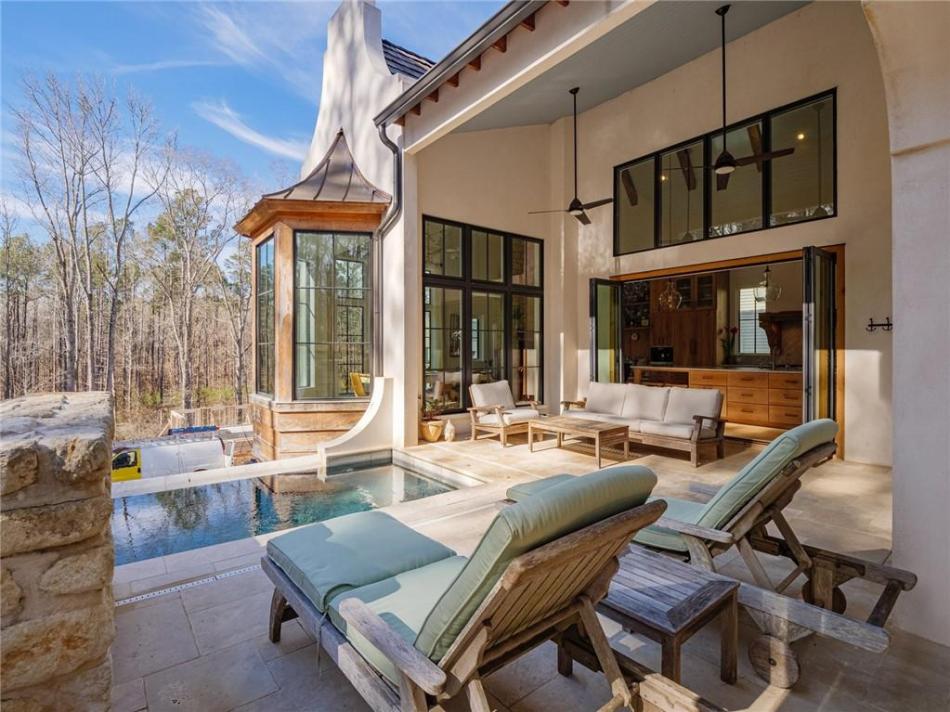 Heralded as a New Urbanist home-run with an agrarian bent, Serenbe is transforming former woodlands and pastures 35 minutes southwest of Atlanta into a variety of neighborhoods and walkable districts. 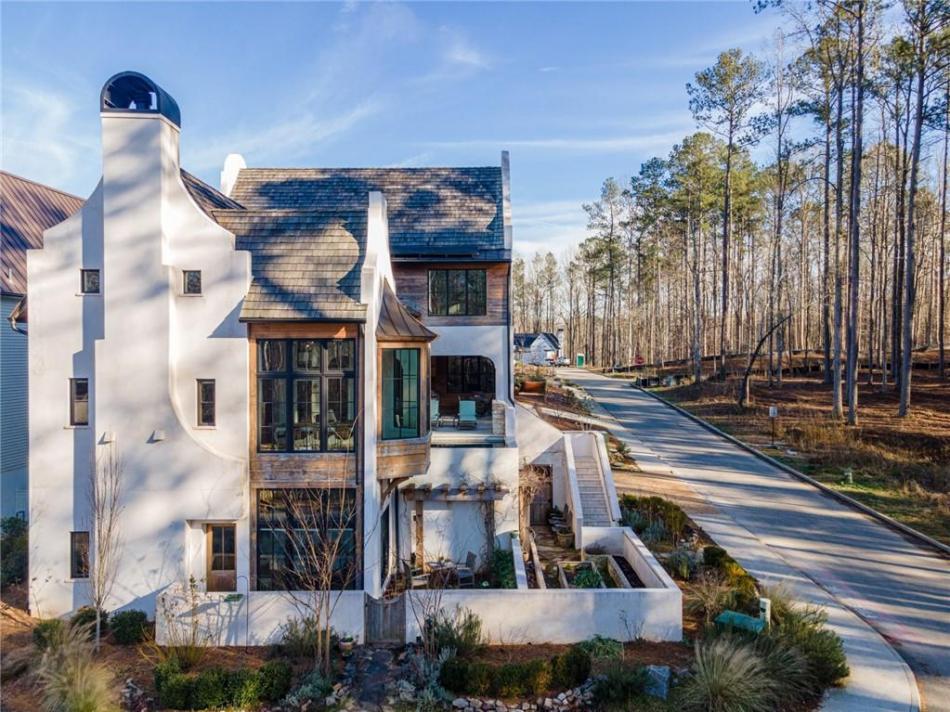 After building its first residence in 2004, Serenbe counts about 650 homes—ranging from industrial-style apartments to modern compounds—and hundreds of full-time residents in southern Fulton County’s Chattahoochee Hills. Those numbers are expected to swell with Serenbe’s next pocket neighborhood, a hillside community called Lupo Loop.

The Mado Lane home brings some eco-conscious features Serenbe is known for, including solar panels, a full-home water filtration system, a Navien tankless water heater, plus Ecobee thermostats and other smart tech. 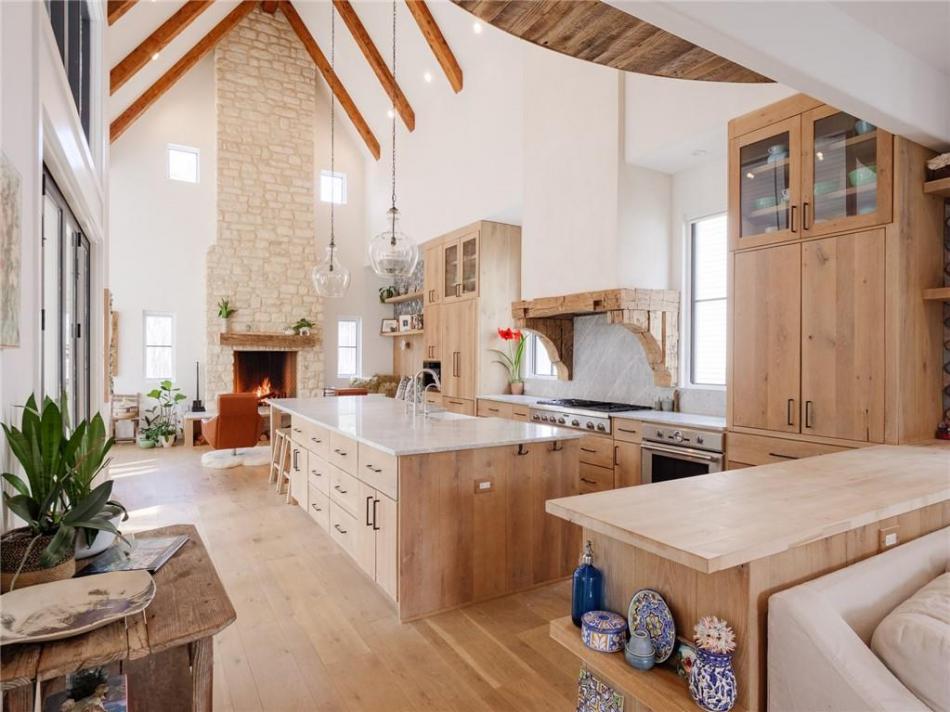 HOA fees clock in at $1,469 annually, per the listing. The corner parcel, which borders woods (for now, at least), is a manageable 1/4th acre. Perks include a sauna and full second kitchen in the living space downstairs.

Compass holds the listing, and showings are by appointment only. See highlights, no passport required, in the gallery above.