Credit (or blame) the influx of impactful tech companies such as Google, Microsoft, and Airbnb, in conjunction with tight housing supply and relatively low interest rates, and it’s easy to understand how home prices in Atlanta’s core have climbed by an estimated 20 percent in the past year alone.

Amid all of that activity, the intown condo market is described as “relatively stable” by Engel & Völkers Atlanta reps, who point to Midtown’s forthcoming 40 West 12th building as the hottest in the subdistrict.

The 19-story venture is set to open this fall as the residential component of Selig Development’s three-pronged 1105 West Peachtree project, which claimed a full city block.

According to Engel & Völkers, which is selling the building’s 64 condos, the project is tallying the highest prices per square foot among all high-rise condos in Midtown, and is the fastest-selling new construction.

One of the building’s largest homes—a “rare offering” with four bedrooms and two balconies—came to market this week with a sales price of $2,225,000. 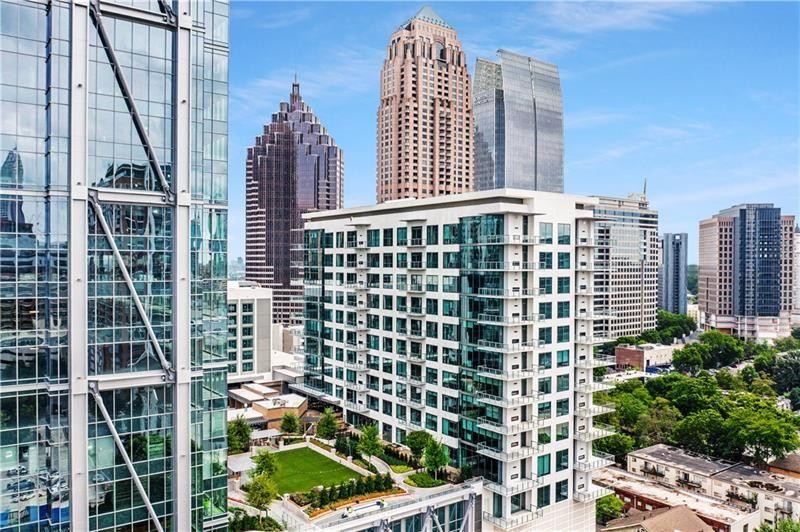 The 40 West 12th condos are part of Selig Development and Rockefeller Group's three-tower project that includes the Epicurean Atlanta hotel and a 31-story office building (at left) where tech titan Google will claim top floors. Courtesy of Engel & Völkers Atlanta 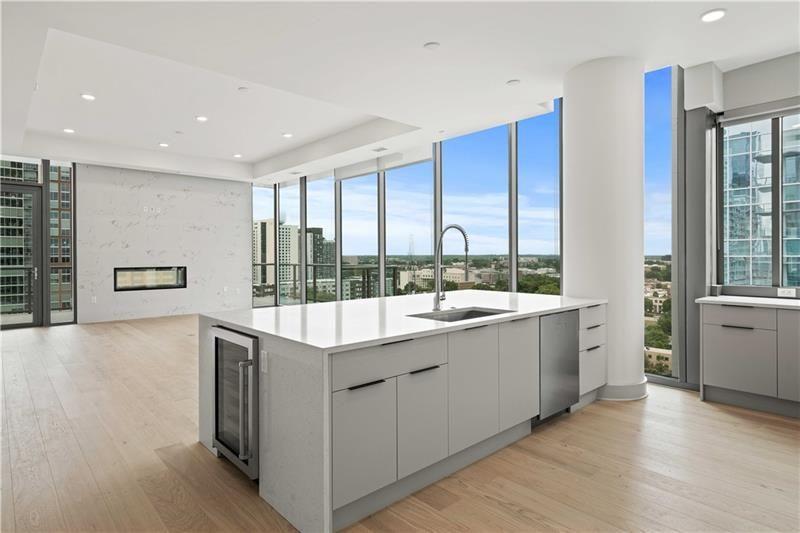 In addition to the unique bedroom count for Atlanta condos, that asking price buys three and ½ bathrooms in 2,537 square feet and finishes described as “chic,” though it’s mostly a blank white palette for now.

Perks include the south-facing balcony of 340 square feet with a dual-sided fireplace, plus a double dose of walk-in closets in the roomy master suite. The building has a concierge, yoga studio, and all-seasons resort pool that can’t be accessed by Epicurean Atlanta hotel guests, unlike the outdoor pool.

We’re told one floorplan in the building—a southeast-facing one, looking toward Piedmont Park—is larger. And Unit 1905 will be the priciest offering at more than $2.5 million but isn’t currently listed. 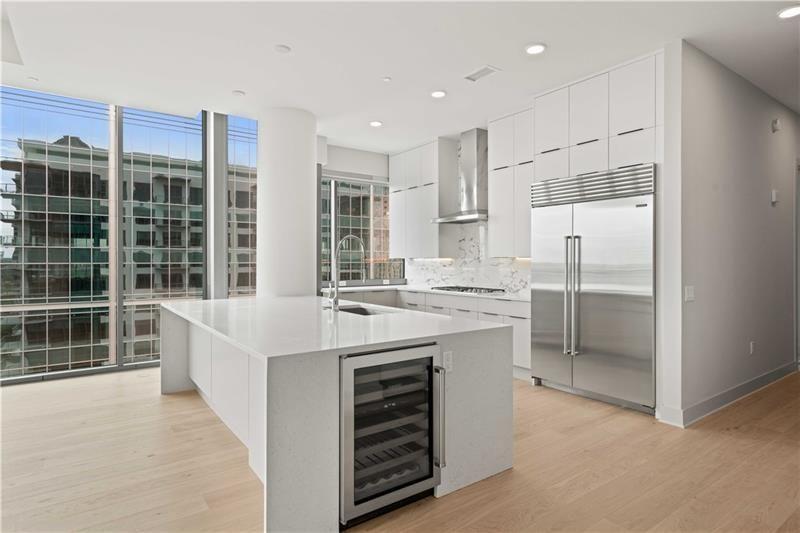 Otherwise, units that remain start at $1.1 million, with those in $800,000-range having long been claimed.

“The Atlanta market is in an interesting place, where the burden of low supply is sparking a condo renaissance,” Christa Huffstickler, Engel & Völkers Atlanta founder and CEO, said in a recent market report. “However, until inventory shoots up significantly, the attached home market will continue to be a seller’s paradise.”