As the densification of a popular Atlanta thoroughfare between Buckhead and Midtown continues, the price of land is reaching levels that could seem preposterous on the surface.

Neighborhoods within shouting distance of Piedmont Park are no stranger to high-priced teardown houses, but a new listing overlooking Atlanta Botanical Garden could take the cake, per recent sales records.

And soon, according to sellers, it won’t be alone.

Built a century ago, the three-bedroom bungalow has come to market with Harry Norman Realtors as a $1.89-million redevelopment opportunity at 1306 Piedmont Avenue. It’s being offered “as is” without interior pics.

What’s really up for grabs here is the land—zoned RG-3 for general multifamily use—that spans just over a quarter of an acre. 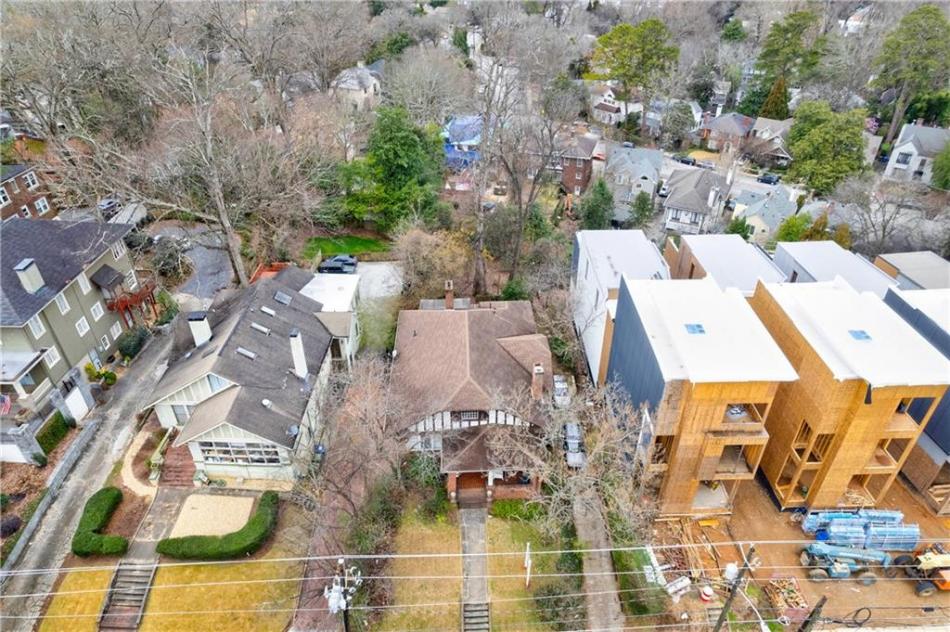 Aerial of the property in question and duplex construction next door on Piedmont Avenue. Photography by Doug Sindelar; courtesy of Erin Yabroudy & Associates/Harry Norman Realtors

According to the sales team, that much property could make it ideal for two to four townhomes across the street from the botanical garden—and Piedmont park beyond that. Doing so would continue a trend on the block that began in the late aughts with the brick-built Ansley on the Park townhomes at the corner of Piedmont Avenue and The Prado.

Now, to the immediate north of the bungalow, construction continues on five buildings that property records indicate will be duplexes—all of them replacing standalone, older houses. At least one duplex has been under construction since 2019, and none are listed for sale yet.

On the other side of the bungalow, Harry Norman agents are preparing to list two more homes (1298 and 1302 Piedmont Avenue, respectively) within coming days for potential redevelopment, according to agent Erin Yabroudy.

Beyond the park and gardens across the street, selling points for the location (albeit a busy road) include entrée into the Morningside school district and walkability to Woodruff Arts Center, the remade Colony Square, and the BeltLine.

According to Fulton County property records, the circa-1920 bungalow in question last sold in the doldrums of 2010 for just $325,000. But this being Atlanta, things change quickly. Especially on this particular block.