UPDATE: Mozley Park neighborhood leaders inform us the forthcoming dog park's location has been moved adjacent to the park pool "due to disputes between APS and City of Atlanta." This image and the map below help illustrate the change in plans:

Following two years of work and community planning, the Westside is set to get its first off-leash dog park this fall, joining pet-friendly confines such as Freedom Barkway and Piedmont Park’s sprawling dog park on the flipside of the city.

The pooch-ready facilities will be a first for the Westside and all of District 4, according to neighborhood and city officials.

The dog park is planned to remake an underused acre near the Mozley Park pool. 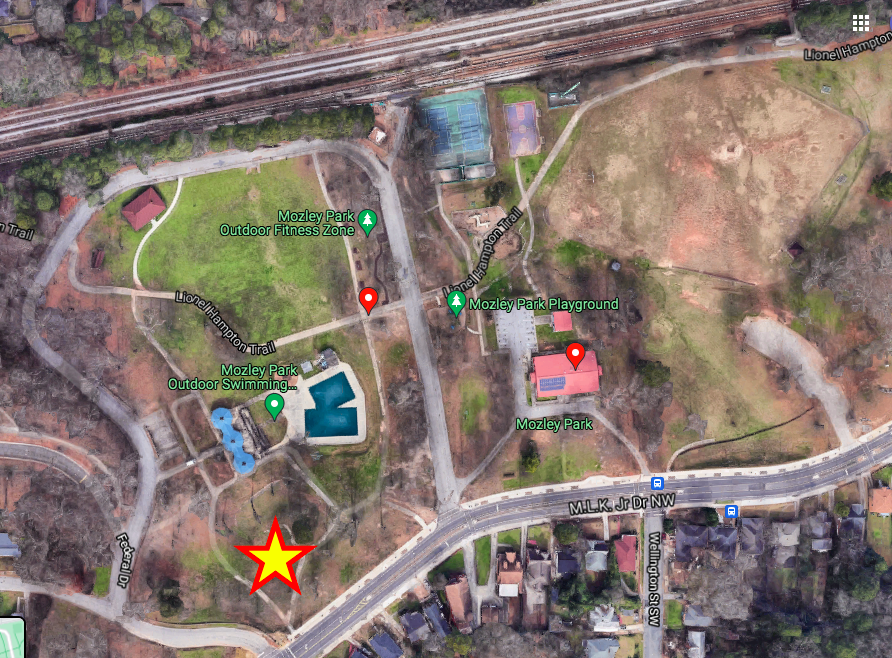 Where the 1-acre dog park will be constructed at the multifunctional Westside greenspace. Google Maps

According to the Friends of Mozley Park community organization, the dog park’s construction is expected to take between a month and six weeks, provided that all materials are available.

Mozley Park, the greenspace, is located half a dozen blocks west of the BeltLine’s Westside Trail, and roughly three miles south of the recently opened Westside Park.

Over the course of eight months, beginning in 2019, the Mozley Park neighborhood and nearby communities worked with Park Pride to host meetings and a workshop, and to distribute a survey, for input on how the park should be improved.

“Of all the amenities for the park sought by the community, a dog park was identified as a top priority,” the Friends of Mozley Park group relayed on its Facebook page. 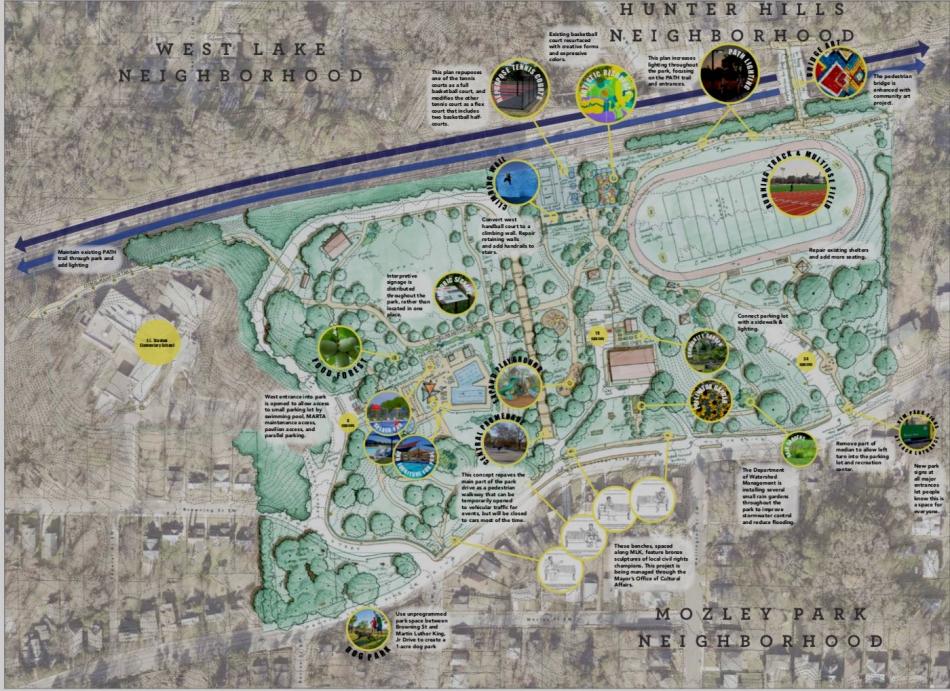 The dog park is planned for an underutilized corner of Mozley Park along Martin Luther King, Jr. Drive, as shown at bottom left. Friends of Mozley Park/FB

District 4 counts more than 15,400 housing units and a population of almost 36,000, according to the Department of City Planning.

It stretches roughly from North Avenue at Georgia Tech in the north, across Centennial Olympic Park, Atlanta University Center, and parts of West End, to the area near Oakland City MARTA station at the southern edge.