Seasoned Atlanta real estate observers may recall how the glassy anomaly that is Seven88 West Midtown was reportedly almost half sold-out in early 2020, just as the building was topping out.

That was also the case earlier this year, according to the sales team, when we toured the 22-story building in a former warehouse district, where freight trains still chug by next door.

But now, this rare for-sale new condo product west of the Connector is truly nearing the half-sold mark, about 10 months after it flung open the doors, as Seven88 West Midtown reps recently said. (More specifically, that’s 112 closed homes of 279 available.)

The issue, we’re told, is that investors who’d placed contracts on condos when sales initially opened backed out earlier in the COVID-19 pandemic, as buyers generally opted for new homes with more breathing room than condos can offer.

That “caused sales numbers to dip temporarily,” according to a project rep, who noted that homeowners who have closed “love living at Seven88!”

Available condos at what’s marketed as “a perfectly placed glass sculpture” still run the gamut in terms of size and prices, including studio floorplans. “People are looking for smaller spaces so they can afford these popular areas,” noted the sales team in an email. 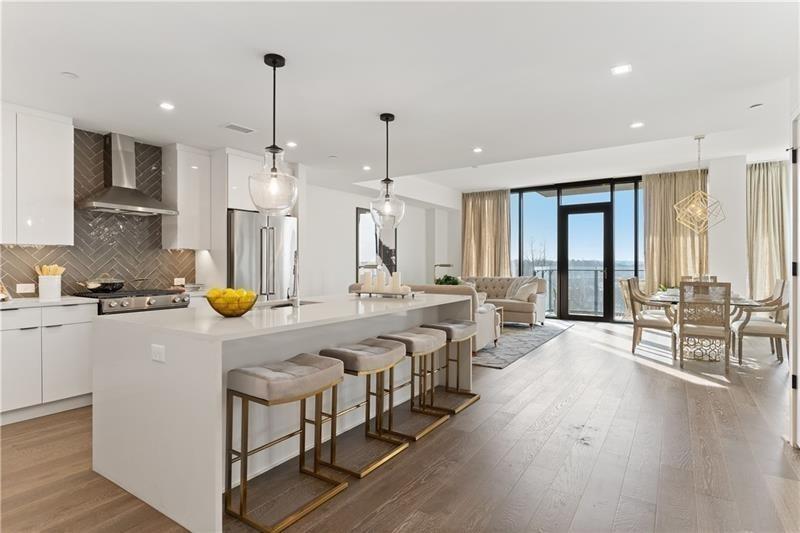 When the project was proposed back in 2018, it raised eyebrows for its location in the gritty, postindustrial railroad district best known for the Puritan Mill and King Plow complexes. The developer, McKinley Homes, had a portfolio full of cul-de-sac builds in places like Jonesboro, Dacula, and Gainesville—but nothing like Seven88 West Midtown. As sales opened in November, buyers included downsizing locals, investors, and buyers relocating from coastal markets such as New York, Washington D.C., and Los Angeles.

The building joins an upsurge of major Atlanta condo bets, especially around Midtown, where the 150-unit J5 has opened and Selig Development’s 40 West 12th building is finishing construction with more than 60 condos. But new condo starts still pale in comparison to Recession-era levels. 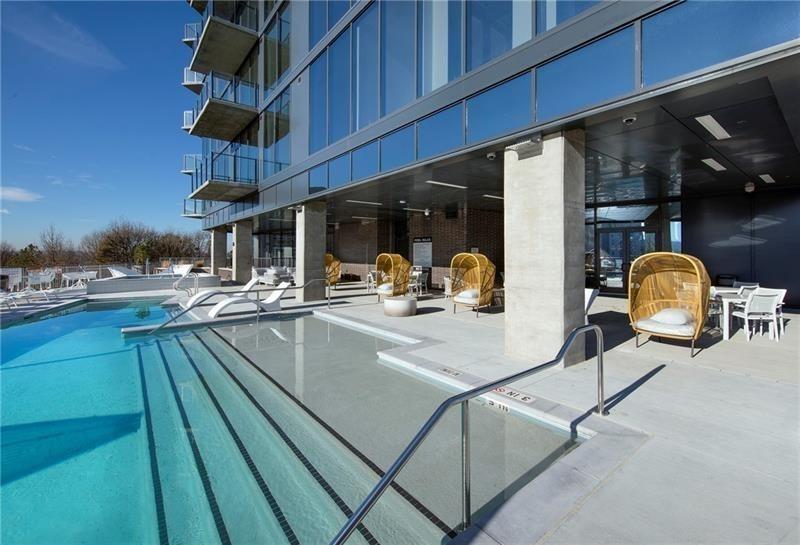 One side of the building's amenities level includes a saltwater swimming pool and spa.Seven88 West Midtown

A selling point—beyond the views, especially east-facing, which are marketed as Atlanta’s best—is proximity to Georgia Tech’s campus. In the other direction, the tower overlooks the Westside BeltLine Connector trail, which will be a direct link into the new Westside Park in coming years.

In the gallery above, have a gander at the range of condos on the market right now along West Marietta Street—and the building’s new sky-high vantage point on Midtown and downtown.