With pre-pollen whiffs of spring in the air, reps with the Interlock’s ballyhooed rooftop party zone are committing to an April opening for a concept that combines dining, swimming, drinking, and general escapism high over Howell Mill Road.

Initially unveiled more than three years ago, the public-accessible, 21-and-over rooftop experience is called Leave Of Absence, or Rooftop L.O.A. 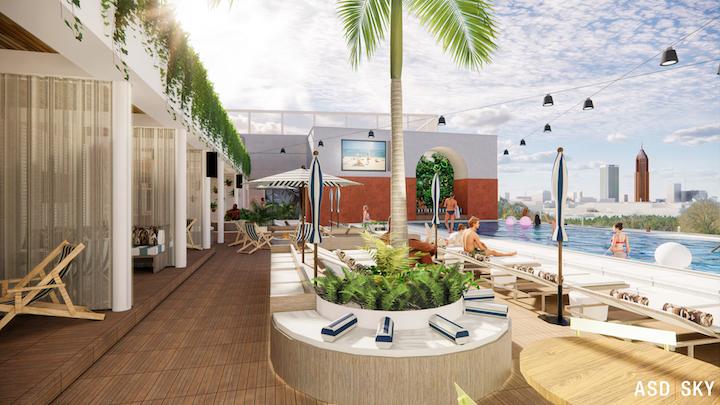 L.O.A. has entered the last phases of construction in preparation to open sometime in April. It’s inspired by plush resorts of the Amalfi coast, Monaco, and Mykonos and will offer an experience “like nothing Atlanta has ever seen before,” Slater Hospitality founder and CCO Mandy Slater said in today’s opening announcement.

The restaurant is described as an 8,000-square-foot space with coastal European fare. The 1,200-square-foot, resort-style pool will feature an indoor pool bar and lounge with showers and a locker room. The Grove social area, as the name implies, is described as “gardenesque.” 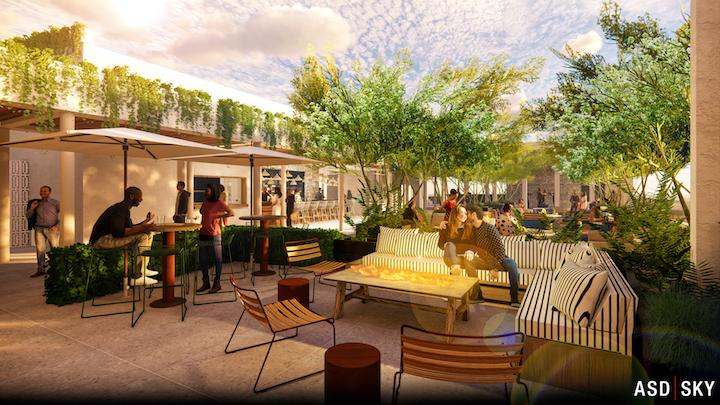 Elsewhere, L.O.A.’s event pavilion next to the Grove will fit up to 150 guests. A secluded dining room and private pool cabanas will also be available.

What it might cost to access all of the above, if anything, hasn’t been specified (we’ve asked and will update), but reps say reservations for L.O.A. will be highly encouraged.

To the staff the rooftop facilities, Slater Hospitality is hosting a hiring event at The Interlock from 3 to 7 p.m. on February 21.

In the meantime, swing up to the gallery for a look at what Rooftop L.O.A. will entail.