Atlanta’s first neighborhood full of homes built from retired shipping containers is moving forward—and it likely won’t be an anomaly for long.

Concrete Roots’ first container-home project, Stacks on Wilson, is underway in the Dixie Hills neighborhood west of downtown, on formerly vacant lots near Westview Cemetery and Interstate 20. Its first completed three-bedroom house saw intense buyer interest last September and sold for $349,000—or $21,000 over the asking price, according to the sales team. 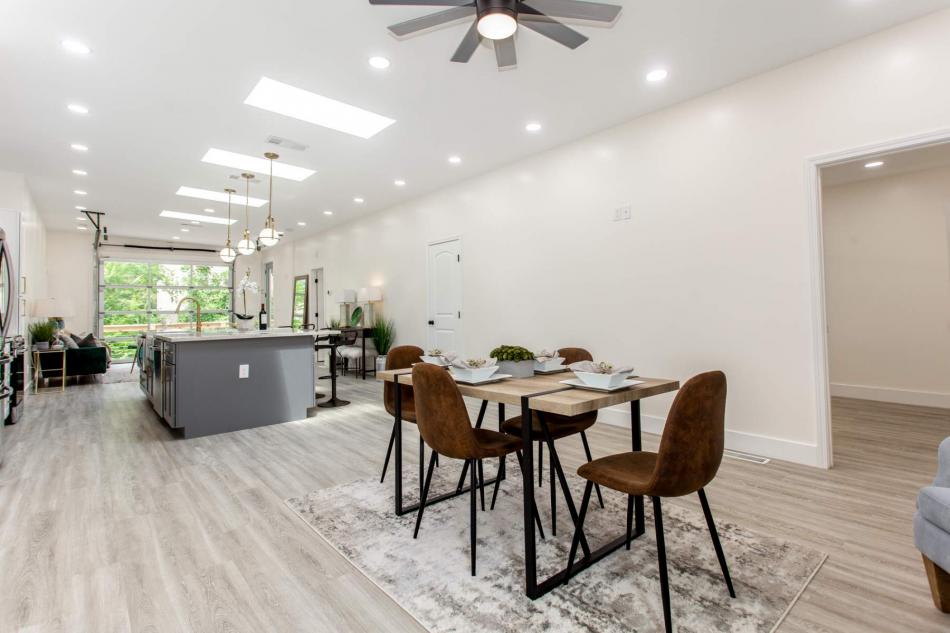 Courtney Booth, who cofounded Concrete Roots with husband Josh, tells Urbanize Atlanta the second, significantly larger Stacks on Wilson house should be under construction soon next door. Meanwhile, the company is moving forward with another shipping-container community on the same side of town, but just OTP.

Booth and company have acquired 2 and ½ acres on Bakers Ferry Road, where they plan to develop between eight and 10 container homes for a project called Stacks on Bakers Ferry.

The 2 and 1/2-acre site where Concrete Roots' second project, Stacks on Bakers Ferry, will be located, according to company leaders. Google Maps

Rezoning efforts to divide the lots are underway, and Booth says each house should have a minimum of three bedrooms. It’s too early to know price points and square footages, she said.

“Hopefully material cost will go down by the time we build, and we can control our pricing a little better in conjunction with market demand,” Booth wrote in an email.

The second Stacks at Wilson house is in permitting and expected to be under construction this fall, finishing as soon as January, Booth said. 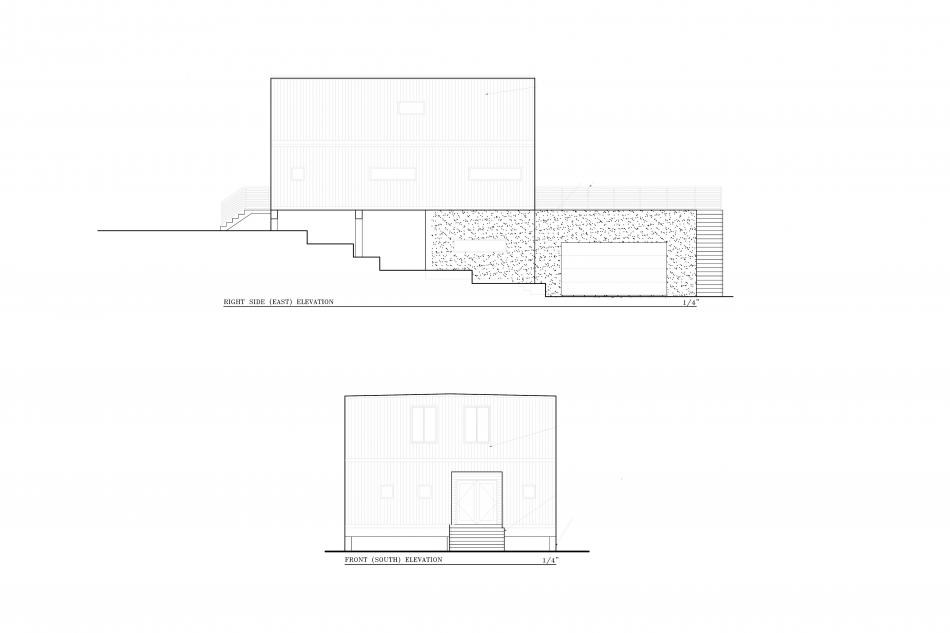 Plans call for stacking eight containers together for a whopping 3,057 square feet of interior space, with four bedrooms (two of them considered masters), three and ½ bathrooms, and a two-car garage across three different levels. A roof deck will top the home.

Like the remaining five Stacks at Wilson houses to be built, the four-bedroom dwelling’s asking price will be between $350,000 and $450,000.

So far, Booth said feedback from neighbors and the general public has been “extremely positive” despite the unconventional designs.

“We originally created these houses for young progressives who were looking for their first home, but we’ve been overwhelmed by the number of people 55-plus years of age who’ve been reaching out,” she said. “They’re intrigued by the concept and looking for a fresh start.”

The broader goal for the Booths is to normalize container homes throughout metro Atlanta. Since the first Stacks on Wilson home sold, leaders of several county governments have reached out to Concrete Roots for help crafting codes to leverage the building type to fill housing needs.

Custom projects are ongoing in both Henry and Fulton counties, and Booth said a local lender has warmed to the idea, too, helping the company’s finances keep pace with demand. 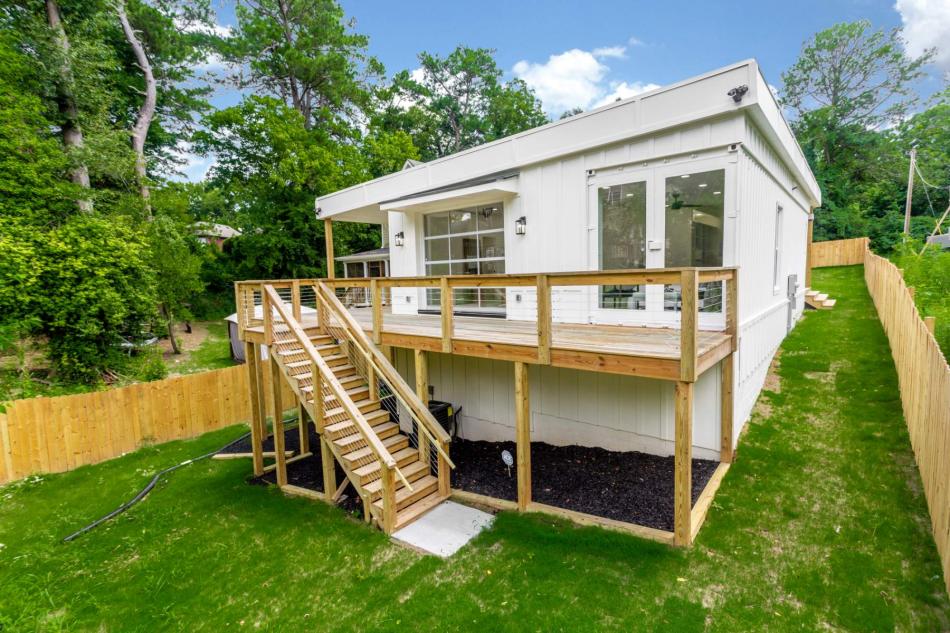 Competition for the first Stacks on Wilson house was fierce. After listing for $319,900 last year, an open house weekend drew more than 70 potential buyers and shipping-container home enthusiasts—and six over-asking offers, according to the Compass sales team. Courtesy of Concrete Roots Group

“However, we’d love the opportunity to do an affordable-housing community of shipping container homes at around 630 square feet, which would be about two shipping containers per home, for those [buyers] being squeezed out of the current market,” said Booth. “We really wanted to push design and create something that is unique to the area.”