Nestled on a wooded half-acre, this funky 1970s modern is proof you never know what sort of residential architecture you might stumble on in the verdant neighborhoods around Emory University.

Described as the “epitome of modern design” with a flexible, open floorplan, this 2,414-square-foot dwelling was built in 1973 with an angular design that still catches the eye. It’s tucked off Clairmont Road in Toco Hills, just north of Emory University and downtown Decatur.

While there isn’t too much seventies funk left inside, for better or worse, the style-appropriate carport, floating stairs, and—yes—sunken living room are highlights. 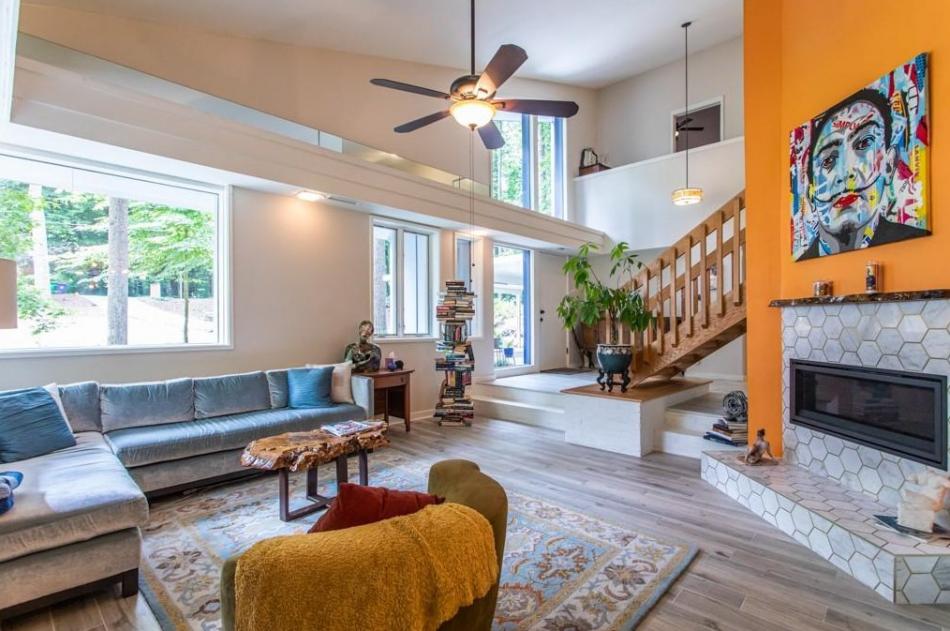 Additional perks include a cozy fireplace, large windows, and a backyard begging for autumn fire-pit gatherings. Per the listing, that’s a great spot for deer-watching, too. 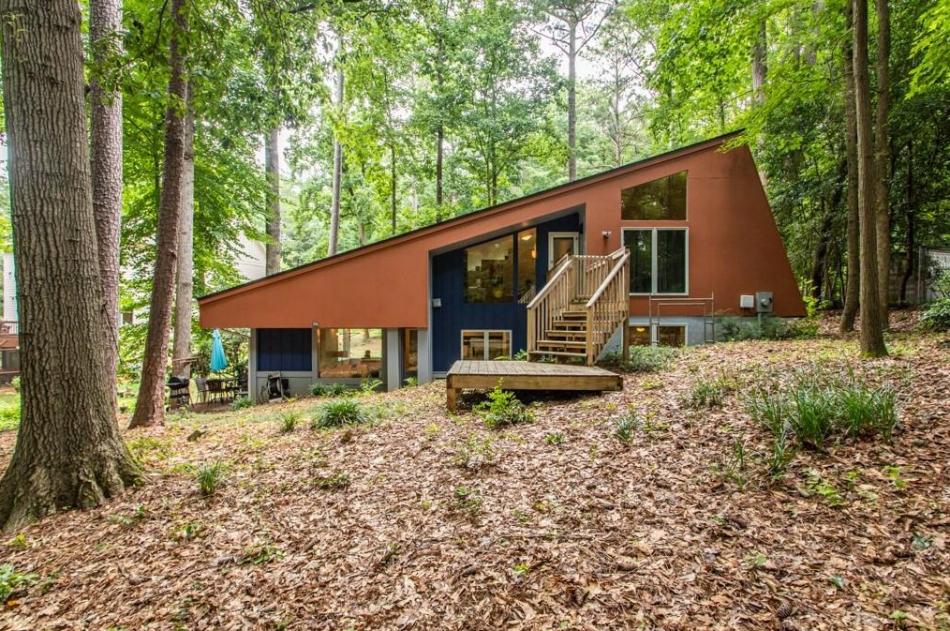 The bold exterior might not be every buyer’s cup o’ tea, but it could be enough to make the property “the envy of all your friends,” as the listing puts it. Provided that your friends are a little off-kilter, too.

Larger homes at this price point, in desirable intown locations, are becoming increasingly rare—and rarely do they ever stand out this much