[UPDATE: Broker Jay Letts, Maple Realty president, says the Edgewood property in question is now under contract, with expectations of closing in late February. In terms of what concept the building might be rebuilt to suit, Letts says that's still unclear, adding: "We'll know more in coming weeks... but I do not anticipate a food use from this buyer." The potential buyer wasn't specified.]

Edgewood neighbors hoping to see a commercial village sprout from formerly abandoned or auto-service buildings at a busy intersection were recently dealt some good news.

A “for sale” sign popped up this month on a corner building from 1945 that’s been vacant for at least a decade.

It’s an interesting proposition, given the building’s proximity to wildly popular, perpetually expanding Edgewood taqueria El Tesoro across the street. The structure also borders the planned route for the Eastside Trolley Trail—a PATH Foundation connection between the BeltLine and an existing trail system running through Kirkwood—that’s expected to begin construction this year.

But by the look of things, this old building will be no easy fix. 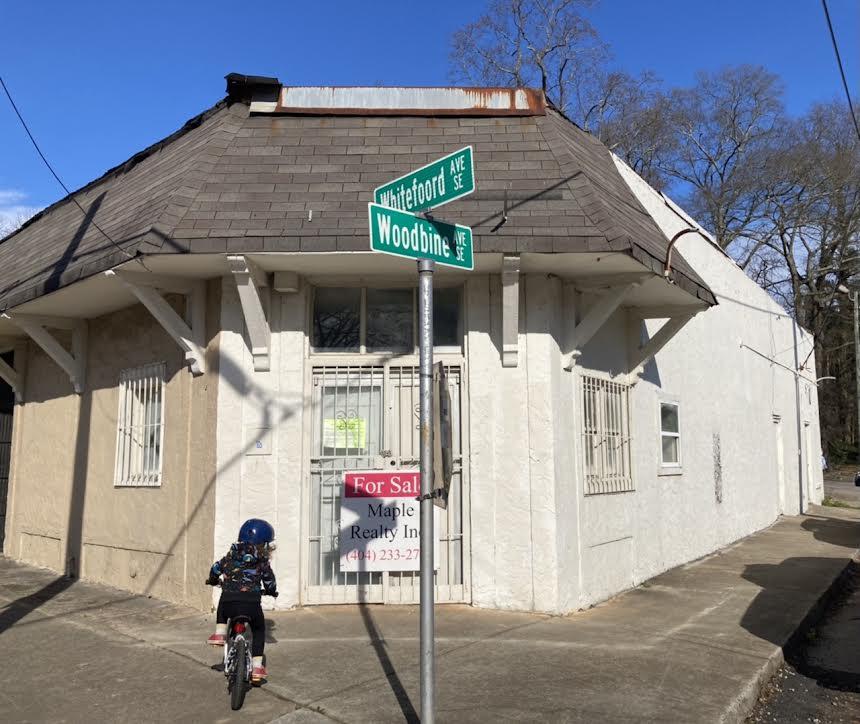 According to a previous LoopNet listing, the 2,482-square-foot commercial building is part of a corner lot (11,400 square feet) with dedicated parking at the back. It neighbors a separate building occupied by the Viking Motorcycle Club.

At some point, the 142 Whitefoord Avenue building’s roof partially collapsed, exposing the interior to the elements and fostering a small forest inside. 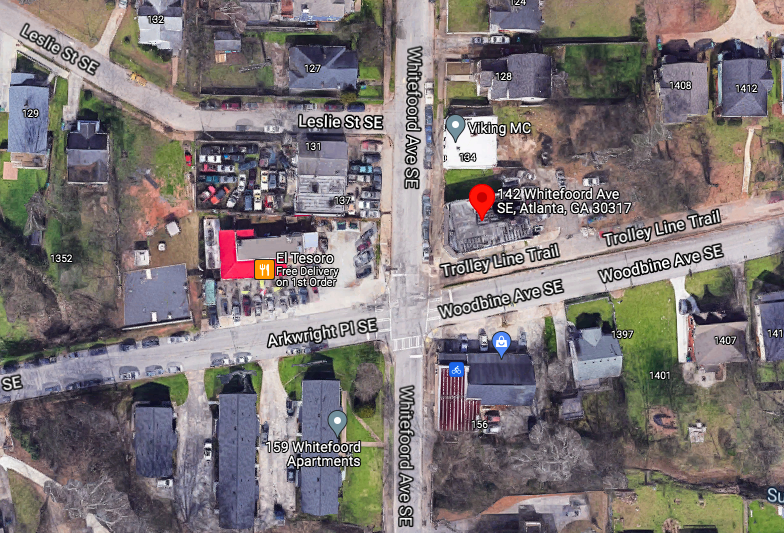 Signage onsite indicates that Maple Realty Inc. is marketing the property, though it’s not listed online. Calls and texts to that company haven’t been returned this week. The purchase price isn’t listed.

Meanwhile, across the street, a 1950s auto garage is being cleared and prepped for a potential retail revival, next door to the taqueria. 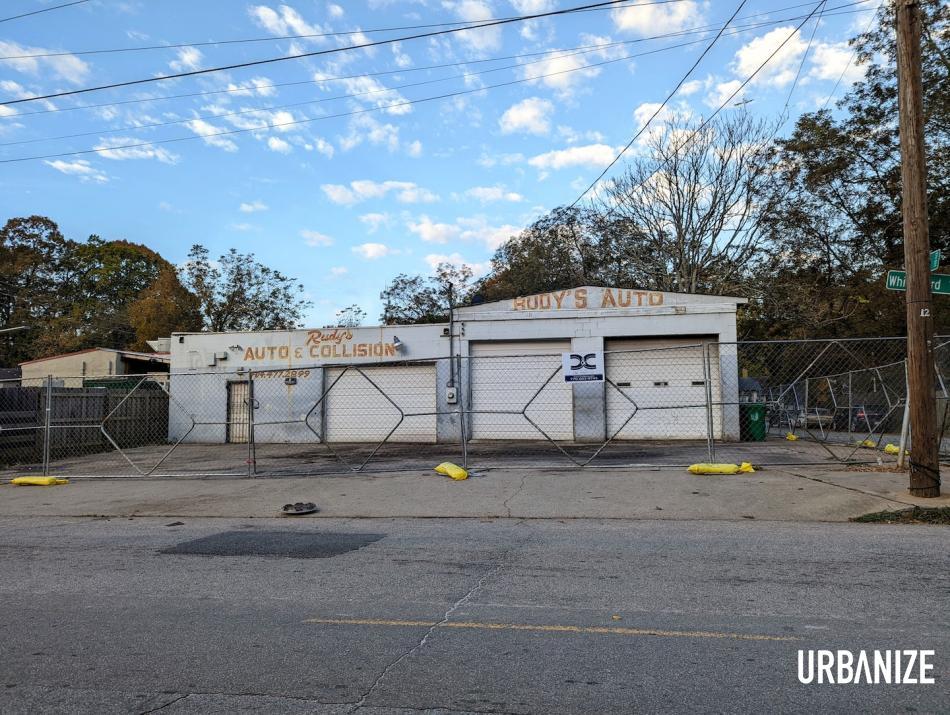 Across the street, this former auto garage is being repositioned for potential retail uses. Josh Green/Urbanize Atlanta

Promises of more retail and restaurant options have cropped up lately beyond Edgewood’s traditional locations for those uses, such as Memorial Drive, Moreland Avenue, and the Edgewood Retail District.

A massive, 700-home proposal by Toll Brothers, located just east of the neighborhood’s MARTA hub, will include a retail component, per the most recent plans. And a restaurant from the team behind East Atlanta Village’s Banshee and a wine bar/shop concept were recently announced for Edgewood’s mixed-use redo of the MARTA station parking lots.