UPDATE, April 12, 6:35 p.m.: Selig unveiled its plans at this evening's Midtown Development Review Committee meeting to include the first glimpse at the planned "Midtown Exchange" project that would consume most of a central Midtown block. Below is the first released rendering, courtesy of Midtown Alliance.

The corner of 12th Street and Peachtree Walk is shown below, with a centralized plaza between buildings. Stay turned for a report detailing the DRC's recommendations: 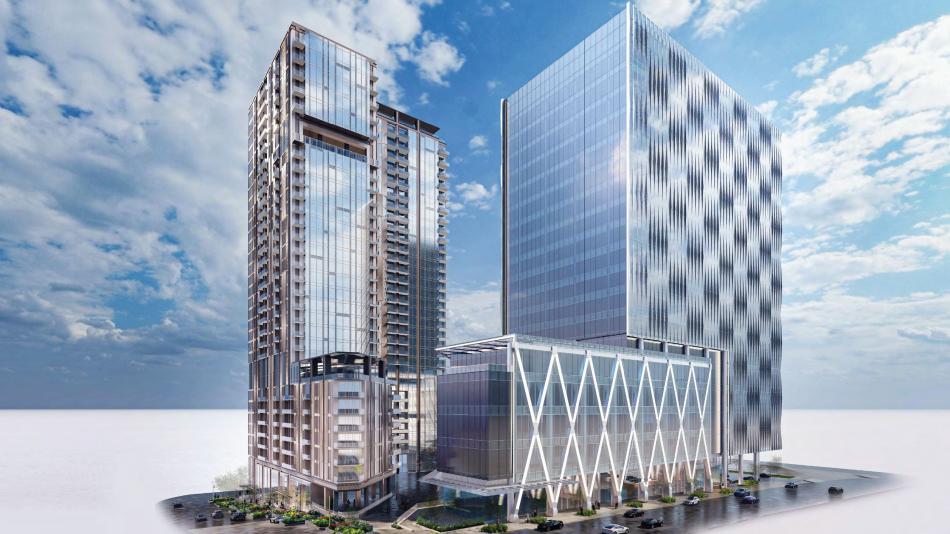 Initial designs for Midtown Exchange's 37-story residential component, at left, and 26 stories of offices, with a plaza and parking tucked between. Selig; courtesy of Midtown Alliance

Selig’s skyline-changing work across several centralized blocks in Midtown is gearing up to continue.

The veteran Atlanta real estate and development firm is expected to present plans Tuesday to the Midtown Development Review Committee for a mixed-use project with a tower component called “Midtown Exchange.”

Included in the mix would be a 26-story office building, 465 apartments, and 24,484 square feet of retail spaces.

The site in question involves a collection of parcels bounded by 12th Street to the south, 13th Street to the north, and Peachtree Walk to the west. Current uses on the properties include nightclubs, low-rise apartments, offices, parking lots, and restaurants. 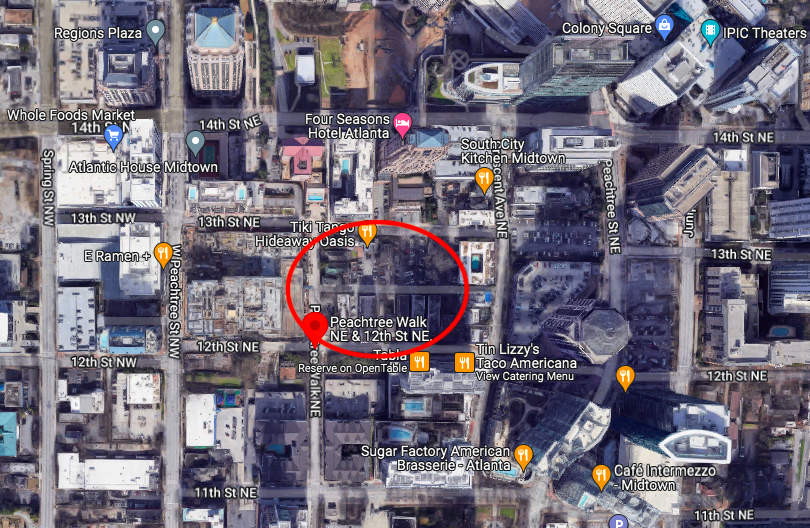 The area of Midtown in question, as seen when Selig's sibling 1105 West Peachtree project was under construction to the left. Google Maps

Records indicate Selig has bought most of the properties on the block over the years, except those fronting Crescent Avenue.

According to a Midtown DRC agenda, the Midtown Exchange apartments would rise along Peachtree Walk and 13th Street. The office tower would be positioned along 12th Street.

Another facet would be a parking structure with capacity for more than 1,600 vehicles, with entries on both 12th and 13th street. Pedestrians would access the buildings at various points around the site, as designed by the Rule Joy Trammell + Rubio architecture firm. 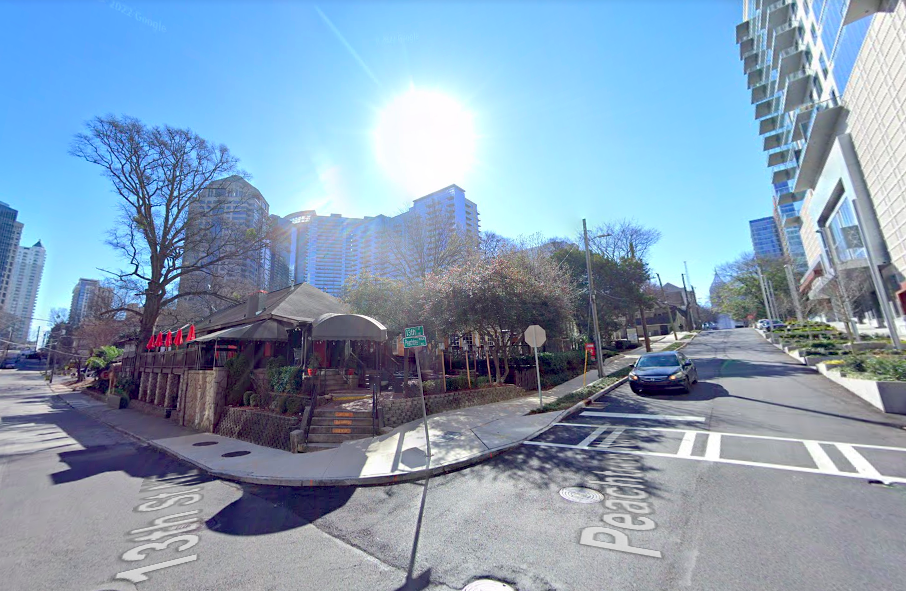 Existing businesses include Lava Lounge on the block in question, as seen from the corner of 13th Street and Peachtree Walk. Google Maps

Just to the south and east of the Midtown Exchange proposal, Selig also developed the four-block 12th & Midtown project with condos, offices, apartments, and the Loews hotel. 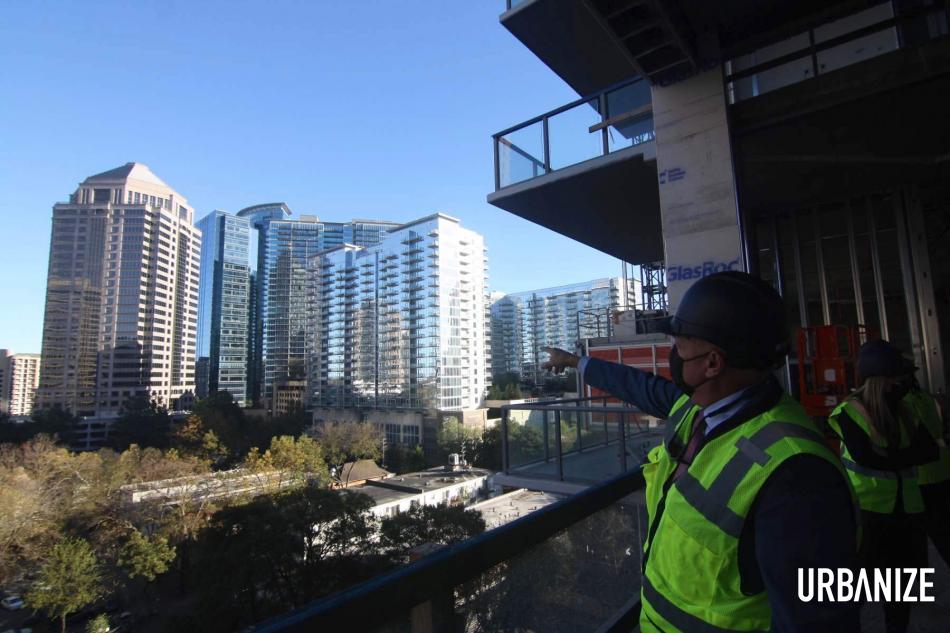 During a tour of the 1105 West Peachtree project in late 2020, Selig Development's chief operating and development officer Steve Baile points out the parcels toward Crescent Avenue where Midtown Exchange is planned. Josh Green/Urbanize Atlanta

Another facet of Midtown Exchange would widen Peachtree Walk to provide a roughly 150-foot Art Wall. That’s expected to be “an active part” of the Midtown Art Walk pedestrian project, stretching between the Midtown MARTA station and Woodruff Arts Center, according to Midtown Alliance.

One restaurant operating on Selig’s Midtown Exchange parcels since 1994, Italian eatery Pasta da Pulcinella, was planning to purchase an early 1900s home nearby on West Peachtree Street, renovate it, and relocate, at last check. Inquiries to restaurant management earlier this year about where that project stands were not returned.