Among the planned openings this year at adaptive-reuse project The Works will be a company headquarters that Selig Development is calling the largest office deal inked in Atlanta’s Upper Westside in 2021.

MacDermid Graphics Solutions, a flexographic and printing company based in Atlanta, will relocate its global headquarters to the 80-acre, former warehouse district Selig is redeveloping in Underwood Hills, across the street from Topgolf Atlanta, officials announced today.

Currently headquartered off Fulton Industrial Boulevard southwest of downtown, MacDermid will create a new concept called The Flexo Xperience Center, or The FXC, within a new 45,000-square-foot home base at The Works. 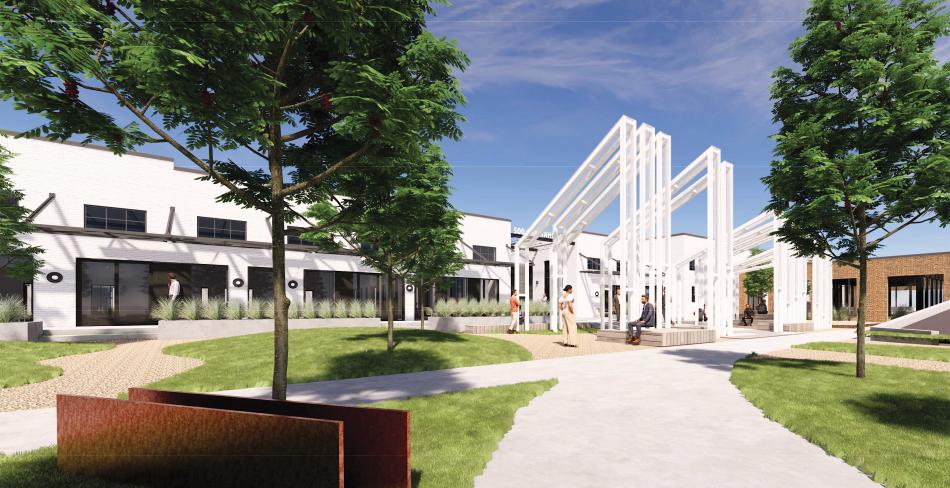 Selig officials expect the offices at 500 Chattahoochee Row will be open by year’s end. Other upcoming openings at The Works include American Axes and a Fox Bros Bar-B-Q outpost, both expected to debut this summer.

Chris Ahrenkiel, Selig’s executive vice president, said the HQ deal is proof that “companies are realizing that there’s a war for talent” and deciding to open offices “in highly desirable environments where employees are happy and proud to come to work,” according to a statement today. 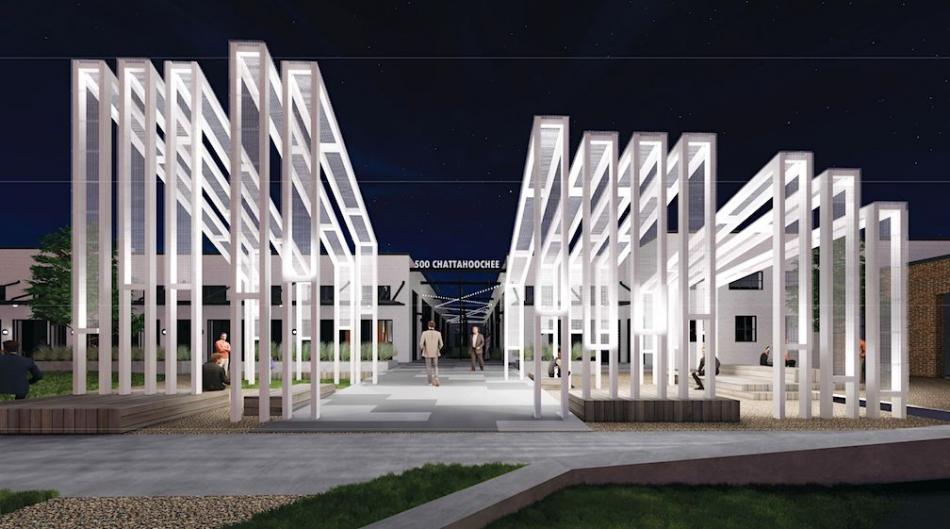 Eventually, The Works is planned to feature a half-million square feet of offices, plus 500 residences, 200 hotel rooms, 350,000 square feet of retail and entertainment, and 13 acres of public greenspace. 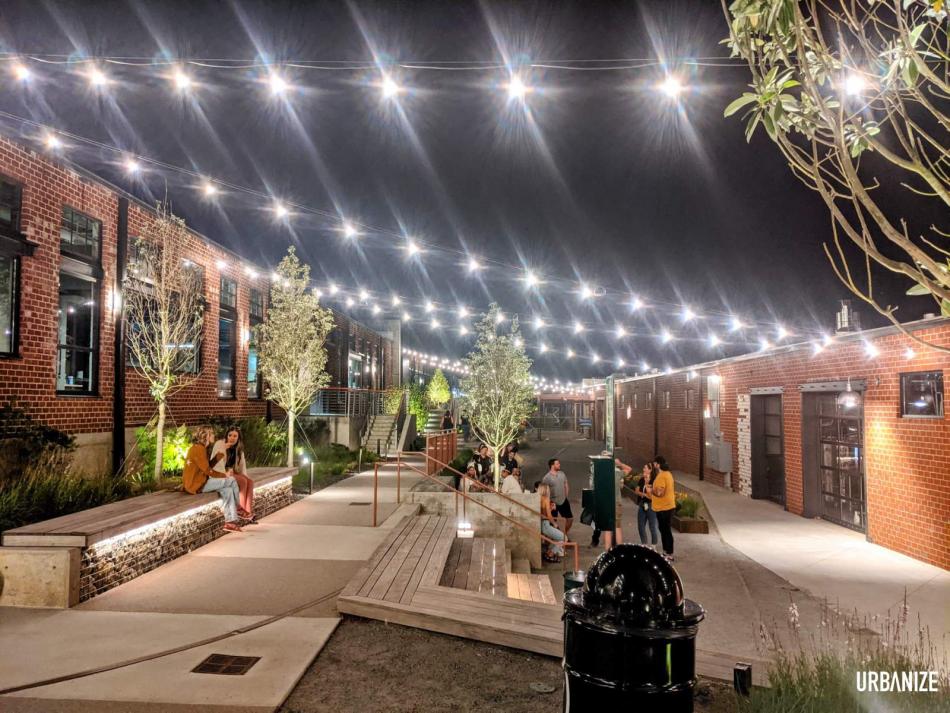 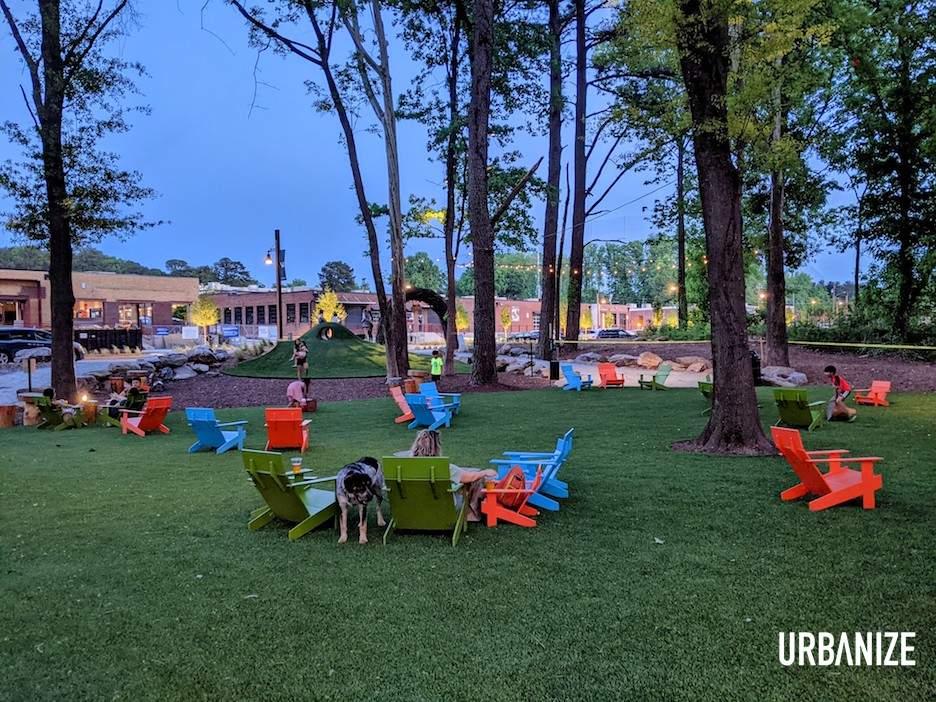 Colorful seating and play spaces at The Camp section of The Works. Josh Green/Urbanize Atlanta