Pennington, an ATL native and graduate of Atlanta College of Art, is best known for his work on the original Trading Spaces and ABC’s Extreme Makeover: Home Edition. He also heads Pennington Properties, which broke ground on a three-story, infill condo project along Walker Street called The Otis Building in 2019.

Topped with a rooftop deck and designed by Castleberry Hill firm Dillman Studio, The Otis Building is named for an elevator manufacturer that once operated on the site. The preserved façade still carries the company’s logo. 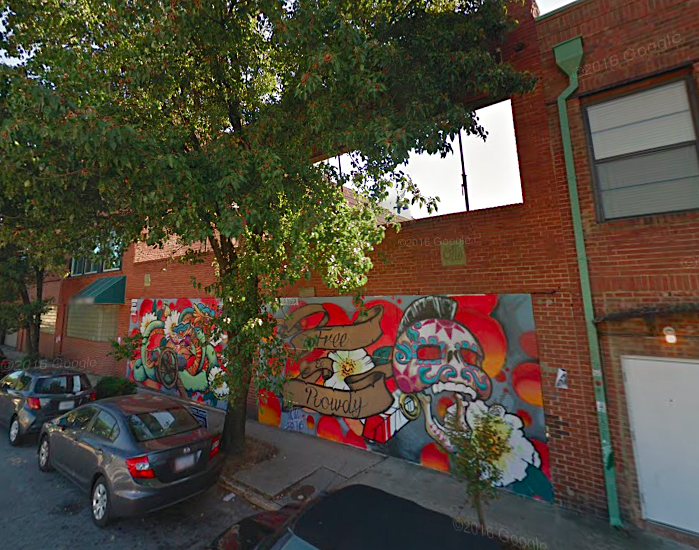 The site as a brick facade and murals in 2016. Google Maps 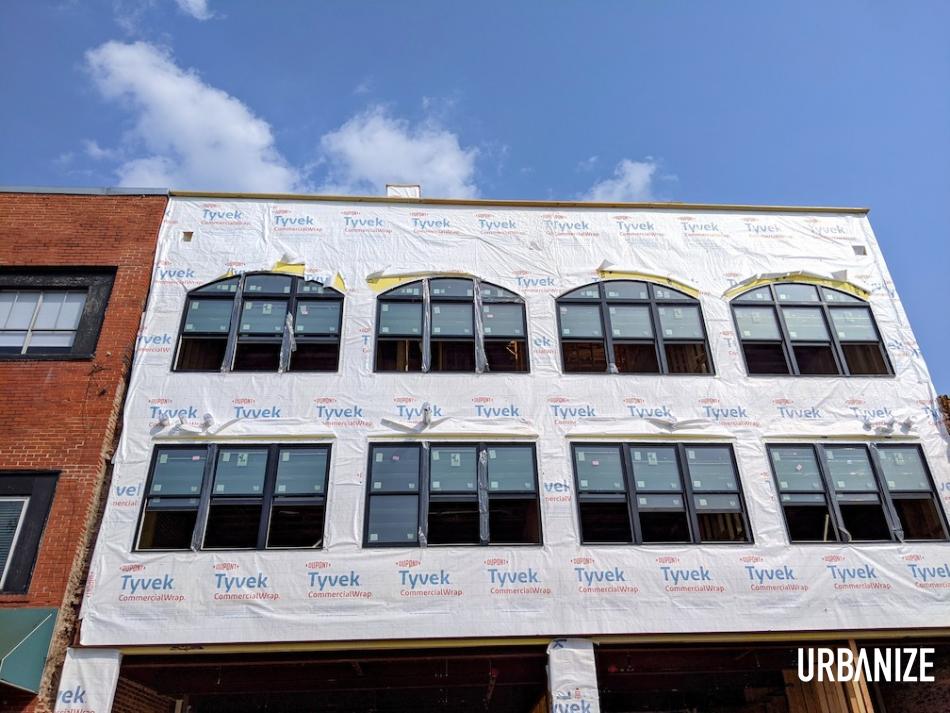 Arched window detailing for condos on the third floor, with the rooftop deck above. Josh Green/Urbanize Atlanta

Updated pricing is scheduled to be released within the next month, when the development team will start taking reservations, Carter said. Recent plans have called for condo prices to range from the $500,000s to north of $1 million, with sizes spanning roughly 1,100 to 2,750 square feet.

“We’re excited to still be able to say there’s not another building in downtown like it,” Carter wrote in an email this week. “There have been many upgrades in terms of technology, fixtures, and details of the building” since plans initially emerged in 2018. 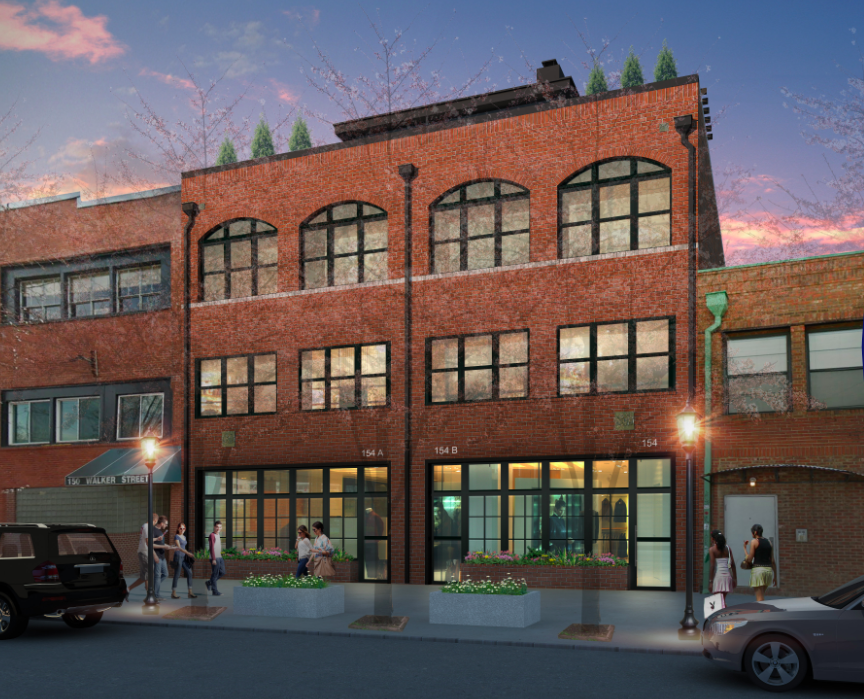 Pennington has a connection with Castleberry Hill properties that dates back to renovations he tackled with his brother prior to the 1996 Centennial Olympic Games in Atlanta, when the neighborhood’s abandoned warehouses initially experienced a residential resurgence.

Carter said The Otis Building’s two retail spaces will be for sale, but there’s no word on potential tenants yet.

Arched window detailing for condos on the third floor, with the rooftop deck above. Josh Green/Urbanize Atlanta

Elsewhere on the retail front, New Orleans-based Neyow’s Creole Café is building out space in—and atop—another Walker Street building in the neighborhood. And the Flying Biscuit still plans to open an outpost this fall in another wedge-shaped building, Castleberry Point condos, according to the company’s website.