The Kirkwood properties in question are on opposite sides of East Lake Terrace, where the street meets Memorial Drive. On the block south are Drew Charter School facilities and the East Lake YMCA.

For now, both corner parcels house small churches that haven’t been regularly used for years.

Developers and property owners for the separate Kirkwood church sites have not responded to inquiries, but plans filed with the city and neighborhood groups shed light on what could replace the old houses of worship.

At the westernmost property, 207 East Lake Terrace, construction crews have recently been prepping the graffitied former church building’s site for demolition. (Although recent stop-work orders appear to have paused demo for now.)

Records indicate the building most recently operated as East Lake Church of God in Christ. Plans approved by the city show five single-family homes with rear-entry garages being built on that corner. 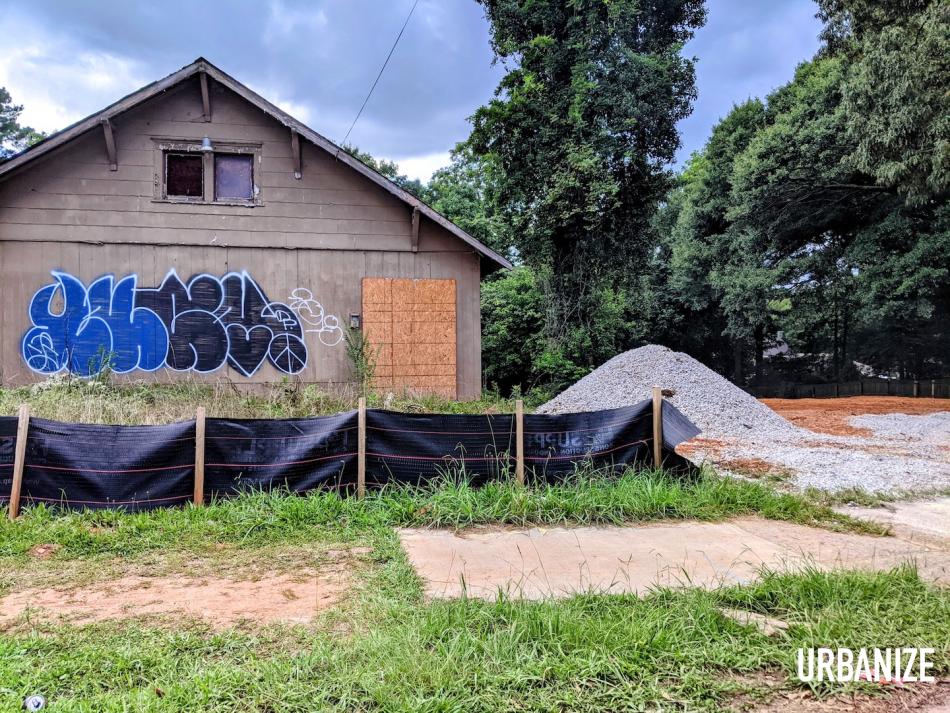 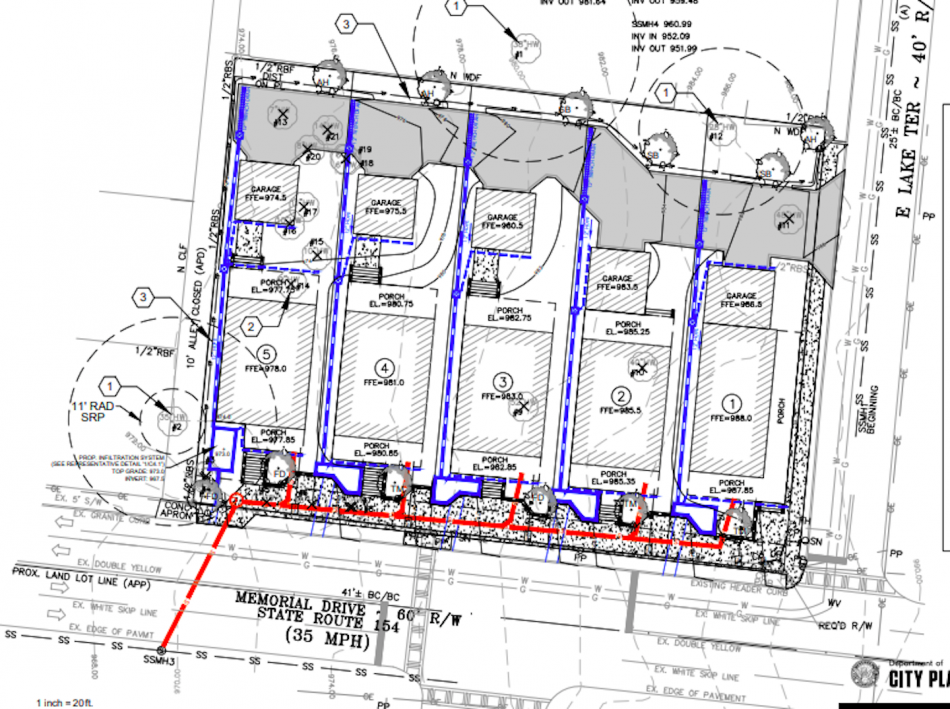 The site plan for five single-family homes at the northwest corner of East Lake Terrace and Memorial Drive. City of Atlanta Planning Department

Meanwhile, across the street at 2250 Memorial Drive, five more detached dwellings are moving through the zoning process to replace Zion Pentecostal Evangelistic Church of God in Christ. 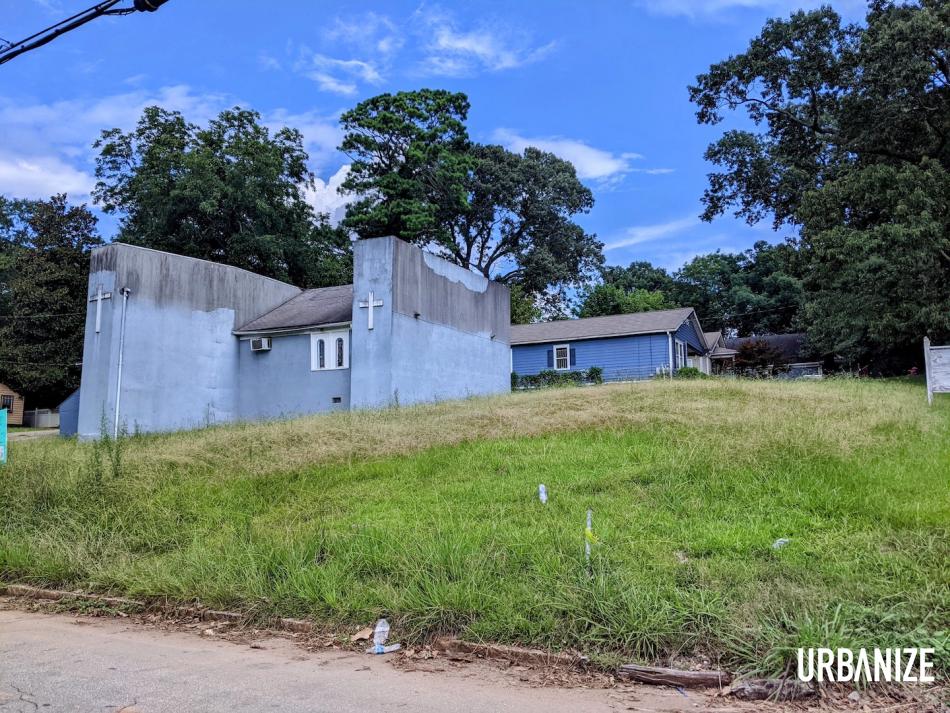 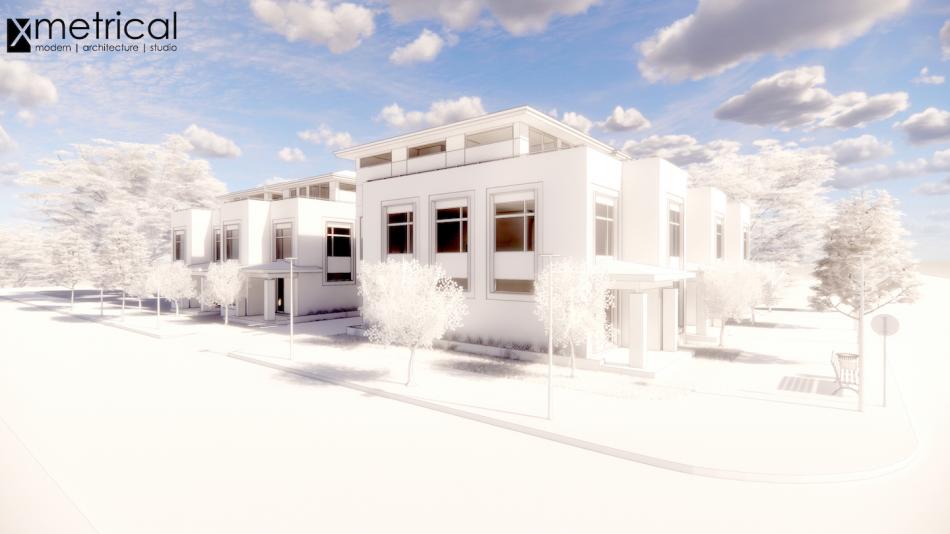 The Kirkwood Neighbors Organization approved the 2250 Memorial Drive plans in June, though it remained to be seen where a MARTA bus stop would be moved and rebuilt on site, Decaturish reported. Those four-bedroom homes are expected to be roughly 2,600 square feet, priced between $650,000 and $750,000.

Visit the gallery above for more context and a look at what's planned.