Atlantans have probably never been so relieved to see road crews and notifications of lane closures.

Two months after a ceremonial groundbreaking was held in Inman Park, construction appears to be actually mobilizing along DeKalb Avenue, one of the city’s most notoriously pothole-ridden and dangerous corridors, where years of promised fixes have failed to materialize.

Flashing road signs notify drivers that lane closures began Monday. Signs affixed to light poles near downtown warn of roadwork ahead—for the next six miles. And at two intersections in Candler Park, including the busy crossroads near MARTA where DeKalb Avenue meets Oakdale Road, crews were spotted today replacing sidewalks and pedestrian connections to the avenue. 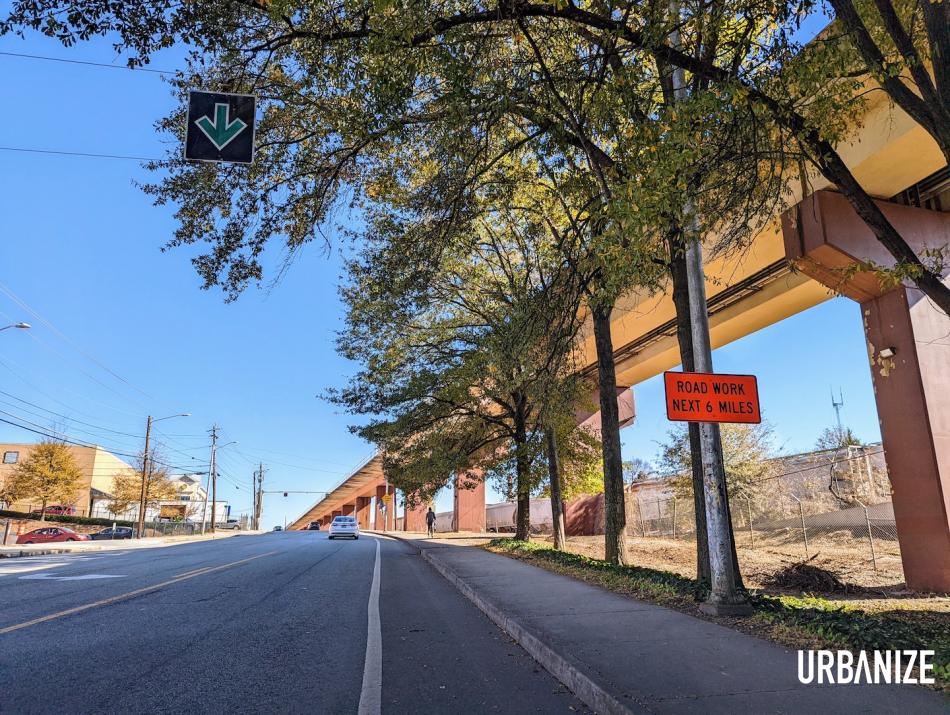 We’ve asked City of Atlanta media officials what the outlook is for DeKalb Avenue repairs, and we’ll update this story with any further details that come.

Atlanta’s Department of Transportation hosted a pre-construction meeting about forthcoming DeKalb Avenue fixes in early November. According to that agency, construction on the DeKalb Avenue Safety Improvement Project, as the initiative is called, technically started last month and is expected to wrap by September 2023.

The scope includes roadway resurfacing, traffic signal coordination, and removal of DeKalb Avenue’s reversible “suicide lane,” a source of accidents, per traffic studies. Left-turn lanes will also be installed at key places, such as Krog Street and Arizona Avenue. 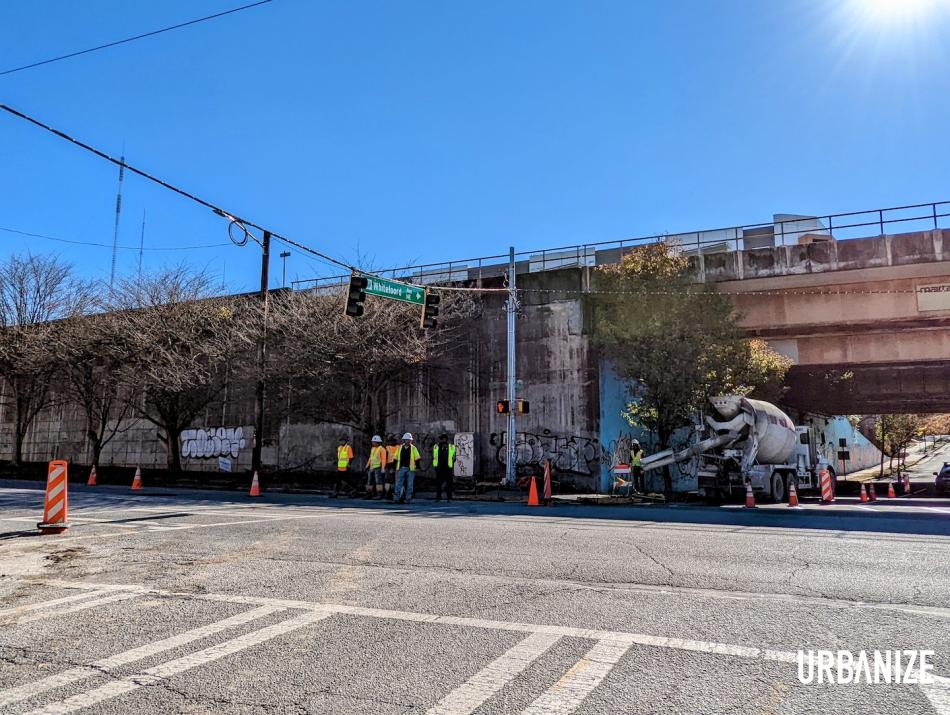 The work will span from Jackson Street in Sweet Auburn to the city limits at Ridgecrest Road near Decatur.

The Atlanta City Council approved $5.4 million for the improvements to Decatur Street and DeKalb Avenue in June. 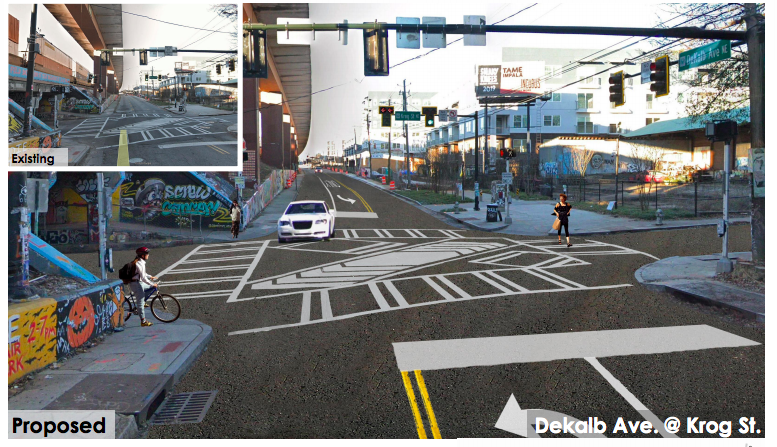 Lanes to help protect bicyclists and other non-vehicle travelers on wheels—LIT, or Light Infrastructure Transportation lanes—will be installed in a few places. The longest stretch, at least in phase one, will run from Inman Park’s MARTA station to about a block east of Moreland Avenue.

Another will help non-drivers move from Arizona Avenue—a popular entry point into Edgewood and Kirkwood, near the Pratt Pullman District—toward a system of PATH Trails in Candler Park, and vice versa.

Advocates for “complete streets” in Atlanta, namely the Atlanta Bicycle Coalition, have pointed out that phase-one upgrades will fall short of the more expansive DeKalb Avenue vision they’ve been lobbying for since 2014.

A complete street design had been funded as part of the Renew Atlanta and TSPLOST initiative approved by Atlanta voters in 2015 and 2016. It was cut, however, when funding projections fell short in 2019.