Like other Atlanta edge cities from Stone Mountain to Dunwoody and around to Smyrna, significant changes have been brewing or coming to fruition lately in the DeKalb County city of Tucker.

Just last month, the city of an estimated 37,000 residents landed a $1.5-million federal trail grant that’s expected to help fund construction of a three-mile, multi-use path between downtown and the reimagined mall. That would be the first piece in a massive, 32-mile web of Tucker trails planned in collaboration with the PATH Foundation. 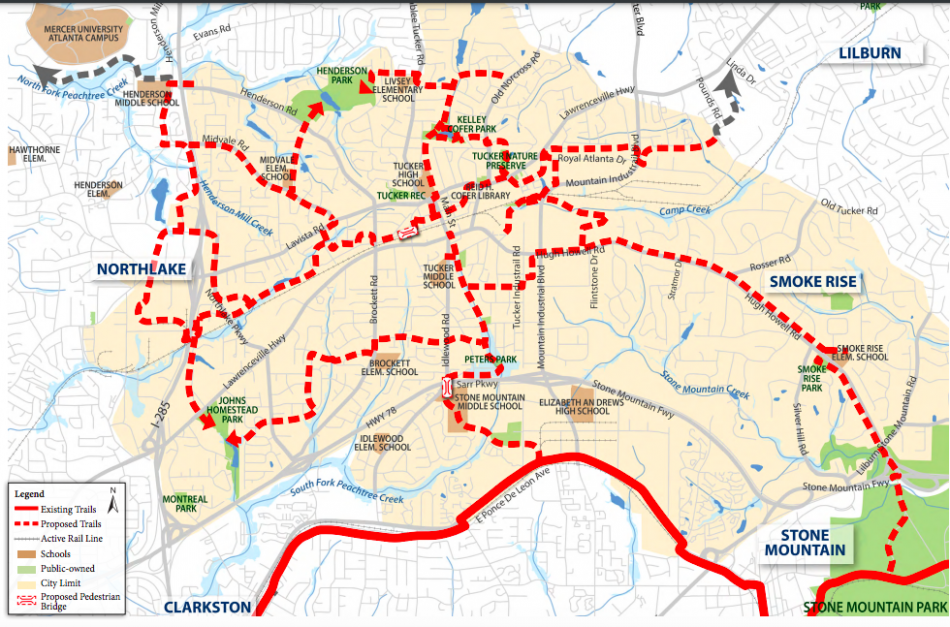 But city and county officials aren’t satisfied. They stress that a tax initiative on ballots this year is the only expedient means of fleshing out the vision for downtown Tucker and many key corridors leading to it.

As with Atlanta’s TSPLOST 2.0 being put to voters in May, DeKalb County’s SPLOST (that’s Special Purpose Local Option Sales Tax) will appear on November ballots this year. 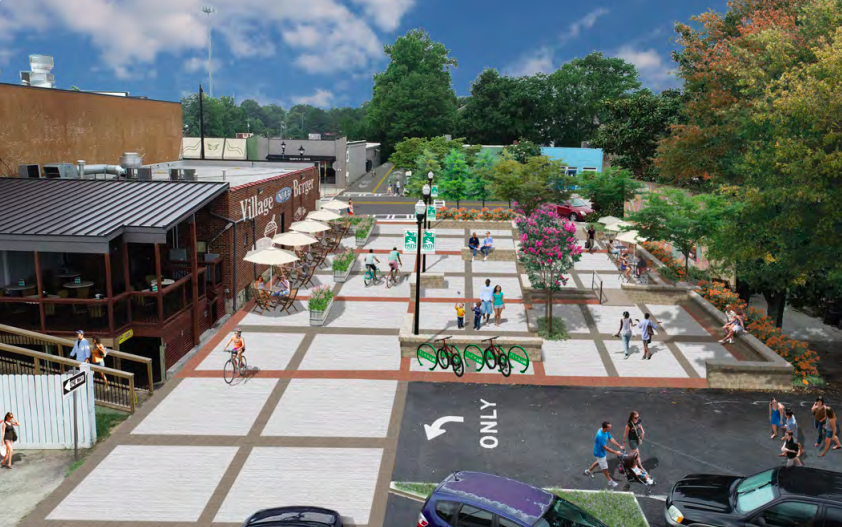 The proposed renovation of an alley, between Main Street and Fourth Street, and the existing Freemason Square is one facet of the extensive Tucker PATH Trail Master Plan. City of Tucker/PATH/Kaizen Collaborative

It might only be February, but DeKalb leaders have emailed Urbanize Atlanta with a message that the penny sales tax measure is of “critical importance” in providing “funding to ensure the county and City of Tucker continue to thrive.”

According to DeKalb officials, a one-cent sales tax would generate about $636 million for county and city governments over the next six years.

Of that, Tucker could rake in about $32 million in improvement funds through 2024. (For context, the first 2.3-mile segments of the PATH system in Tucker were expected to cost $4.5 million, per a 2019 report.) 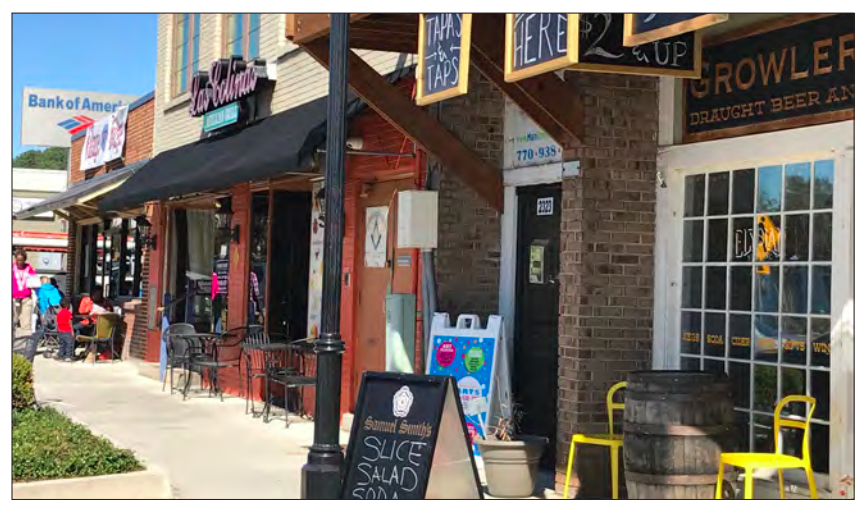 As part of the Tucker Summit Community Improvement District, the cash could help fund sidewalk installations, pothole and pavement repairs, curb widening, and other improvements. 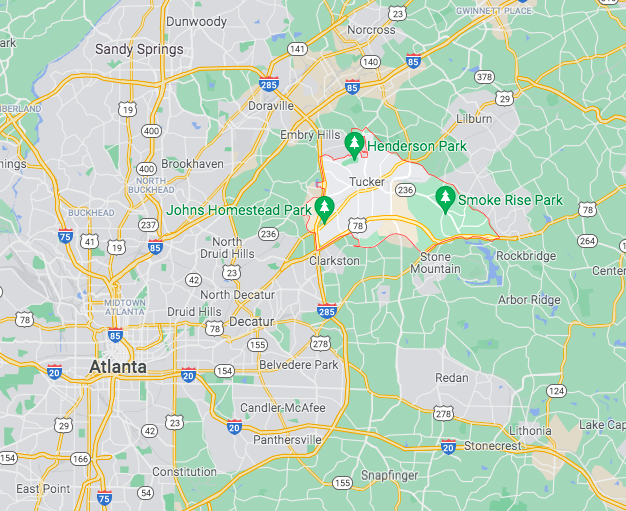 The commissioners are pulling for the City of Tucker and CID to each match the financial contribution, meaning $300,000 could be committed toward sprucing the boulevard leading into Tucker and improving its functionality. [CORRECTION, 2:01 p.m. February 7: The Tucker Summit CID is already committed to contribute $100,000 to the initiative.] 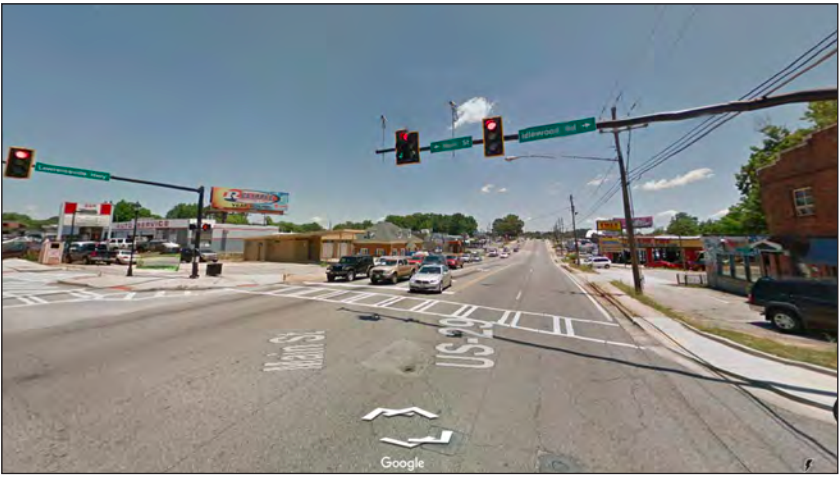 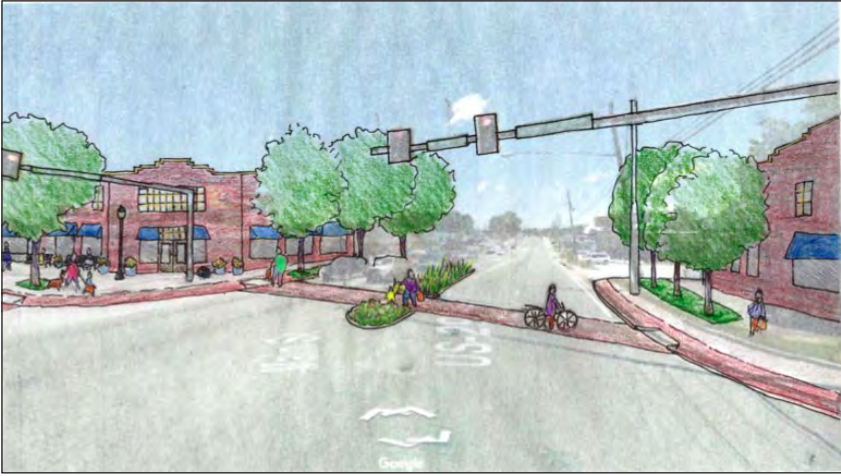