In a recent missive provided to this website, PATH Foundation executive director Greta deMayo stressed that the 30-year-old nonprofit needs the public’s help in order to finish a world-class trail system providing a means of recreation and safer transportation across Atlanta.

PATH has been promised $28 million that would go toward 11 trail projects—roughly 10 miles, collectively—included on the Moving Atlanta Forward project list, to be decided during this week’s primary election. In terms of accountability (not exactly the strong suit of Atlanta bond and TSPLOST initiatives in recent years), deMayo pledges that PATH will work alongside the Atlanta Department of Transportation to tackle each of those projects in five years.

“Over the past two years of the pandemic, PATH has seen the importance of PATH trails for everyone’s physical and mental health,” deMayo wrote. “Trails have become a tangible asset and an important part of everyone’s quality of life in [Atlanta]. With the goal to connect all neighborhoods [in the city], local funding for PATH to partner with philanthropic funding is critical.”

While the scope of the $750-million Moving Atlanta Forward program goes far beyond pathways for biking and jogging—improved sidewalks and traffic signals, bridge upgrades, street paving, and even $58 million for new or upgraded fire stations around the city are included—not everyone is on board with the idea of handing over more tax dollars for city-controlled infrastructure initiatives.

In our in-house, unscientific poll last month, more than 1/3 of voters said they would vote “no” to the tax-funded program or wouldn’t vote at all. 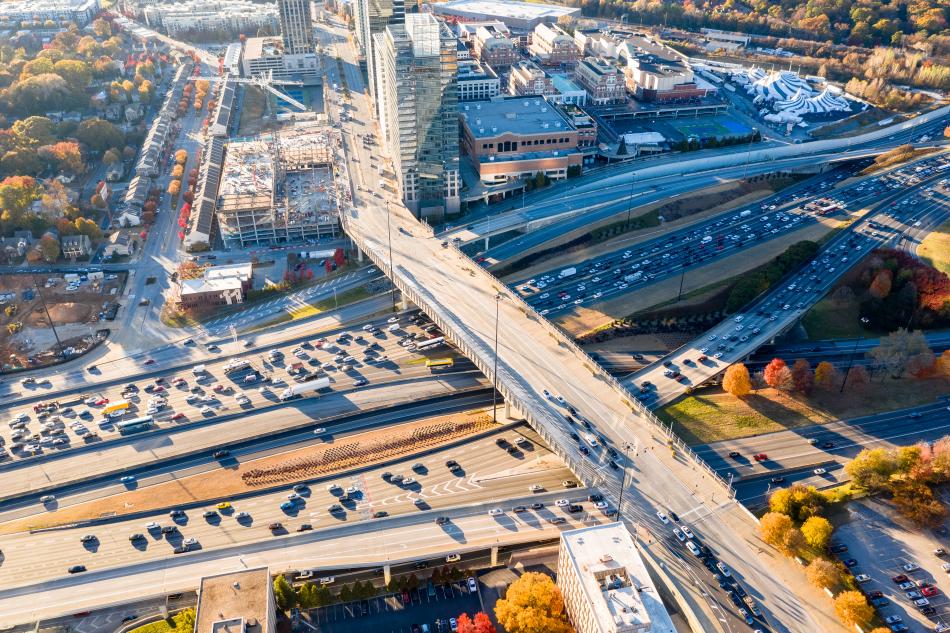 To help illustrate what’s at stake, city officials released last month the list of infrastructure projects that would be covered by two bonds and a renewal of the controversial TSPLOST (Transportation Special Purpose Local Option Sales Tax) approved in 2016, which expired this year. They also outlined methodologies for picking which projects made the cut.

The spotty implementation of the last TSPLOST program—and questionable decisions like building a notoriously expensive, futuristic serpent of a bridge over Northside Drive—have left even Atlanta’s most ardent mobility advocates with a love-hate TPLOST relationship. That could be a hurdle.

The Mayor’s Office has insisted “the city has strengthened its internal capabilities to delivery projects on time and on budget,” and that the three ballot measures would be a sound use of public funds, per an April announcement.

As a primer (for those who didn’t vote early), below are the three ballot questions pertaining to the Moving Atlanta Forward project list. Happy voting, ATL.