A triangular building downtown near the Sweet Auburn Curb Market is being restored to its original height with architecture meant to pay homage to Atlanta history.

The Smith Dalia Architects-designed project is adding two stories to the wedge-shaped, one-level structure at 183 Edgewood Avenue, the longtime home of a Subway restaurant.

According to permit filings, the $4.1-million project will also renovate the 187 Edgewood Avenue building next door (the Edgewood Center for low-income housing) to create a total of 50 apartments where the avenue meets Coca-Cola Place. 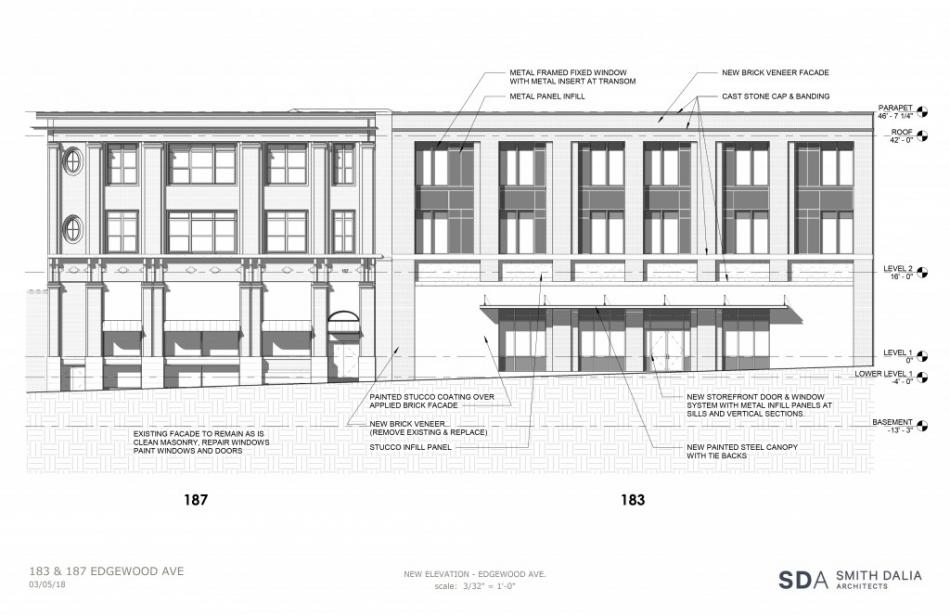 Plans for the new facade at 183 Edgewood Avenue SE, with a revised storefront beneath apartments. Smith Dalia Architects

Plans call for the adaptive-reuse build—in the works since at least 2018—to include a revived storefront below the new residential floors. That portion will be called Edgewood Center II and will also contain supportive housing, per the architects.

The buildings overlook the Atlanta Streetcar line, about a block from Sweet Auburn’s celebrated Municipal Market. The 200 Edgewood student apartment complex, built a few years ago by Place Properties, stands across the street.

The site has a deep history tied to Atlanta’s most iconic brand. 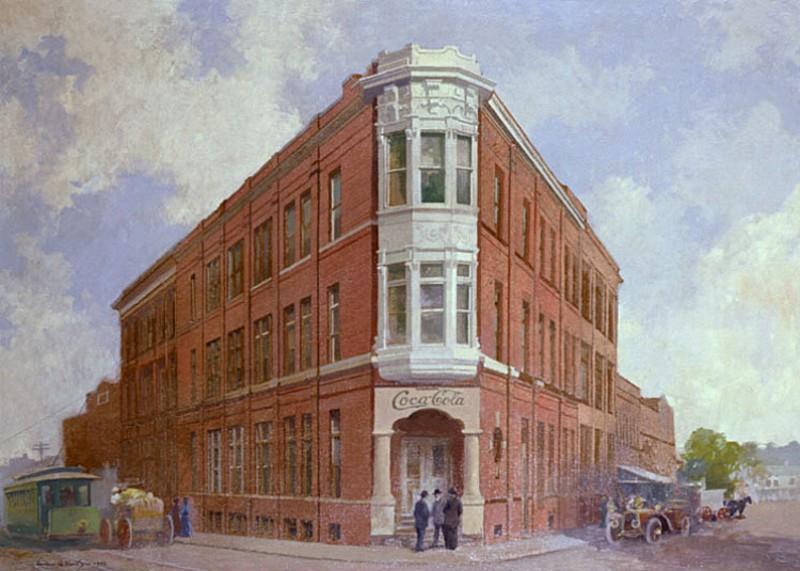 A 1930s painting of the classical Coca-Cola bottling facility at 183 Edgewood Avenue SE downtown. A streetcar runs a similar route beside the building as Atlanta's system does today. Via Smith Dalia Architects

The building that’s housed Subway was originally constructed as a three-story Coca-Cola bottling plant in 1898, followed by an annex next door (the portion still standing) six years later. The 183 Edgewood Avenue structure was reduced down to a single story in 1954, according to Smith Dalia’s research.

The firm’s plans call for restoring the “distinctive triangle design and streetscape,” with more floors of long-term supportive housing in the Martin Luther King Jr. Historic District. The center’s previous dorm-style rooms will be upgraded to studios, with shared living areas and amenities elsewhere on the property. 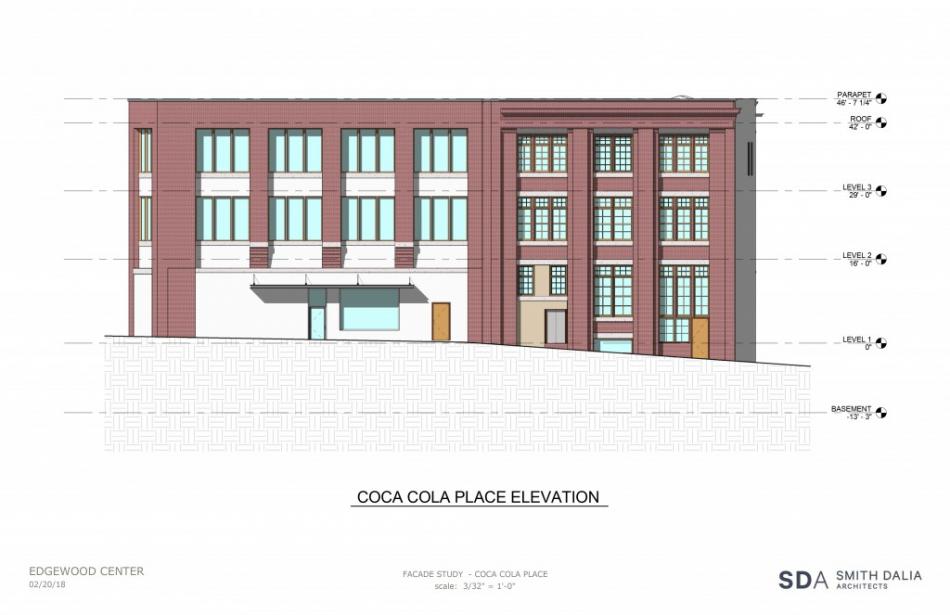 Square footage is being increased by nearly 1/3, and along with laundry facilities, onsite supportive services will include health support and property management, per the architecture firm.

“The two additional stories will align with the top two floors of the current Edgewood Center,” reads a Smith Dalia project summary, “making the two buildings once again the same height.”

[Correction: This article previously stated Central Atlanta Progress is leading the project, as has been specified online, but a CAP official writes to clarify: "We are not actually directly involved—though we may be characterized as such in reference to our broader work in the neighborhood."]