Plans are moving forward to swap a vacant downtown lot with six modern-style townhomes in the shadow of Kanye West’s house—err, Mercedes-Benz Stadium.

According to building permit applications, the Blank Design + Architecture-designed venture would rise on a .16-acre corner site where Markham and Haynes streets meet in Castleberry Hill, just east of Northside Drive. The Benz is roughly a block and ½ north of there.

The infill project would consist of a half-dozen, four-story townhouses topped by rooftop decks with views of the Falcons and Atlanta United stadium.

The corner lot in question is at left, as seen in November 2019. Google Maps

Each unit would have three bedrooms and two and ½ bathrooms in about 2,000 square feet, with single-car garages below, per building permit paperwork.

According to Berkshire Hathaway HomeServices Georgia Properties, the property is listed at $600,000 and has been under contract for months.

“This lot is ready and primed for your builders to build six townhomes,” reads the listing. “Major development in progress in the area.” 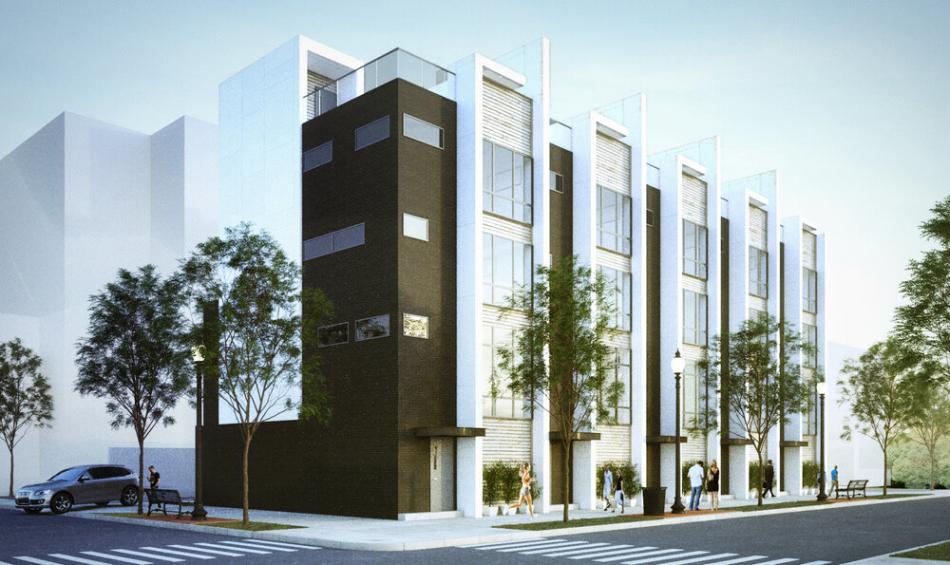 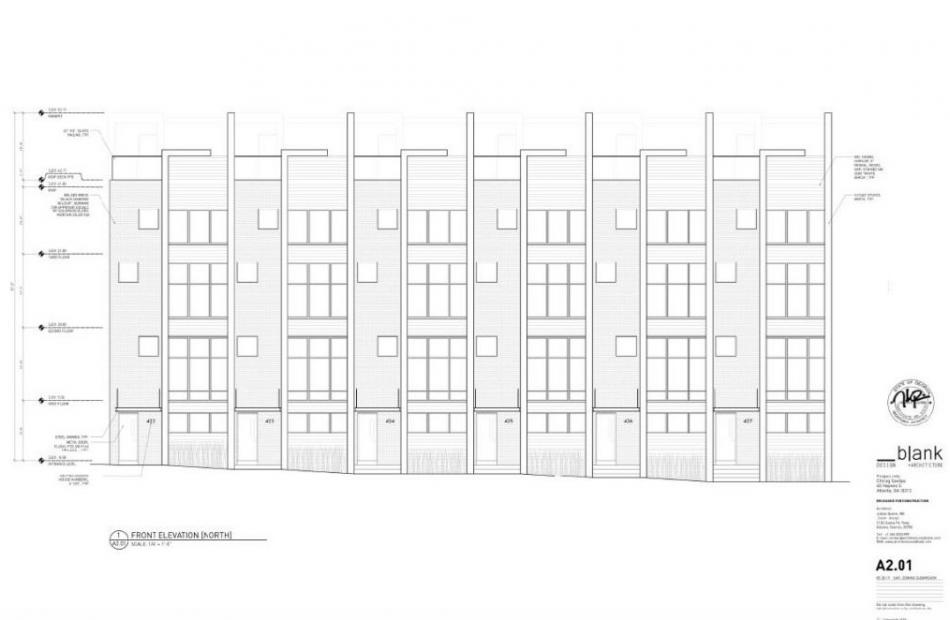 The property’s 70 Walk Score is bested by an “excellent” Transit Score of 76.

The site’s owner is listed in building permit applications as Azeez Khan, a Realtor with Berkshire Hathaway HomeServices. We’ve reached out to Khan for details on when the deal might close and when construction might move forward, and we’ll post any additional info that comes.

Have a detailed look at the townhome plans in the gallery.