If you live in Atlanta and have even a passing interest in housing market trends—or know someone who’s waded into the treacherous waters of homebuying since mid-2020—you’ve probably heard the horror stories.

Merciless bidding wars. Closing prices over asking. Multiple offers within hours. A family forgoing an inspection on their future house to ensure the seller picks them.

Consider: Within Atlanta city limits, median home prices ballooned by more than 23 percent between June 2020 and last month, according to Redfin market research. Average time on market has been slashed by more than half to 20 days, while median sales prices for all neighborhoods have climbed above $400,000. 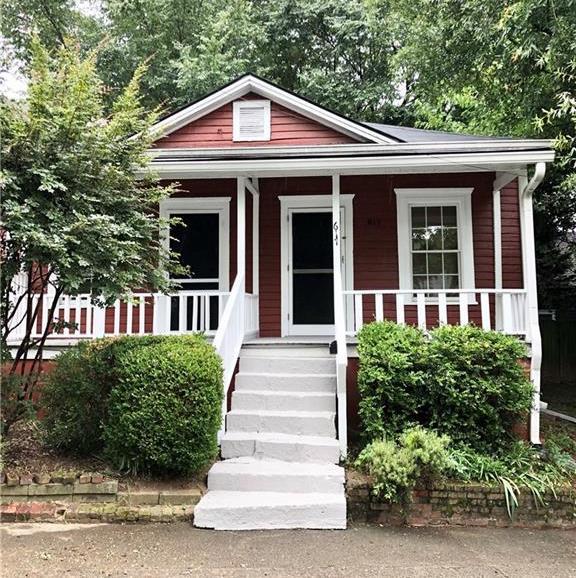 Indicative of intown pricing trends, this one-bedroom cottage in Cabbagetown is asking $500,000 at 617 Tennelle Street right now. It's a fixer-upper from the 1920s. J Ross Properties

Opendoor recently surveyed more than 850 people planning to buy or sell a home in the next year. Data was collected from six Sunbelt markets: Atlanta, Charlotte, Dallas, Nashville, Phoenix, and Raleigh-Durham.

Not surprisingly, a majority of those surveyed in each city believe now is a terrific time to sell your house.

But metro Atlantans were the most optimistic—by a considerable margin—when it comes to buying a house in the current local market, according to the findings.

Sixty-four percent of those polled in Atlanta think now’s a good time to buy, and 72 percent said buying today remains a good investment.

People continue to enter Atlanta’s homebuying market, in fact, at a record rate, according to Opendoor analysts.

Contrast that with, say, Nashville, where just 23 percent say buying now is wise. Or Phoenix, where the lowest portion (43 percent) consider homes a good investment these days.

“With a booming economy and vibrant local communities, people from in and out of Georgia are flocking to Atlanta,” said Jay Cherry, an Opendoor regional general manager, in a prepared statement. “Across all markets surveyed, prospective buyers in Atlanta were the most optimistic about the market opportunity."

Cherry said those findings come as little surprise, given "the combination of affordability, Southern hospitality, and outstanding lifestyle that Atlanta provides residents.”

We asked for details on where Atlanta buyers have been coming from, exactly, but that wasn’t available.

Opendoor reps did share a rundown from RentSpree that shows new renters in Georgia have been relocating from Florida, New York, and California—in that order.