By now, most Atlantans have probably heard the horror stories from today’s cutthroat housing market, where historically tight supply and exploding home prices have combined for a homebuyers’ crap sandwich of legendary proportions.

But which generation in the homebuying cohort is positioned the best—or is the most screwed—right now?

Point2, an international real estate search portal, set out to answer that question by analyzing income levels, net worth, and median housing prices in the most populous U.S. counties. Key sources were U.S. Census and Federal Reserve Board data.

Four counties in metro Atlanta—the four most populous counties in Georgia, each rapidly growing—qualified. The results could seem surprising, depressing, or even uplifting, depending on how old metro Atlantans are right now. And where they currently live.

Point2 found that Gen Z Gwinnettians (homebuyers age 24 and younger) can comfortably afford to buy the most space in the country—1,505 square feet—based on their current incomes and net worth. 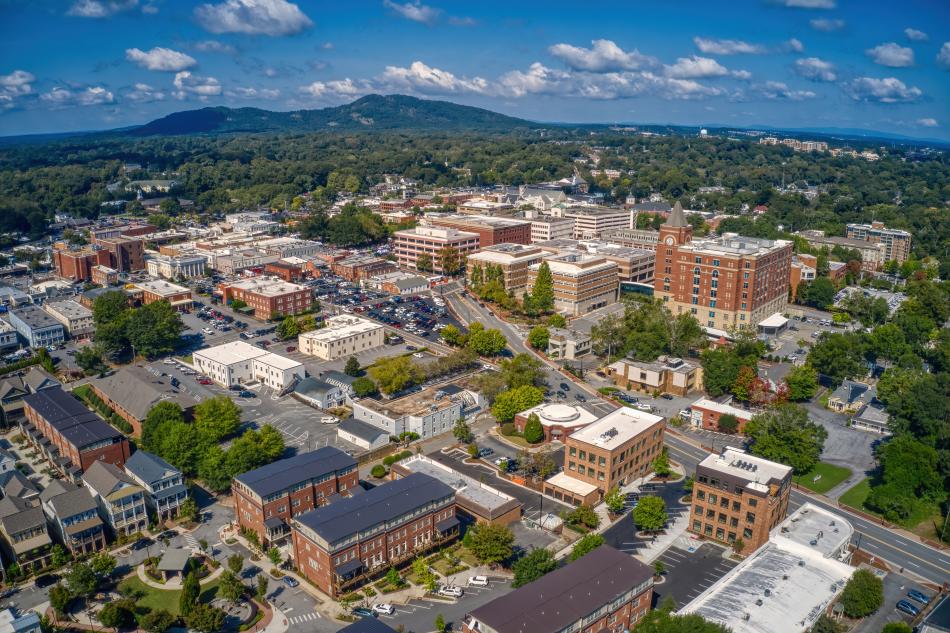 Cobb County, meanwhile, ranked among only five counties where Millennials (defined by Point2 as ages 25 to 44 right now) can comfortably afford to buy homes with more than 2,500 square feet of living space.

Cobb also ranked among just six counties where Baby Boomers (those over age 65) can buy homes between 2,000 and 2,500 square feet without breaking the bank, per analysts’ findings. (That’s assuming a generation of mostly retired empty-nesters would want to live large like that.)

In Fulton County, which has the metro’s highest median home prices ($433,540), Gen Z buyers are particularly screwed right now; their price ceilings are around $186,000, based on net worth and income.

On the other hand, Millennials and Gen Xers (ages 46 to 64) are sitting relatively pretty in Fulton, with maximum home prices of $444,000 and $596,000, respectively, in their affordability wheelhouses at the moment, the study found.

The picture was less rosy in DeKalb County.

Despite a more reasonable median price of $389,000, DeKalb housing still clanged as unaffordable for three generations, per Point2’ analysis. Only Gen Xers, generally speaking, can afford the bulk of homes in DeKalb, with their affordability ceiling coming in at just over $412,000.

• What a $99K downtown Atlanta condo looks like (Urbanize Atlanta)