Another freestanding banking center is bound for a prime piece of intown Atlanta real estate.

Chase Bank officials have confirmed to Urbanize Atlanta they plan to build a new branch on a vacant lot in Summerhill at the southeast corner of two rapidly developing streets, Georgia Avenue and Hank Aaron Drive.

A permit application filed March 30 reveals, and Chase confirms, the new standalone branch will operate across the street from Georgia State University’s Center Parc Stadium. The .45-acre parcel in question has been used as surface parking for decades. 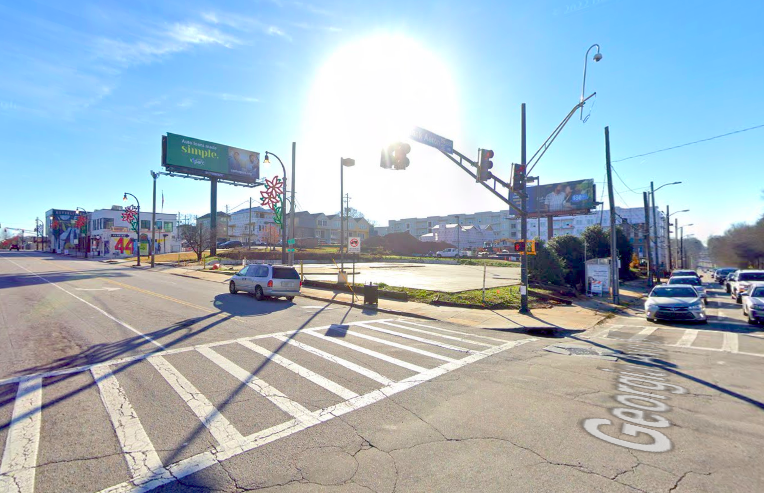 The Summerhill corner as seen in December, prior to construction. Google Maps

Chase reps haven’t responded to inquiries regarding a construction timeline, and no renderings or other imagery for the planned banking center were available.

The plans follow construction of another drive-up Chase Bank branch taking shape at 891 Ponce de Leon Avenue in Poncey-Highland. That sidewalk-fronting business is replacing a vacant former Rite Aid, on a walkable section of Ponce next to Fellini’s Pizza. 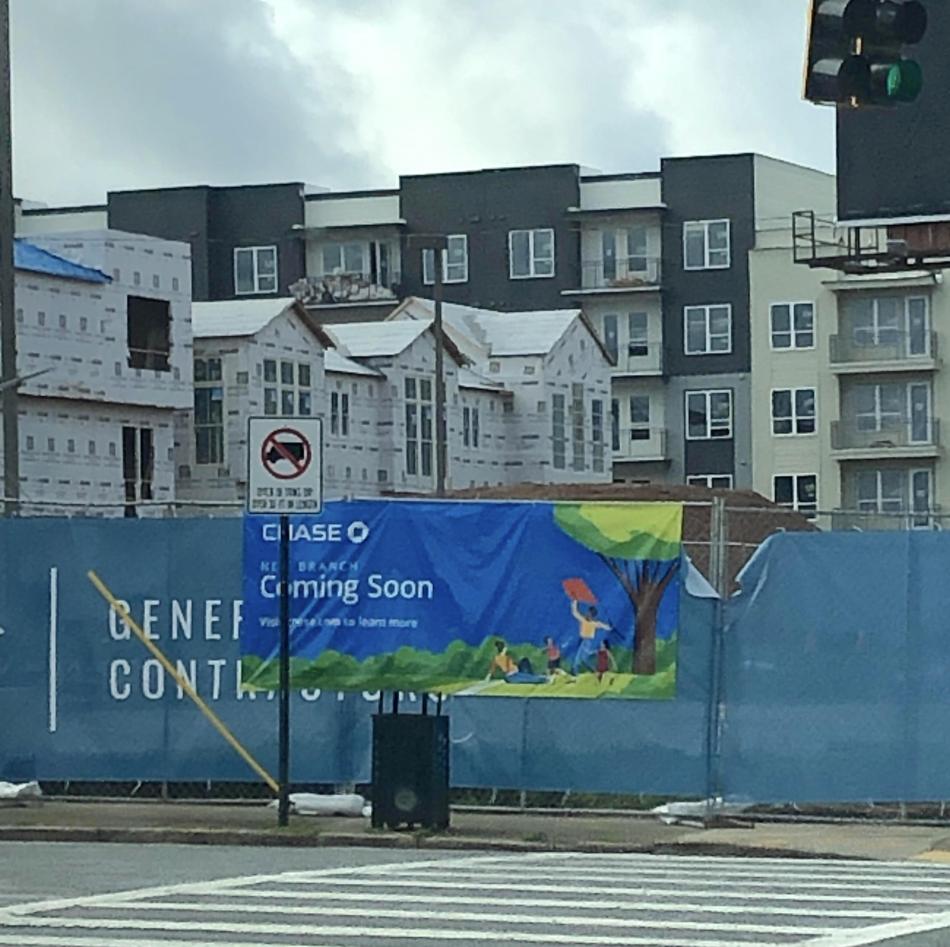 Construction fencing and bank signage around the .45-acre site this week. Submitted

Chase’s plans for the northwest section of Summerhill—Urbanize’s Neighborhood of the Year 2021 runner-up—join a groundswell of development that’s kicked into overdrive since the Atlanta Braves relocated.

In blocks surrounding Center Parc Stadium, roughly 1,200 apartments and townhomes have opened, or are under construction now.

Ongoing projects include the next phase of 100 townhomes by Hedgewood Homes, part of Carter's broader Summerhill development; a 30-townhome project by Empire Communities called Lovetree; and a 325-unit apartment complex, Alexan Summerhill, by Trammel Crow Residential. 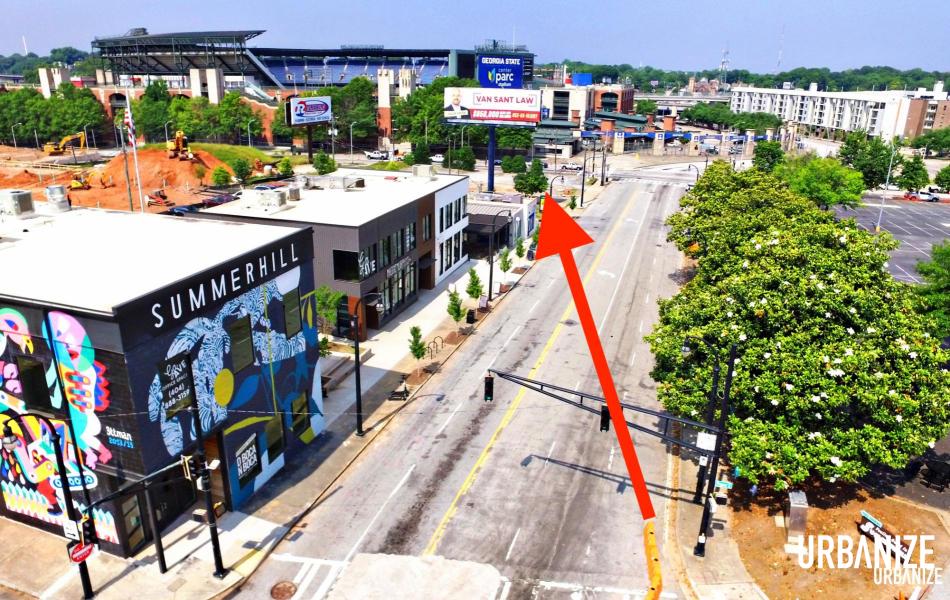 The corner in question, in the context of Georgia Avenue retail and GSU's football stadium, as seen last May. Josh Green/Urbanize Atlanta