Atlanta preservationists could take heart in seeing the state of downtown’s Mitchell Street these days.

That’s where the long-awaited revival of South Downtown’s Hotel Row is clearly underway, and stately buildings dating back as far as 1908 are being gutted and renovated, in hopes of creating a lively retail destination a few blocks from Mercedes-Benz Stadium and other big-ticket downtown investments.

Hotel Row spaces are expected to deliver at the end of 2021, according to officials with Newport, a Germany-based developer with US headquarters in Atlanta. The project includes the rehab of 19th-century, brick hotel buildings the Scoville, the Sylvan, and the Gordon—all originally constructed to serve passengers arriving from nearby Terminal Station.

The buildings’ mass timber framework and exterior facades are being preserved to reflect their historic character and introduce about 32,000 square feet of mixed uses, according to Balfour Beatty, the construction company leading renovations. 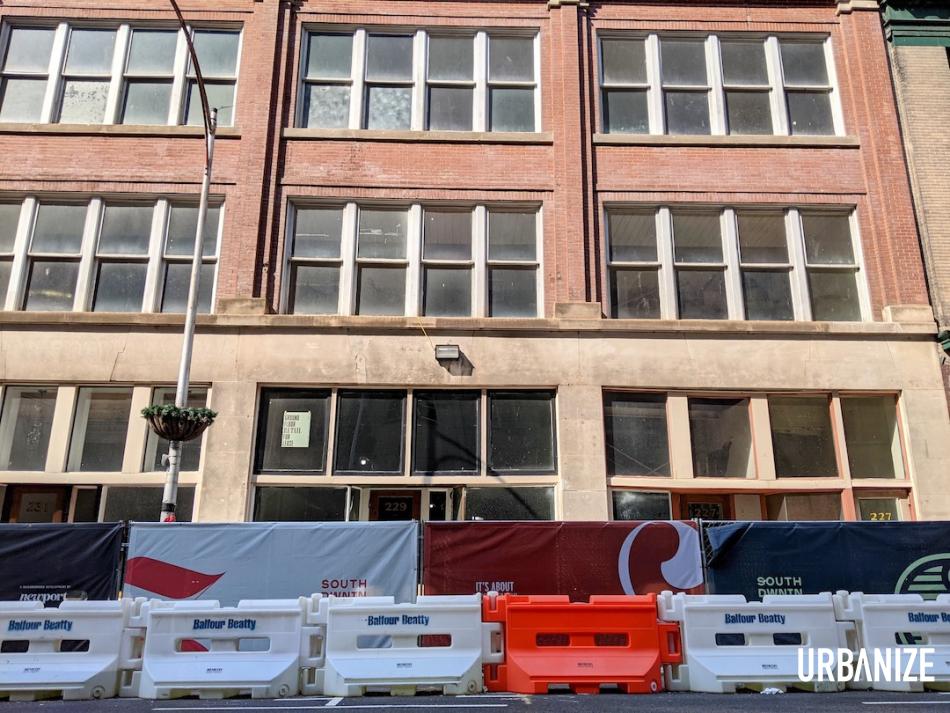 Spaces 231 to 227 Mitchell Street and the Sylvan Factory Lofts above, an 11-unit conversion completed in 1989. Josh Green/Urbanize Atlanta

Newport announced in June it has signed two tenants for Hotel Row spaces so far, both expected to open in early 2022.

How Crispy, which operates an express location in Summerhill, will go brick-and-mortar in a space at 235 Mitchell Street.

Down the street at 219 Mitchell, Slater Hospitality will open a pizza shop with a walk-up window, plus an underground cocktail bar in the basement built around an existing Outkast graffiti mural. Slater Hospitality is behind 9 Mile Station and Skyline Park at Ponce City Market, and another rooftop concept underway at West Midtown’s Interlock.

Meanwhile, across the street, site work and promotional efforts have begun at Newport’s largest downtown holding, 222 Mitchell. A duckpin bowling game bar, Pins Mechanical Company, plans to open in those long-vacant buildings in 2023, and a rooftop concept is also brewing.

Have a quick, closer look in the gallery above.