The revival of historic buildings along downtown’s Mitchell Street into Hotel Row has gained momentum with the signing of its first office tenant, leasing officials said today.

Atlanta-based strategy firm Ohio River South plans to move its headquarters into a 4,726-square-foot space in Newport’s adaptive-reuse district in coming months, following the lead of restaurants and a gaming concept inked earlier this year, according to JLL.

The lobbyist group, which specializes in business, government, and politics, plans to open its new headquarters in the first quarter of 2022 at the Sylvan building, the renovated former Sylvan Hotel. 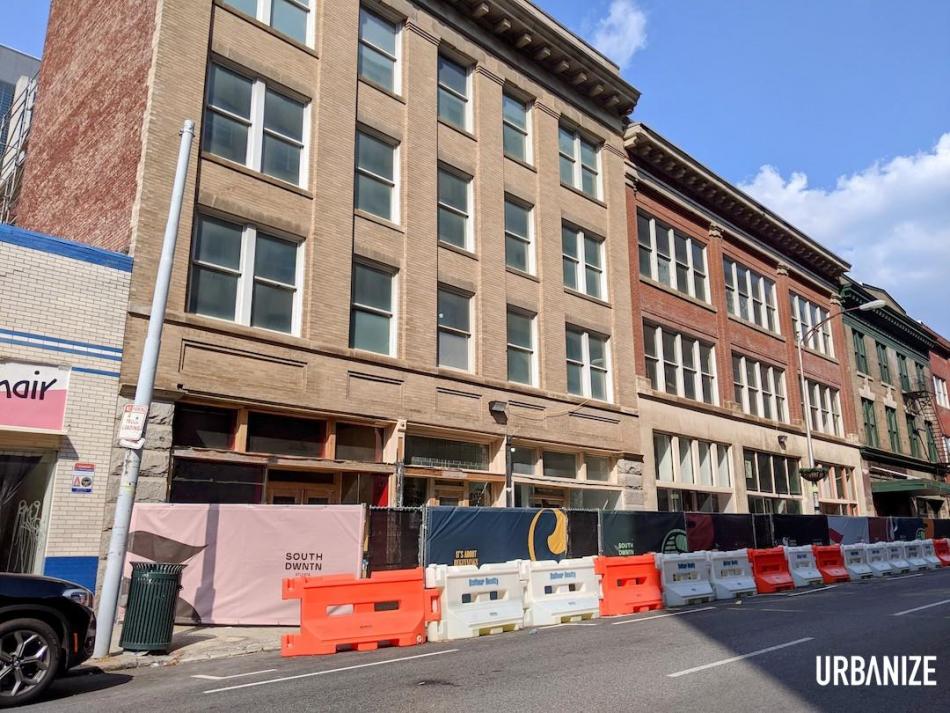 Renovation work along Mitchell Street, including the Sylvan building at left, as seen in August. Josh Green/Urbanize Atlanta

The building will also introduce 7,034 square feet of retail with areas for outdoor seating. Part of that space has been leased by counter-service chicken sandwich restaurant How Crispy.

That concept, along with Pizza Clementine, expects to open on Hotel Row next spring. The latter is a pizzeria and bar by Atlanta-based Slater Hospitality, the company behind Nine Mile Station and Skyline Park atop Ponce City Market, and the forthcoming Leave of Absence being built over Howell Mill Road at the Interlock.

All told, Hotel Row will bring more than 90,000 square feet of retail to streets in the district branded “South Dwntn,” while also occupying basement and rooftop spaces. Nearly 300,000 square feet of Class A and creative office space is also planned. 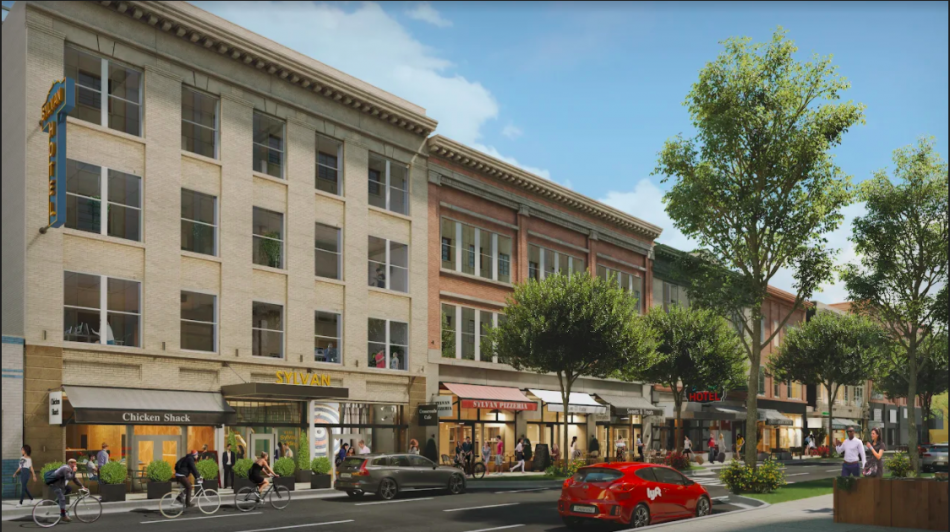 The planned look of Hotel Row mixed-uses, beginning with the Sylvan building. Courtesy of Newport

Being within walking distance of the Gold Dome appears to have paid off with the initial office tenant.

Howard Franklin, Ohio River South’s managing director, said in a prepared statement the company is “looking forward to relocating our headquarters to a historic area of the city and [appreciates] the competitive advantages of being located near best-in-class, walkable amenities.”